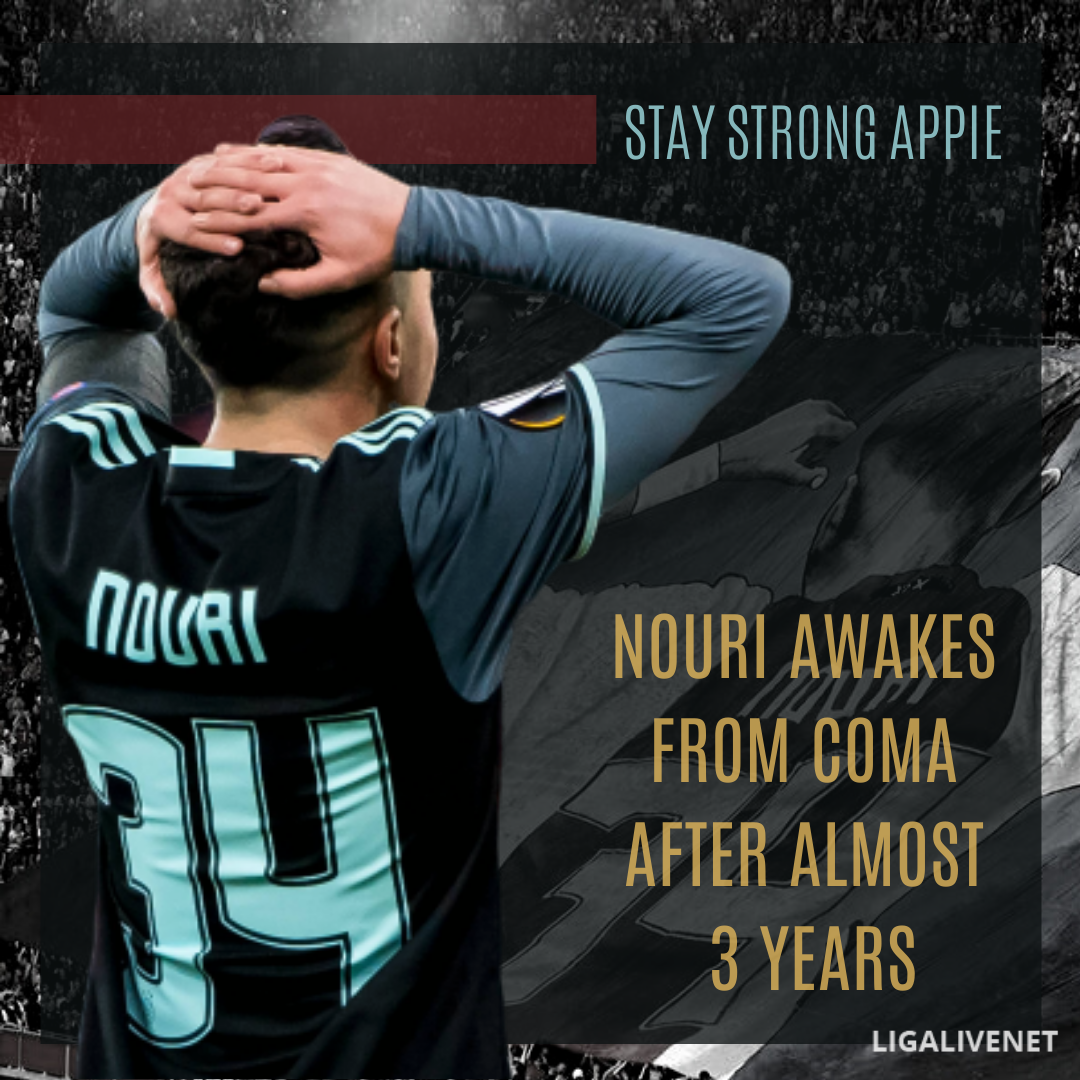 Abdelhak Nouri, former Ajax player who collapsed during a match against Werder Bremen, is awake again after spending 32 months in a coma.

Abdelhak Nouri, former Ajax player who collapsed during a match against Werder Bremen, is awake again after spending 32 months in a coma.

His brother Abderrahim stated that Appie is awake, he can eat and sit, he recognizes his family, but is still very dependent.

Nouri, who was 19 years old at the time, suffered a cardiac arrest on the field on July 8, 2017 in Austria, resulting in brain damage and comatose state.

A year later, in June 2018, Ajax admitted that the treatment of Nouri was “inadequate” at the time. According to reports, it was the 72nd minute of the game when Appie fell to the ground. It took the referee 10 seconds to notice and call for medical attention, another 10 seconds for the Ajax physio to arrive, and in another 15 seconds the club doctor was there too. Only after three minutes of treatment, the medics realized that Nouri was suffering cardiac arrest. He was connected to a defibrilator 7 minutes after he collapsed. It might be possible that Nouri's vegetative state is a result of not being resuscitated quickly enough.