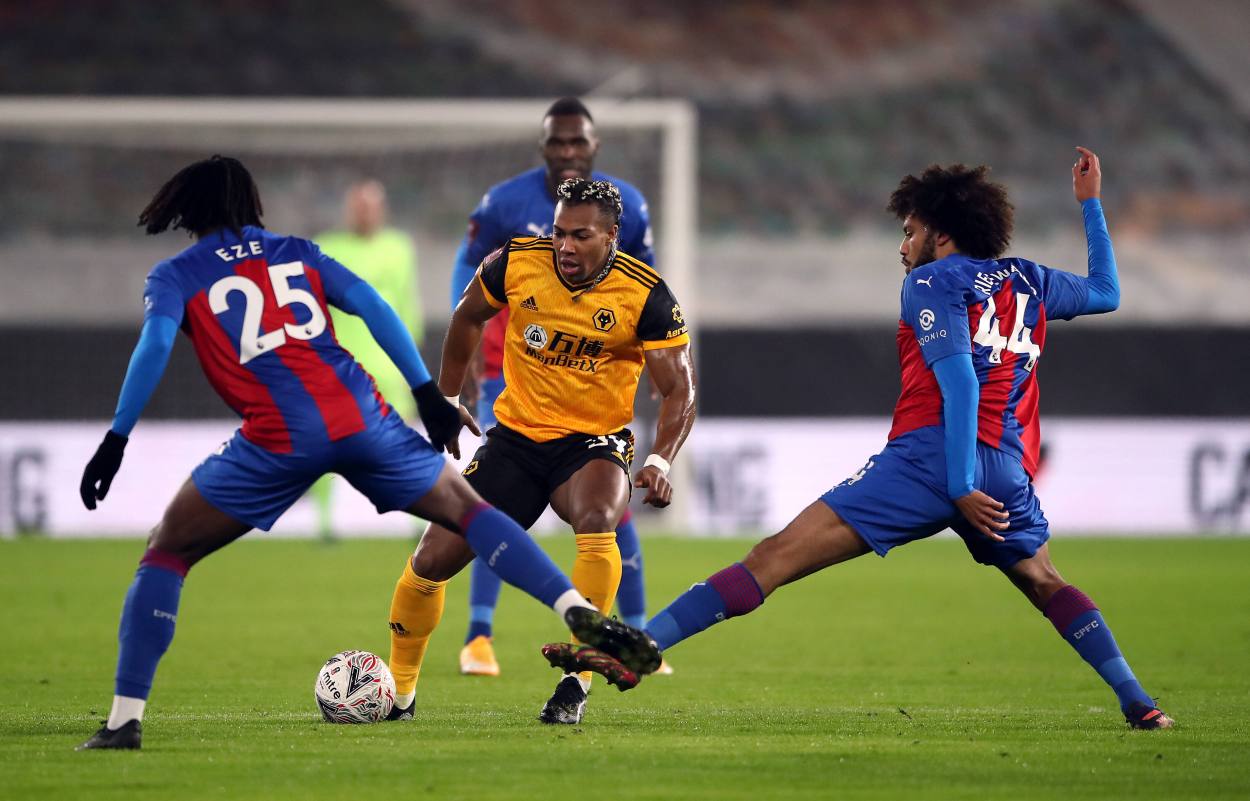 Adama Traore scored the winner as Wolverhampton Wanderers beat Crystal Palace to reach the fourth round of the FA Cup.

Nuno Espirito Santo’s men put their bad run in Premier League behind and progressed through to the next round of the FA Cup with a narrow win over a much-changed Crystal Palace.

Contrary to the Wolves team which had largely first-choice players, Roy Hodgson made nine changes to the Palace side from PL win over Sheffield United. In a game lack of finishing quality, it was all Wolves in the first half and the first clear chance was created by the home side when Pedro Neto’s delicious cross was put over the bar by Fábio Silva.

Ten minutes before the break, Wolves the deserved lead.

Despite the introduction of Palace boss cut a downhearted figure in his technical area.

“He has been really trying in training sessions and that is why I am so happy. It was a special goal from a special player. Adama is a versatile player, who can play in a couple of positions and one thing we are sure about is that every time he is on the pitch he always has an impact.”