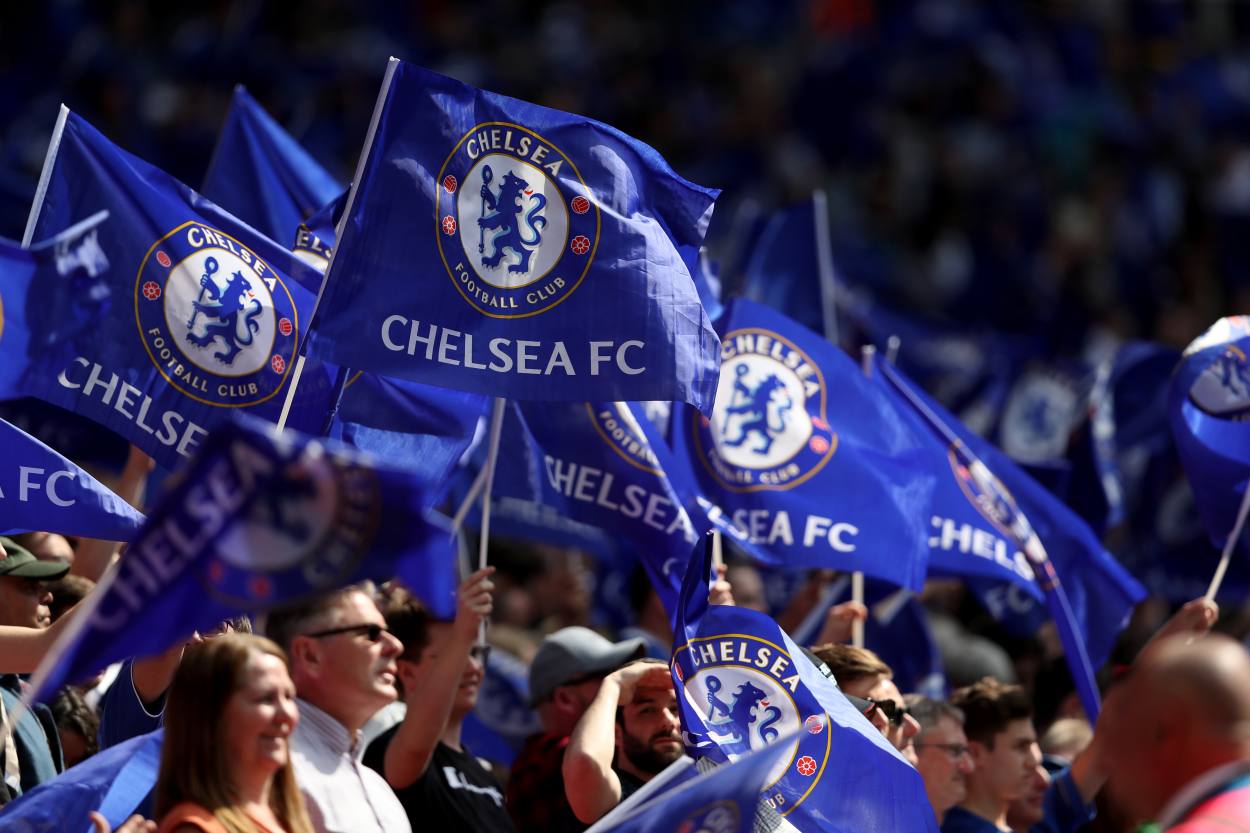 In 1904, English businessman Gus Mears bought Stamford Bridge Athletic complex with the aim of turning it into a football ground. After seeing his offer of playing in the stadium rejected by Fulham FC, Gus Mears founded his own club Chelsea FC on March 10, 1905, in a pub on Fulham Road.

As he was selecting the name of the soon-to-be founded club, Mears mulled over many names including Stamford Bridge FC, Kensington FC, and London FC. He eventually settled on naming the club after the borough (Chelsea) which was adjacent to the Fulham area.

From its early days, Chelsea FC proved to be a huge hit among the locals and became the first team in Britain to enjoy a regular attendance of 40,000 people on match days. That, combined with the financial prowess of its owner, turned Chelsea into one of the richest clubs of the country and allowed it to lure world-class players.

Still, while the club was financially sound, its performances on the pitch were anything but. Hence the reason why it was at the start of 1954/55 season, more than 50 years after the club’s birth, that Chelsea was able to win its first major trophy.

Since then, the club has never looked back. Apart from being the only club in London to win the prestigious UEFA Champions League, Chelsea have won 13 Premier League titles, 1 UEFA Super Cup, 15 domestic cups and 4 Community Shield titles. As a result, while it started winning trophies only in the 1950s, Chelsea is currently the 4th most successful club in English football.While some Chelsea fans might not agree with this, it’s a fact that most of the club’s successes have come after the start of 21st century in general, and the purchase of the team by Russian billionaire Roman Abramovich in the year 2003, in particular.

To demonstrate why that’s the case, it’s imperative to look at the trophies which the club has won in its history before comparing how many of them have come in the Roman Abramovich era. After all, trophies are the best indicator of how successful or otherwise any club has been over its history.

In its over 110-year history till date, Chelsea has won a grand total of 33 trophies, including the titles it won back when the club was playing in the 2nd tier of English football. Out of those 33 titles, more than half (18) have come in the Roman Abramovich era.

Consequently, even though Chelsea has always enjoyed huge support among the masses – and was the first club in football which employed the concept of ball boys – it was only after the arrival of Roman Abramovich to the scene that Chelsea fans were able to enjoy silverware on a more regular basis. As a result, it won’t be wrong to credit the Russian as the best chairman in the history of the club.

In the first 50 years of its existence, Chelsea failed to win a major trophy before breaking the hoodoo by lifting the league title at the end of 1954/55 season.

After breaching FIFA rules concerning the transfer of foreign under-18 players, Chelsea were slapped with a transfer ban for two successive windows in 2019.

Despite being at 2nd place in October, Chelsea were relegated at the end of 1987/88 season as they finished the season at 18th place and failed to defeat Middlesbrough in the subsequent relegation play-offs.

In February 2015 as they boarded the train back home from their Champions League tie against PSG, a group of Chelsea fans were caught singing racist songs on video preventing a black man from taking his seat in the Paris Metro.

At the end of 1961/62 season, Chelsea, who had won just 9 of the 42 matches that footballing year, were relegated after finishing at the 22nd place in the league table. History repeated itself in the 1978/79 season as well as once again the Blues finished rock bottom.

In Chelsea’s history, no other season comes close to the 1923/24 season in this respect. Despite the roster containing 42 teams, the Blues managed to score only 31 goals in the league that season, their worst tally in front of goal till date.

Just two seasons before disaster struck and they were relegated from division 1, Chelsea conceded a record 100 goals in the league in the 1960/61 season.

After scoring only 44 and conceding a whopping 92 goals in the league, Chelsea finished the 1978/79 season with an abnormal goal difference of -48.

In the 1978/79 season, Chelsea were able to put a meager 20 points on board. Unsurprisingly given their dismal showing on the pitch, the Blues were relegated at the end of that season.

Chelsea were able to win only 5 games during the entirety of 1978/79 season, a club record.

Once again, it is the 1978/79 season which stands out in this regard. The Blues suffered an astounding 27 defeats in the league that season.

Given the fact that they managed to win only 5 games that season, it should be unsurprising to note that it is the 1978/79 season in which Chelsea suffered their worst home record. The club managed to win just three games at home that season.

During the 1978/79 season, Chelsea managed just two wins on the road in 42-game league competition.

Chelsea are the only team in London to have a UEFA Champions League title in their trophy cabinet. The club acquired that honor in May 2012 by defeating Bayern Munich on penalties.

No other team has conceded fewer goals in a single Premier League season than the 15 which Chelsea let-in during the entirety of 2004/05 campaign.

Chelsea are the only English team till date to have claimed Europe’s three major trophies – including UEFA Champions League, UEFA Europa League, and the now-defunct Cup Winners’ Cup. The Blues share that honor with three other European sides.

To this day, Chelsea hold the record for the longest ever unbeaten streak at home in the Premier League. The club went on without suffering a single defeat at Stamford Bridge stadium for 86 games between 20 March 2004 and 26 October 2008.

Chelsea hold the record for the biggest aggregate win in any European competition in history, with a 21-0 victory over Luxembourg side UN Kaerjeng in 97’ giving them the honor.After defeating Bayern Munich at their home ground in the final of the 2012 UEFA Champions League, Chelsea became champions of Europe for the first time in their history. That success, alone, could be categorized as the biggest in the club’s history.

Going into that game, Chelsea fans couldn’t help but remember (and dread) the near misses of the past few seasons. There was that unseen handball against Monaco in 2004; the ghost goal which Liverpool scored against them in 2005; the John Terry slip in 2008; the Andres Iniesta goal which came on the back of some questionable refereeing in 2009.

To put their recent failures in perspective, Chelsea had made it to one final and five semi-finals in the last 6 seasons of the Champions League before that night in Munich. Still, all they had to show for all that effort was a bunch of near-misses.

All that changed courtesy of an extra-time header by Didier Drogba. With Bayern Munich just a few minutes away from lifting the famed trophy on their home ground, the Chelsea legend struck to dash their hopes, before converting the final spot-kick of the resulting penalty kicks to hand Chelsea their first-ever Champions League title.

Three years prior to that day, it was Chelsea’s turn to suffer a comeback.

That time, however, it wasn’t the football played by either team that was the center of attention. Much to the dismay of European football authorities, it was the standard of refereeing that commanded the headlines as Barcelona saw off Chelsea on away goals rule in the 2009 Champions League semi-final.

Prior to the 93rd-minute goal of Andres Iniesta which sent Chelsea packing and Barcelona fans into a frenzy, the Norwegian referee Tom Henning had denied at least four clear penalties to the home side. One such incident was so blatant that Michael Ballack, the Chelsea and Germany midfielder, chased the referee in such a way that his behavior earned him a yellow card.

It wasn’t just the Chelsea fans or players who questioned the referee’s decision making. After the match, the Norwegian referee himself admitted in his post-match report that he had made a number of mistakes during the game. However, that admission meant nothing to the Chelsea squad which would have to wait for three more years to lift the trophy which had eluded them for so long.[svc_carousel_layout car_autoplay=”yes” loadmore=”yes” grid_link_target=”nw” dexcerpt=”yes” dmeta_data=”yes” dsocial=”yes” query_loop=”size:16|order_by:date|order:DESC|post_type:post” grid_thumb_size=”200X172″ svc_class=”bigger-slider” title=”Mehr Stories von Ligalivenet”]After the likes of Manchester United and Manchester City – both of which have been relegated from the Premier League on seven occasions in their history – Chelsea have suffered the most relegations (6) of any side that constantly finishes in the top half of the Premiership.

The last of those relegations – which came in the 1987/88 season – was perhaps the most surprising considering the fact that Chelsea were 2nd in the league that season come October. With the likes of Kerry Dixon and Gordon Durie in the side, nobody could have bet on that Chelsea side to go down.

The club started that season in fine fashion, winning 10 and drawing 1 of their first 18 games in the league, with their early season form elevating them to 2nd place in the table. From then on, the slide started as Chelsea managed to win just 5 of their remaining 22 fixtures, finishing the season at 18th place.

As ill-luck would have it for Chelsea, whether they were able to win the semi-finals of the playoffs by defeating Blackburn Rovers in a two-legged tie, the final saw them locking horns with a Middlesbrough side which came out 2-1 winners after home and away legs of the fixture. Consequently, for the sixth time in their history, Chelsea were forced to try their luck in the 2nd tier of English football.Here are some of the fun facts which you might not know about Chelsea FC:

“The Pensioners:” Before their current nickname got famous, Chelsea’s original nickname was ‘The Pensioners’ as a hospital dedicated for army pensioners was located in the vicinity of the Stamford Bridge Stadium.

“Sold for £1:” With Chelsea being in huge financial trouble at the time, Ken Bates bought the club for £1 in 1982.

“A 50-year drought:” When Jose Mourinho managed Chelsea won the Premier League in 2004-05, it was their first league title for over 50 years.

“We love foreigners:” In their Premier League game against Southampton on December 1999, Chelsea fielded an entirely foreign starting XI to become the first British side to have ever done that.

“Playing at Arctic circle:” During the qualifying round of the 1997/98 Champions League, Chelsea traveled to Arctic Circle to face Norwegian side Tromso in a game that was repeatedly stopped due to snow blizzards.

“Enjoying an air trip:” On 19 April 1958, Chelsea became the first English side to travel via an airplane to an away fixture, as they visited St. James Park to play against Newcastle.

“Thieves are around:” In July 2005, an unprecedented incident embarrassed Chelsea as the logo of its mascot, Stamford the lion, was stolen from the Stamford Bridge stadium.

“Numbers on the back:” While the rivalry of Arsenal Vs Chelsea means that both the clubs don’t like to share anything, both of them hold the honor of being the first clubs in European football to play with numbered shirts.

“We aren’t coming:” One year after Chelsea had won the domestic league title in 1954/55, UEFA created the European Champions Cup. As domestic champions, Chelsea were invited to take part in the competition. However, owing to objections from the league authorities and the Chelsea higher-ups, the club declined the invitation.Details are provided on the age of players, games played, minutes played, goals conceded, games conceded with no goals, yellow cards, red cards, yellow cards.