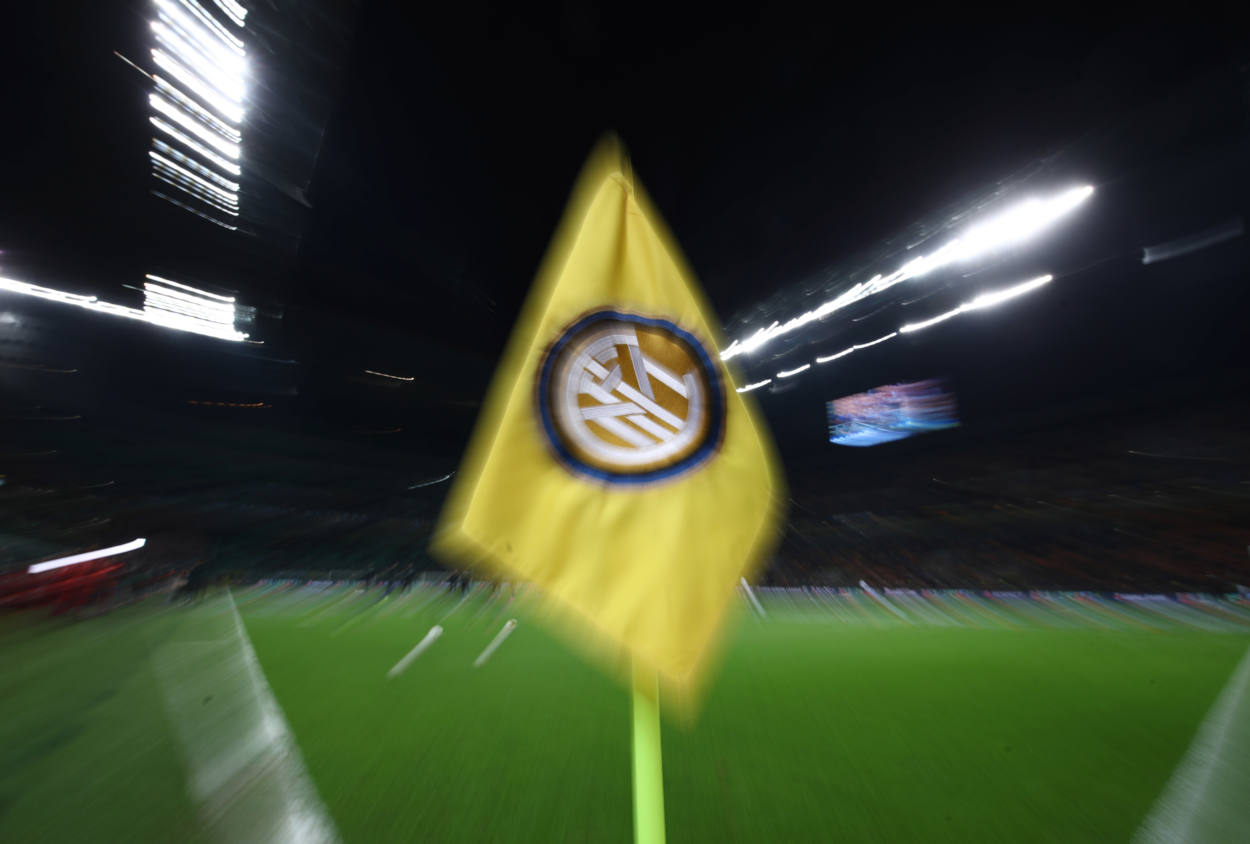 It was a dispute between two sets of supporters of AC Milan that led to the creation of Inter Milan. Founded almost a decade earlier than Inter, the fans of Milan Football and Cricket Club subscribed to two competing ideologies. One of the factions wanted the club to include foreign players in the squad, whereas the other believed that non-Italians should never wear Milan colors.

Matters came to such a head that the first set of fans, who traditionally belonged to the wealthy class of Milan, decided they had seen enough. The higher-ups of this faction met in a restaurant in the city and decided that to realize their dream of seeing foreign players plying their luck for Milan, they had only one choice: create a new team. That team was founded on March 9, 1908, and it was named Internazionale.

Despite being born in such acrimonious substances, Inter didn’t have to wait to get its house in order. With wealthy aristocrats bankrolling the side, it won its first Scudetto only two years after its formation. The next half-century saw Inter further cementing its reputation as one of the greatest clubs in Italy by winning six more Serie A titles.

However, like every other football team, the sun hasn’t always been shining for Inter. The club was forced to adapt to the current political climate after the National Fascist Party took over the government in Italy in 1922. Inter were forced to merge with another club, Unione Sportiva Milanese, and had to change its name to Società Sportiva Ambrosiana. It was only after World War II that the club reclaimed its original name.

Throughout its existence to date, Inter has won 18 league titles – five of which came in a five-year spell between 2006 and 2010.  It has also acquired three Champions League titles, seven Coppa Italia and five Supercoppa Italiana. The Nerazzurri has also won three UEFA Cups, two Intercontinental Cups, and one FIFA Club World Cup and is the only Italian club to have never been relegated from the top flight.The greatest years in the history of Inter fans came during the managerial tenure of Argentine coach Helenio Herrera. His legendary status can be gauged from the fact that Inter won more Champions League titles in his eight-year spell as club manager (2) than it managed to win in its entire history before or after the arrival of the Argentine (1).

Before his appointment as the side’s manager, Inter were a royal mess. The Nerazzurri had hired and fired 13 managers in the decade preceding Herrera’s arrival. Seven of the 13 managers weren’t able to last a full year at the club’s hot seat. The two managers who were immediate predecessors of Herrera, Giulio Cappelli, and Camillo Achilli, were both hired and fired in a 10-month spell.

If the Nerazzurri were to ever get out of this predicament, the first thing they needed was stability. Herrera had other plans. He knew that one of the reasons why Inter had become a laughing stock of Italian and European football was because the club refused to let go of its outdated traditions. If the club was to move forward, he concurred, it must take bold decisions.

Modifying the club’s catenaccio system was exactly that. From a career that saw him managing the likes of Barcelona, Sevilla, and Atletico Madrid, Herrera had learned that a successful team is one that is ruthless on the counter-attack. To make his players more agile – which is a huge prerequisite for any counter-attacking side, he set strict guidelines regarding nutrition.

It wasn’t long before his methods started bearing fruit. Less than five years after his arrival at the club, Inter had won two Serie A titles and two UEFA Champions Leagues, conceding less than a goal per game throughout that spell. One more domestic league title would be added to Inter’s trophy room before the departure of Herrera and the end of what the Nerazzurri fondly remember as the “Grande Inter’’ era.

While playing against Inter Milan in December 2018, Napoli and Senegal defender Kalidou Koulibaly was racially abused by the Nerazzurri faithful in San Siro.

After their own striker was the object of racially motivated ‘monkey chants’ by the fans of fellow Serie A side Cagliari, Inter ultras defended those racially abusing Romelu Lukaku in a letter sent to the Belgian forward.

Ahead of their team’s clash with Napoli in December 2018, a group of more than 100 Inter Ultras attacked Napoli supporters with machetes, hammers, and crowbars.

During the club’s ‘dark days’, Inter Milan finished the 1993/94 season at 13th place in the Serie A table. The club has never finished lower in its history.

Inter Milan were able to score only 26 goals in the whole of the 1974/75 season. To this day, it remains the worst tally of goals the Nerazzurri has managed in a full Serie A season.

After scoring only 31 and conceding an eye-watering 47 goals, Milan Inter finished the 1941/42 Serie A campaign with a goal difference of -16.

Once again it is the 1941/42 which sticks out like a sore thumb as Inter managed only 7 victories that season.

The Nerazzurri are the only side in Serie A which has never been relegated from the top tier of Football Italia.

Inter Milan are the only Italian side that has managed to win a treble of Serie A, UEFA Champions League, and Coppa Italia. The club managed that historic feat under the command of Jose Mourinho in the 2009/10 season.

The Grande Inter side managed by Helenio Herrera was the only Italian side in history to have won the Scudetto, South American Cup and European Cup in a single season, in 1965.

Of the five players who have made the most Serie A appearances for one club, three belong to Inter. They include Javier Zanetti (615), Giuseppe Bergomi (519) and Giacinto Facchetti (475).Ask any Inter Milan fan about the biggest successes in the club’s history, and they would undoubtedly point to the two successive Champions League titles which the club won during the first three years of the ‘Grande Inter’ era.

One man who can rightly be dubbed as the architect of the ‘Grande Inter’ era – and, by extension, the person who helped Inter win back to back European cups – is their legendary manager Helenio Herrera. Apart from instructing his squad to neither drink nor smoke, Herrera would send club’s employees to the player’s homes to bed-check, making sure that they were well-rested for the next game.

His methods bore fruit when only in his 3rd season in-charge of the club Inter managed to win its 1st Champions League title. The club’s unique formation of 5-3-2 meant that on its way to lifting the European Cup, Inter conceded less than a goal per game. In the final, despite coming against a mighty Real Madrid side, Inter ripped apart the Spanish giants by winning the game 4 goals to 1.

The next season went even better for the Nerazzurri. After scoring 6 times in their opening game against Dinamo Bucharest, Inter conceded only 4 goals on their way to the final – three of which they let in a single match against Liverpool at Anfield. However, after winning the return leg 3-0, Inter qualified for the final in which they defeated Benfica 1-0 to claim their 2nd Champions League title.

Interestingly, it was the worst defeat in the club’s history that kick-started the Grande Inter era

The match, in which Inter were thrashed 9-1 by Juventus, really began in April of 1960. That day, the Nerazzurri were awarded a deserved 2-0 victory after the Bianconeri fans stormed the pitch on the 30th-minute mark. Juve appealed the decision to FIGC who didn’t give judgment on it until the final day of the 1960/60 season.

Until that day, Inter were leading the Serie A by 1 point and had already won the league had the FIGC overturned Juventus’ appeal. However, the governing body, headed by then Juventus president Umberto Agnelli, had other ideas. It confirmed the Old Lady’s appeal and ordered the match to be replayed.

As Inter had already won the league by that point, they (understandably) saw the decision by the FIGC as a scheme to hand Juve the title. In protest, both the Inter Milan president and manager Helenio Herrera decided to field an inexperienced squad. That side was thrashed by a Juventus team containing veteran players, with a 9-1 final scoreline in favor of the Bianconeri.Unlike other major clubs in Serie A, there is Inter Milan has never been relegated from the top tier of Italian football. Juventus were relegated to the Serie B after their involvement in the 2006 Calciopoli scandal came to light. A similar fate met AC Milan in 1980 when several of the club’s players were found to be allegedly taking brides in the infamous Totonero scandal.

Despite this proud aspect of their history, Inter came within 1 point of being dropped to the 2nd tier at the end of the 1993/94 season. This was a time when the so-called ‘Dark times’ were upon the club. Despite having the likes of Dennis Bergkamp and Ruben Sosa in their squad, Inter were a far cry from the side which had won the club’s 12th Scudetto only four years ago.

For a season that almost ended with disaster, the 1993/94 campaign started rather brightly for the Nerazzurri. They had won three of their opening six games in the league and were thinking of another title push. Two back to back wins against Udinese and Parma at the tail-end of October even allowed the club’s fans to dream that after five barren years, this could be the year when they go back to the top.

And then Inter were defeated in the first Milan derby of the season. For a team that had lost just 1 of the previous 10 games, the Nerazzurri were defeated 5 times in the next 12 matches. So disturbing their form became that in a two-and-a-half-month spell between the end of February and mid-April, Inter lost all but three of the 11 games that they played in.

With two games remaining in the Serie A season, Inter knew that they had to put points on board to stave off what looked like an inevitable relegation to the Serie B. Even then, they only managed to draw one and lost the other of the two games and were only spared relegation because results elsewhere went their way. Had that not happened, the club’s history won’t have been devoid of the stigma of relegation.Here are some of the fun facts you might not know about FCInter1908:

“Marry my daughter”: Before taking over the reins at the Nerazzurri, Antonio Conte, during his time at Chelsea, stated that he could let striker Alvaro Morata marry his daughter because of the Spaniard’s polite nature.

“Winning title with a 3rd place finish”: Despite finishing third in the 2005/06 Serie A season, Inter were awarded the title after champions Juventus and runners-up AC Milan were both convicted for the infamous ‘Calciopoli’ scandal.

“The Big Grass Snake”: Among the many nicknames of Inter, certainly the oddest one is il Biscione which means the ‘Big Grass Snake’ – presumably to demonstrate the club’s ability to strangle its opponent like a python and put it to rest.

“Say no to Serie B”: Inter are the only club in Serie A that have never been relegated to the 2nd tier of Italian football. That proud fact allowed ex-Inter President Giuseppe Prisco to boost that ‘Serie B is not in our [Inter’s] DNA’.

“Say yes to foreign players”: Inter was founded by a group of AC Milan fans who wanted the parent club to sign foreign players – hence the reason why the club is referred to as ‘Internazionale’ in Italian.

“Twenty years, 19 managers”: In the first two decades of the 21st century, Inter Milan had 19 managers at the helm.Details are provided on the age of players, games played, minutes played, goals conceded, games conceded with no goals, yellow cards, red cards, yellow cards.