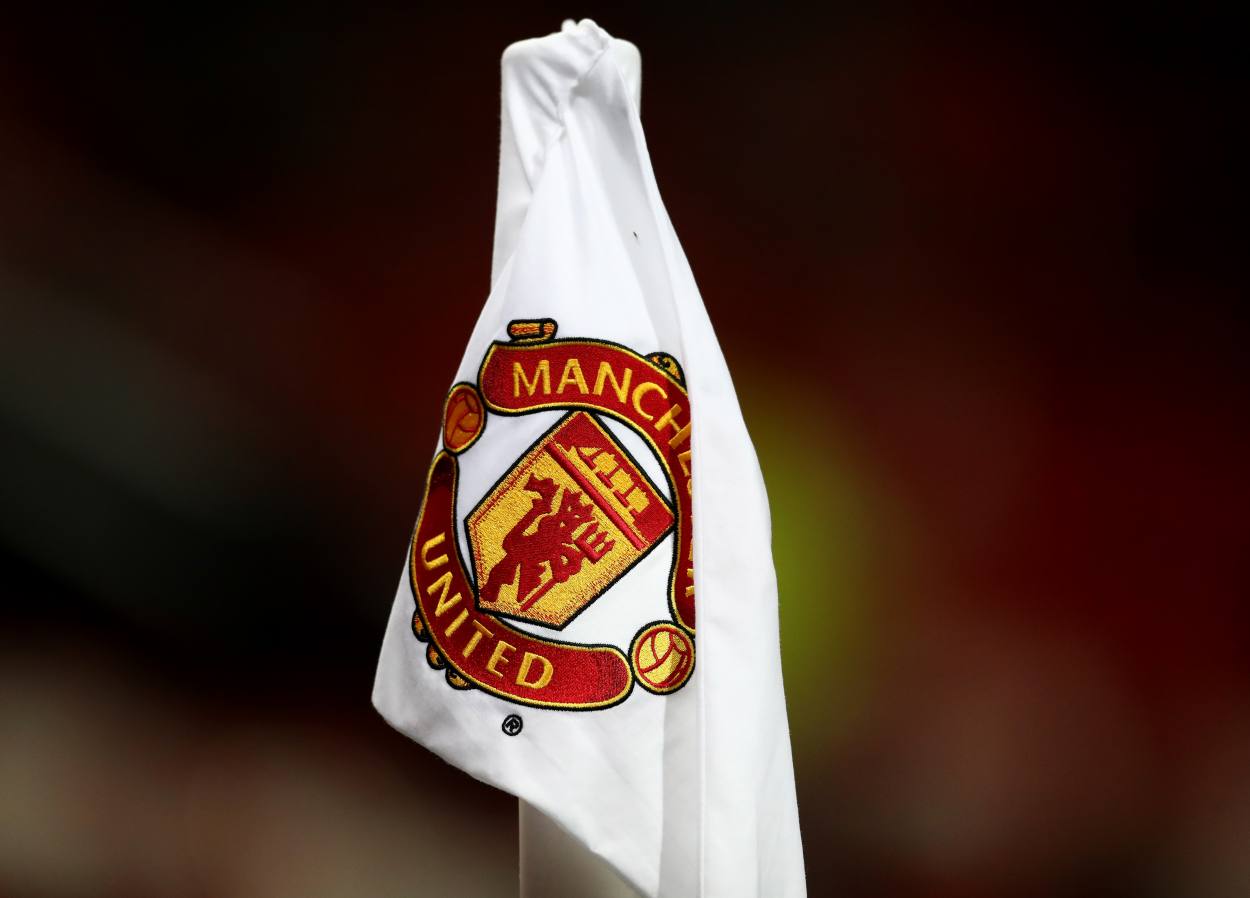 In 1878, workers at the Newton Heath railway yard formed a football team to constantly indulge in their passion by competing against other departments of the Lancashire and Yorkshire Railway (LYR). Little did they know back then the team which they had founded, they chose to call it Newton Heath, would become a global powerhouse in the shape of Manchester United football club.

For the first 24 years of its existence, the club was in turmoil both on and off the pitch.

Just two years after joining the league at Division one in 1892, it suffered relegation to Division Two. Financial problems became so acute that for any observer watching the club’s affairs at the start of the 20th century, they must have felt that the club would cease to exist.

Fortunately for world football, a local brewery owner, John Henry Davies, decided to save the club by investing his money in it. In return, he decided to change its name, and after rejecting several suggestions, Mr. Davies settled on the “Manchester United” name in April of 1902.

From that day till today, Manchester United has grown from being an unknown football club staring bankruptcy in the face to a brand name which is recognized globally, with a big reason behind its fame being the trophies which the club has won over the last 3 decades.

Apart from the trophy count, the club’s success is mirrored in the numbers its own economic department as well as leading global publications publish every year. One such ranking places Manchester United at 3rd place in the rankings of world’s richest football clubs, with 660million fans worldwide.Although Manchester United have been relatively successful throughout their history, they became serial winners and one of the most successful clubs in England only after the appointment of Sir Alex Ferguson in the year 1986.

When the great Scot manager took over the reins at Manchester United, the club was passing through one of the bleakest phases in its history. Apart from its failure to win trophies, it was the success of arch-rivals Liverpool which further reinforced how far the Red Devils had fallen in the pecking order of things.

Fast forward 27 years to the day when Sir Alex oversaw his last game as Manchester United manager, and the club had succeeded in what the Scot referred to as “knocking Liverpool off their perch” by becoming the most successful English club in terms of trophies.

To measure the quantum of his success, it’s important to consider that back when Premier League adopted its current shape in 1992, Liverpool enjoyed an absolute monopoly over the league with its 18 league titles, with United lagging far behind with their six league titles.

Only four years after allowing Paul Pogba to leave on a free transfer, Manchester United paid over $100m pounds to re-sign the French midfielder from Italian side Juventus in 2016.

Ryan Giggs, one of the greatest players to ever put on the Manchester United shirt, had an eight-year affair with the wife of his younger brother, Rhodri Giggs. He was at that time a father of two children.

Despite winning the FA Cup at the end of 1977 season, then United manager Tommy Docherty was sacked a few days later. His mistake? News had emerged that Docherty was having an affair with the wife of the then Manchester United physiotherapist.

After the departure of Sir Matt Busby from the scene, Manchester United went 26 years without winning a league title between 1966-67 and 1992-93 seasons.

On April 22, 2012, Manchester United found themselves 4-2 against Everton with ten minutes to play, knowing that a win would all but win them the 20th league title. However, as it turned out, United conceded 2 late goals and gifted Manchester City the Premier League title.

After being relegated from the top tier of English football eight years earlier, Manchester United finished the 1901/02 season at 15th place in the 2nd division.

Manchester United were able to score only 38 goals in the whole of 1973/74 season. To this day, it remains the worst tally of goals the club has scored in a full season.

The Red Devils conceded a whopping 115 goals in the 1930/31 season. Unsurprisingly, they were relegated to Division 2 at the end of that campaign.

After scoring only 53 and conceding a mammoth 115 goals, Manchester United finished the 1930/31 season with an inexplicable goal difference of -62.

In a full season, Manchester United have always managed to get more than 22 points on the board. The only time when their final points’ count matched this number was in the 1930/31 season.

Once again, it is the 1930/31 season which stands out in this regard. Man U managed to win only 7 fixtures that season.

During the 1930/31 season, Man Utd lost 27 fixtures in the league – their worst ever tally of defeats in a single campaign till date.

The Red Devils were able to record only 5 victories in front of the United Stand during the whole of 1930/31 campaign.

During the 1930/31 league campaign, Manchester United were able to win just 2 games away from home all season.

Manchester United are the only English side – and one of seven European sides – who can claim to have won a Champions League treble.

During the tenure of Sir Alex Ferguson, Manchester United won more Premier League titles (13) than all the other teams combined.

According to a report published on Bloomberg, Manchester United have an estimated 659 million fans across the world, more than any other football team on the planet.

Four different players have won the Ballon D’Or award while playing for Manchester United. No other English team can claim to have this record.

Given the fact that Manchester United dominated the English Premier League scene in the three decades spanning between 1992 and 2013, it shouldn’t come as a surprise that the best moment in the history of the club, the 1999 treble, also came during this era.

During that iconic season, Manchester United became champions of Europe and England, while also adding the FA Cup to their trophy cabinet. It was during this season as well that Ryan Giggs scored what has been declared as the greatest FA Cup goal of all time.

When looked in hindsight, that Manchester United squad was ripe for greatness. With David Beckham in their midfield and Peter Schmeichel in goal, they had the likes of Dwight Yorke and Ole Gunnar Solskjaer terrorizing opposition defenses in their attack.

Of the three trophies that they won that season, the one which Manchester United players remember the most kindly – since it was won in the sweetest of fashions – is the 1999 Champions League title. United trailed the final Vs Bayern Munich for no less than 92 minutes before Teddy Sheringham and Ole Gunnar Solskjaer scored in the injury time to help the club win the game and complete the treble.

Still, like all clubs, Manchester United have seen plenty of rough times in their history.

One of the biggest failures in the club’s history – and certainly the most painful – was losing the Premier League title to Manchester City on the last day of 2011/12 season.  Going into the final fixture of the Premier League season, Manchester United went to Sunderland whereas City faced QPR at home.

With both teams level on points in the league table, City’s superior goal difference posed a problem for the Red devils. Not only did they have to win their own game, but United also needed City to drop points for them to lift their 20th league title.

As both the games went, it seemed destiny was favoring the Red devils. While they were comfortably leading at Sunderland, City found themselves behind to QPR. Then, disaster struck. With less than three minutes remaining, City scored two quick goals to win the game and, by extension, the ChampionshipManchester United endured the darkest day in its history on February 6, 1958, when a plane carrying the whole Manchester United squad back from a European away game crashed, killing eight players in a tragedy that is remembered in the club’s history as the Munich disaster.

One year prior to that day, United enjoyed one of its best days on the pitch as a 3-3 draw away at Red Star Belgrade sent the club to its 2nd consecutive European Cup Semi-Final. So huge was the result that the British Embassy in Serbia held a cocktail party in honor of the players after the game.

The next day, as Manchester United players boarded the plane and it tried to take off, a technical problem prevented the plane from gaining height. That forced the plane, now in mid-air, to smash into the fence surrounding the airport, before crashing onto a nearby house.

By the time emergency services arrived at the scene, 21 people including seven Manchester United players, eight journalists, a fan and a travel agent who had organized the trip were confirmed dead. So devastating was the disaster that there were premature talks of Manchester United ceasing to exist.

As the final count which was undertaken a few weeks after confirmed, 23 people died in the Munich disaster – with both the pilot and co-pilot succumbing to their injuries later in the hospital. That tragedy, to this day, exists without any parallel as the darkest moment in the club’s proud history.Here are some of the fun facts which you might not know about Real Madrid:

“Saved by a dog”: As the legend goes, when United were facing financial bankruptcy in 1902, the dog of Harry Stafford, a great Manchester United player from that era, got lost in a pub. It was found by John Henry Davis, a local brewery owner, whom Stafford convinced to invest in the club.

“Love thy neighbor”: During the Second World War as German planes bombed Old Trafford, Manchester United were forced to play their homes games at the Maine Road, the then home stadium of city rivals Manchester City.

“Managed by a Liverpool and Man City player”: Not many Manchester United fans are aware of the fact that before taking the club to new heights under his tutelage, Sir Matt Busy, arguably one of the greatest managers in United’s history, spent his entire career playing for Liverpool and Manchester City.

“Caught Pants Down”: Tommy Docherty, the Manchester United manager who lead the club to FA Cup victory in 1977, was sacked after news emerged of him having an extramarital affair with the wife of the club’s physiotherapist.

“Say No to Non-British”: Prior to the appointment of Louis van Gaal as the manager in 2014, Manchester United never had a non-British manager in their history.

“Red devils’ nickname”: Interestingly, the Red devil nickname for which the club is famous these days originally belonged to Salford Rugby Club. It was only after Sir Matt Busby decided to borrow the nickname in the early 1960s that the club’s nickname, as well as its logo, underwent a change.

“No vacancies here”: Between 1953 and 1957, Sir Matt Busby closed the door of Manchester United for any new arrivals by not signing a single player during that four-year spell.

“Fax machine saves the day”: On the transfer deadline day of the summer transfer window of 2015, David de Gea was on the cusp of joining Spanish side Real Madrid. However, the deal fell through after a dodgy fax machine forced the paperwork to arrive late.

“We love own goals”: After Wayne Rooney, Sir Bobby Charlton, Denis Law, and Jack Rowley, ‘own goals’ is the fifth-highest scorer in the club’s history.

“Class of 92’”: Ryan Giggs, David Beckham, Paul Scholes, Nicky Butt, and Gary Neville – better known as the Class of 92’ – made 3028 appearances between them for the club.Details are provided on the age of players, games played, minutes played, goals conceded, games conceded with no goals, yellow cards, red cards, yellow cards.