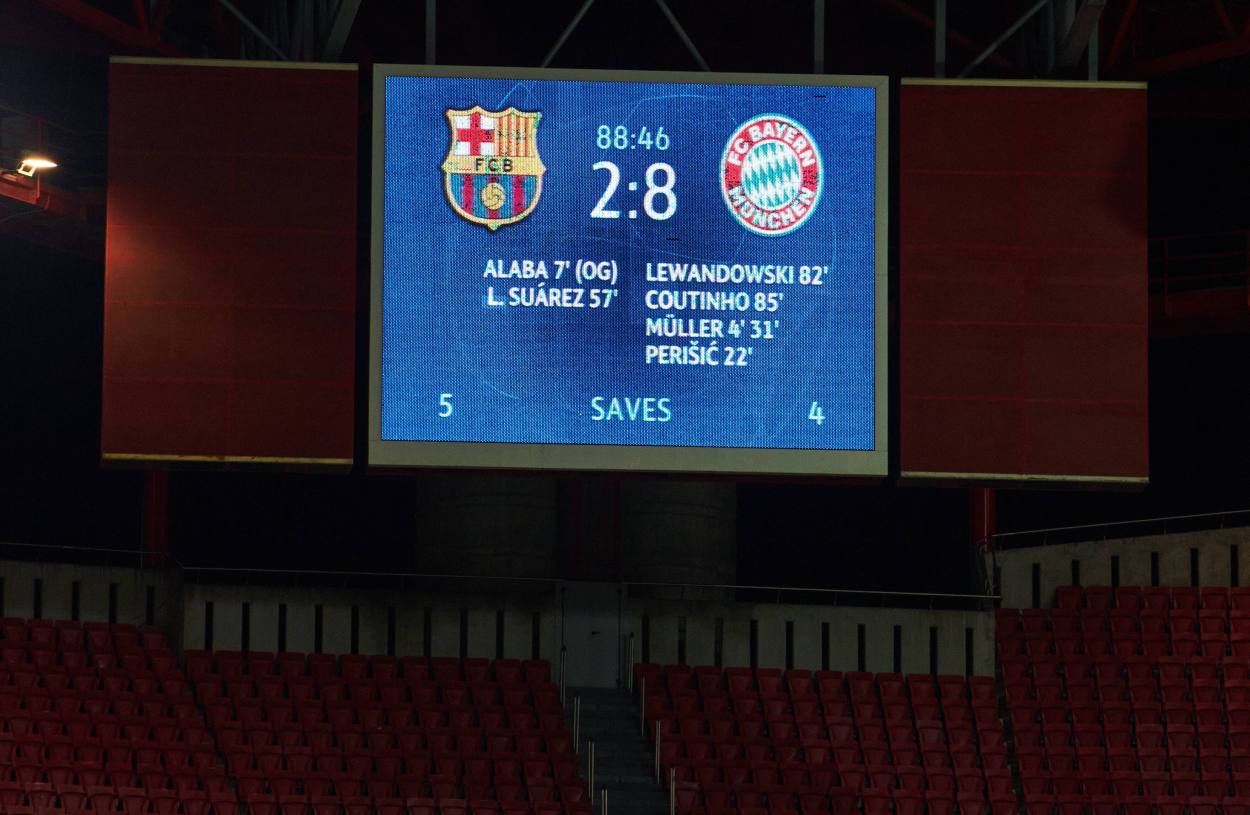 After suffering the club’s biggest defeat in any competition since the 1940s, questions will be asked of the way things are being run at one of the wealthiest clubs in modern football.

Barcelona in one of the most one-sided quarter-finals in the history of Champions League on Saturday night to highlight that the Catalans are at the end of the line.

Quique Setien’s side seemed to be doing well after a David Alaba miskick in the early stages dunked the ball over Manuel Neuer and leveled the score-line. But as the smile of the Bayern left-back after his own-goal showed, this Bayern side knows what they are capable of.They ripped apart Barcelona on a night when the spotlight of the entire sporting world was on this particular fixture. The COVID-19 induced format meant that with no other game taking place on the same day, every football fan would become a witness to the Catalan giants’ surrender.

But how exactly did this happen to a side with such a large wage bill as Barca? What went wrong for the team that started the season as one of the favorites to win the Champions League? Ligalive aims to answer this question by diving into statistics from the game.Here are some of the damning stats from the night the footballing world stood still to watch Bayern Munich humiliate a side containing one of the best players in the history of the game.

Despite scoring six more goals than their hosts on Saturday night, Bayern Munich players refused to take their foot off the pedal. This is evident by the distance both teams covered during the 90 minutes, as Bayern’s players outran their Barca counterparts with 9.3 kms during the game.

It shouldn’t come as a surprise once one looks at the final score-line that Hansi Flick’s side managed almost three times as many shots on Barcelona’s goals. After all that this was a side that had the likes of Robert Lewandowski, Thomas Muller, Serge Gnabry in its starting XI.

PlayStation lovers who pick their favorite team on the gaming console might testify that here is a matrix that is difficult to match on the ‘legendary’ level of the uber-favorite FIFA game. That Bayern Munich managed to attain it in real life shows how poor Barca defended in Lisbon.Some more damning stats from the night Bayern announced them as one of the best sides in European football:

What do you expect from a team that scores six more goals than its opponents during the game? Surely they won’t bother taking their opponents down with cynical fouls. But that’s precisely what Bayern did to show that even in victory their players wanted the ball more.#5: Ball possession: Barca 45%: Bayern 55%

This is a crucial stat as Bayern weren’t playing against a side that is used to ceding away possession to its opponents. Their rivals on Saturday were Barca, a side that managed to retain more ball than its opponents in every single game for six years at the start of last decade. That they defeated Barcelona at their own game is a testament to how good this Bayern side actually is.