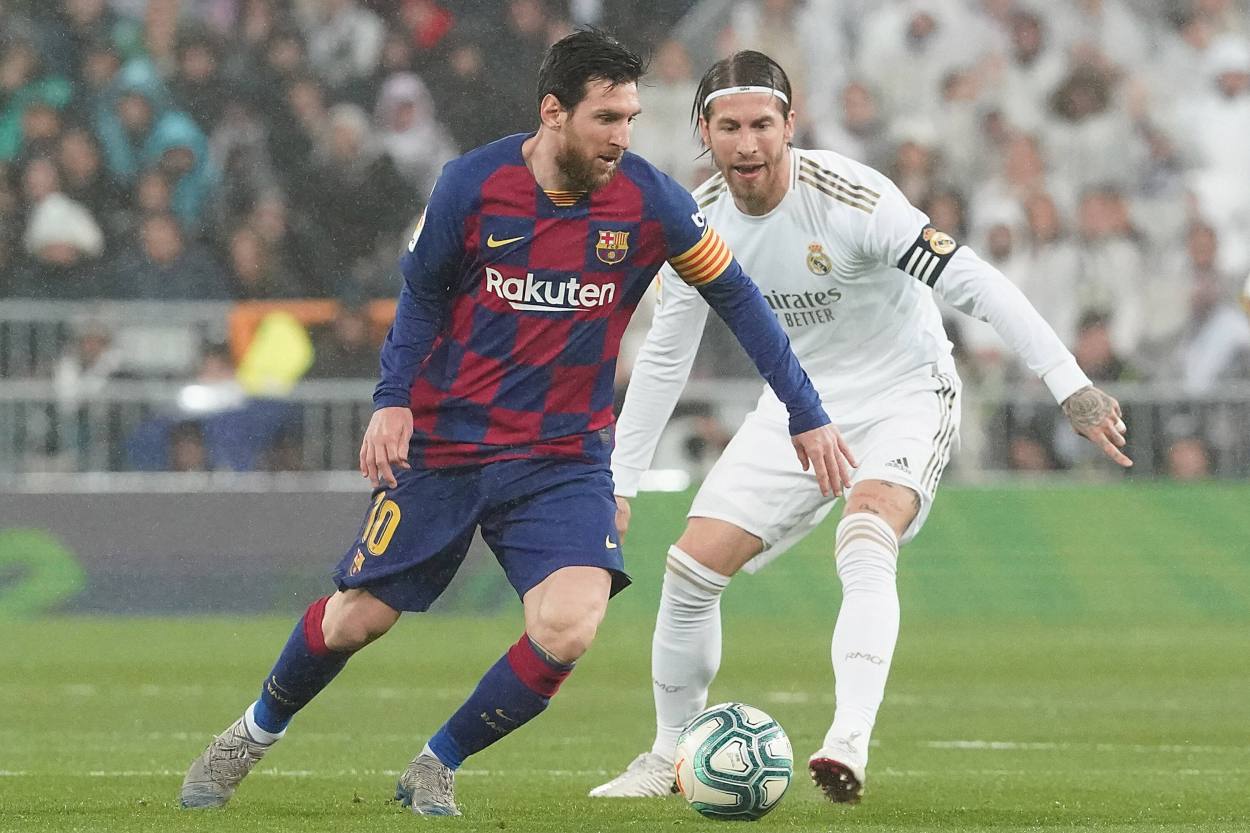 Ligalive previews the season’s first El Clasico between Barcelona and Real Madrid at the Camp Nou on Saturday night.

Zinedine Zidane will be hoping his Real Madrid side put a difficult week behind them by putting in a decent shift at the Camp Nou on Saturday.

Barcelona will take on Real Madrid in this season’s first EL Clasico in front of 99,000 empty seats in the Camp Nou on Saturday night.

Both the sides are coming into this fixture surrounded with turmoil. Barcelona are in pieces off the pitch with the boardroom drama surrounding the future of their president. And Madrid are in bits on it after losing their two games on the spin.Los Blancos are suffering off the pitch too, as their precarious financial situation prevented them from signing any player in the summer transfer window. And not everything is hunky-dory on the pitch for the Catalan giants as well who were held to a 0-0 draw at Getafe last weekend.

Their underwhelming starts to the new season gives credence to claims that someone else could win the Spanish top-flight title this season if Barcelona cannot uphold the weight of their boardroom upheaval and Madrid continue to struggle in the post-Ronaldo era.Barcelona will be without their No.1 goalkeeper Marc Andre Ter Stegen who is yet to feature this season after undergoing a knee operation before the start of the season.

Ronald Koeman will also be sweating on the fitness of Samuel Umtiti and Jordi Alba. Umtiti is suffering from the ongoing knee problems that seem to have plagued his Barca career and is a major doubt for the Saturday’s high-stakes clash.

Alba, meanwhile, hasn’t featured for the Camp Nou outfit since tearing his hamstring in a 1-1 draw with Sevilla before the international break. But he could well return to Barcelona’s starting XI, giving a huge boost to the Catalan giants.

As for their visitors Real Madrid, Hazard, Martin Odegaard and Dani Carjaval have all been ruled out of the fixture through injury, with Alvaro Odriozola and Mariano Diaz also unlikely to recover from their respective injuries in time for this game.Coming into this Saturday’s clash at the Camp Nou, Real Madrid haven’t tasted defeat in any of their last 8 matches on the road in La Liga.

Zinedine Zidane’s side will have to be at their defensive best if they’re to get a positive result on Saturday – considering the fact that Barca have slammed 14 goals in their last 5 games across all competitions.

Plugging the holes in one’s defense is easier said than done especially when the other side has Lionel Messi in their starting eleven. But Madrid have shown their defensive prowess by letting in just 2 goals in their last four La Liga fixtures to boast the 3rd tightest defense in the league.Possible Barcelona lineup Vs Real Madrid: Neto; Roberto, Pique, Lenglet, Dest; Busquets, Jong; Griezmann, Coutinho, Fati; Messi