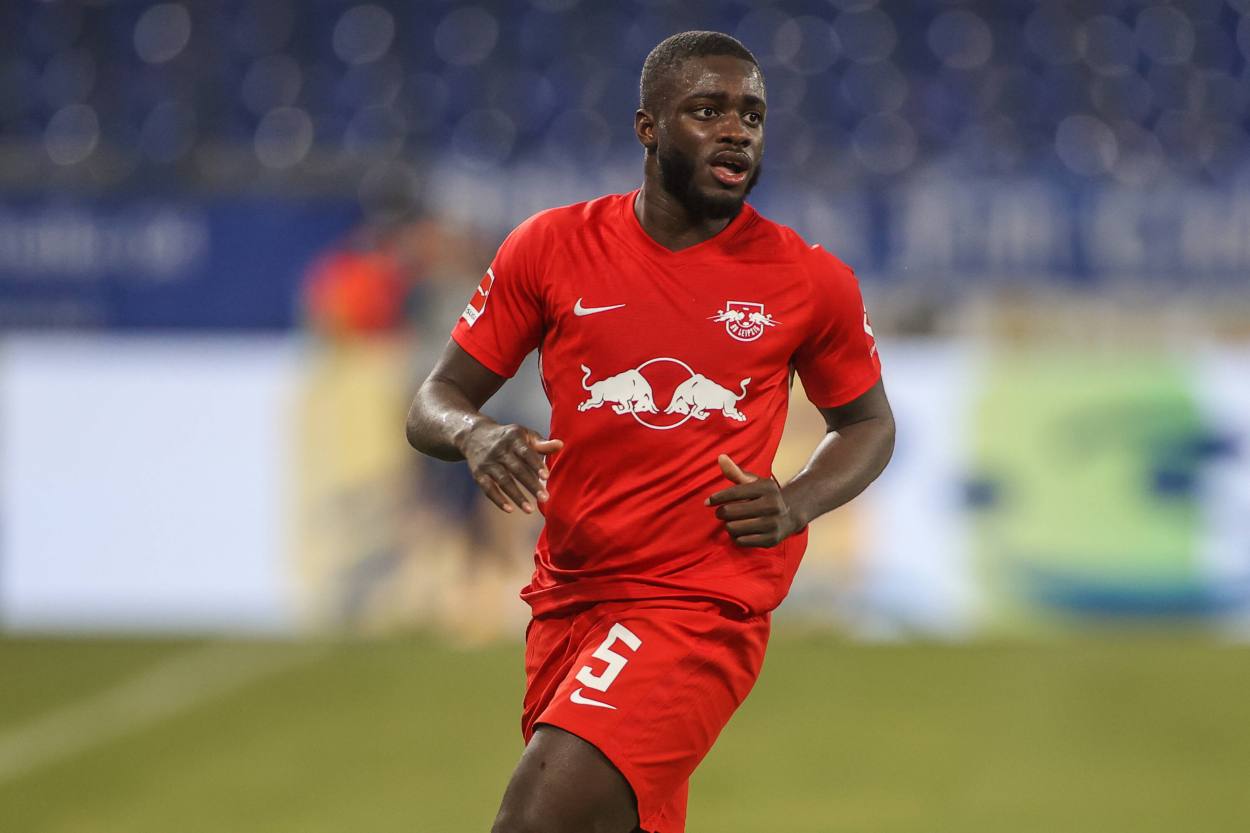 Bayern Munich seal the deal for RB Leipzig center-back. The French international was linked to Liverpool and Chelsea

Bayern Munich win the race for RB Leipzig’s Dayot Upamecano as the French international decided to stay in Bundesliga.

The European Champions met Upamecano’s release clause of €42.5 million and the 22-year-old will sign a five-year contract with Bayern. RB Leipzig center-back was heavily linked with the likes of Liverpool and Chelsea, but the French man decided to go with Hansi Flick’s men.

The news was broken by Bayern Munich’s sporting director Hasan Salihamidzic: “We had very good, intensive and professional discussions with Dayot and his advisor Volker Struth for many months. We knew that we had very strong competition.”

Bayern, who are on the verge of losing David Alaba, made their intentions clear and the Allianz Arena residents were awarded for their efforts as they got their hands on highly-rated Leipzig’s center-back.

Upamecano’s signing is an indicator that Hansi Flick, who won six trophies since taking charge at the Allianz Arena, is building his squad for longer.

When will Dayot join Bayern?

The defender has a contract with RB Leipzig until 2023, but according to Upamecano’s agent Volker Struth, there is a clause in the contract which means that the 22-year-old may leave the Red Bull Arena this summer.