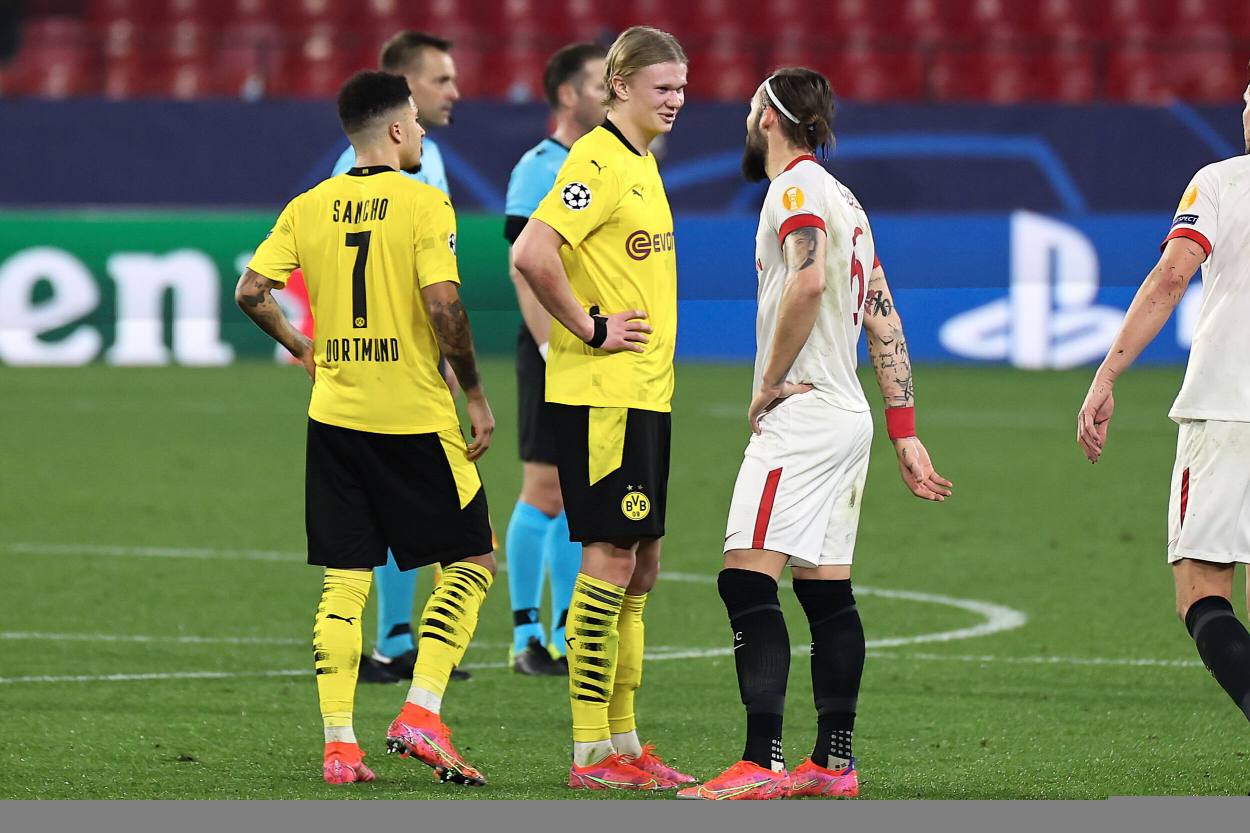 Borussia Dortmund will be aiming to put their domestic woes behind them when they host Sevilla for the sides’ R-16 Champions League 2nd-leg clash on Tuesday night.

Lucian Favre’s side have won only two of its last five games in the Bundesliga and are coming into this clash fresh from their 4-2 defeat at the hands of Bayern Munich at the weekend. They’d thus be aiming to put together a strong showing in Europe to deflect attention from their domestic woes.

Sevilla’s form hasn’t been as bad as that of their Tuesday’s hosts but it has nosedived in recent weeks too. Julian Lopetegui’s men have lost more games in their last five games in all competitions (4) than they did in their previous 29 combined. A victory on Tuesday will go a long way in salvaging their campaign.

The home side will be without three of its first team players on Tuesday including Marcel Schmelzer, Axel Witsel and Manual Akanji. Lucian Favre will also be sweating on the fitness of Jadon Sancho, Giovanni Reyna and Raphael Guerreiro.

Chances are that both Reyna and Guerreiro will be able to overcome their injury troubles ahead of Tuesday, though Sancho will surely watch the game from the sidelines.

Sevilla, meanwhile, will be without Aleix Vidal who will miss out on the game due to a hamstring injury, with Yassine Bounou and Jules Kounde expected to recover from the minor knocks that forced them to miss their side’s 2-1 defeat at Elche at the weekend.