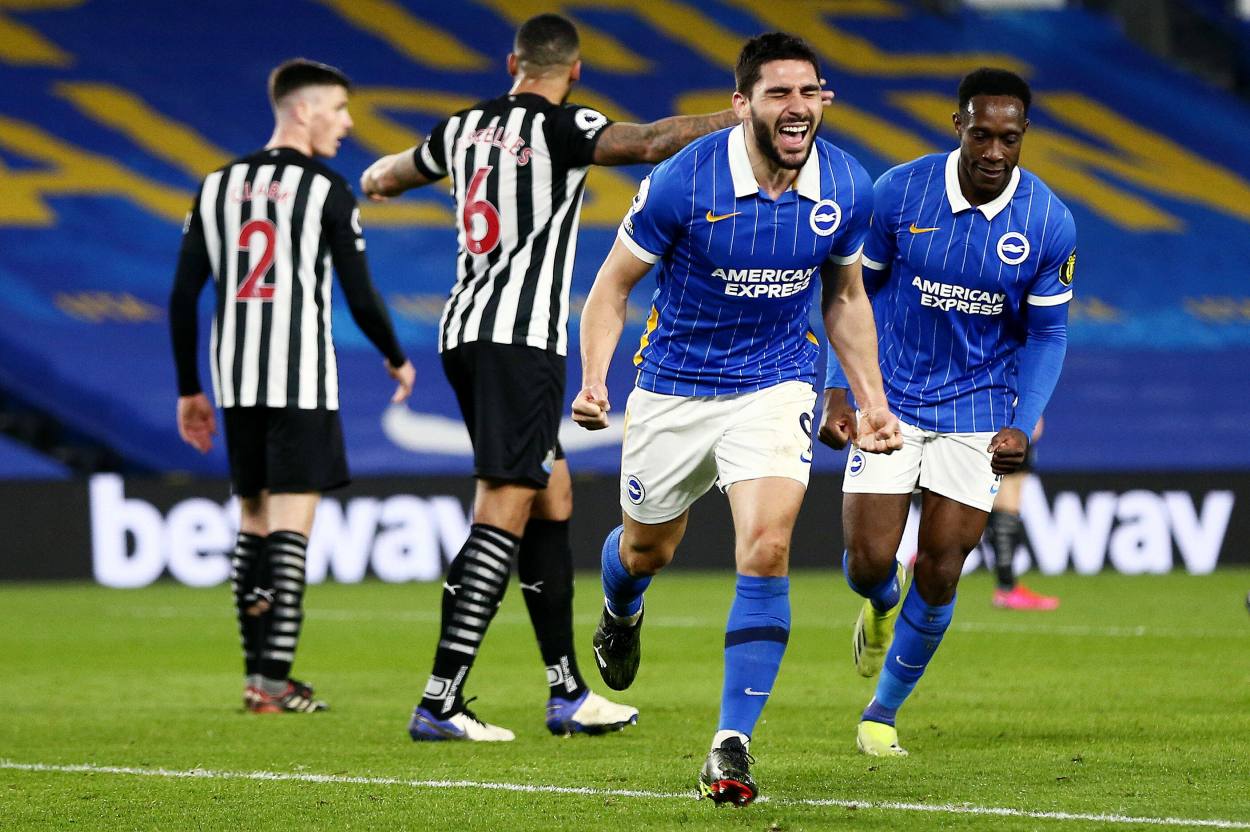 Brighton vs. Newcastle: Second consecutive win lifts the Seagulls up to 16th in the table

The home side started the day with 29 points – one more than the Magpies – but created clear daylight between themselves and 18th-placed Fulham with a comprehensive win over Steve Bruce’s men, who remain in relegation danger.

After creating a row of chances, the Seagulls finally found the back of the net in first-half stoppage time when Leandro Trossard curled in from outside of the box. Six minutes after the restart, former Arsenal striker Danny Welbeck doubled Brighton’s advantage with a superb strike from distance.

Midway through the second half, Neal Maupay put the game to bed with Brighton’s third of the night. The visitors looked lackluster in the final third and only Ryan Fraser came closer to scoring when he beat Sanchez and hit the crossbar.

Brighton will travel to Manchester United after the International break on 4 April, whereas Newcastle United will host Tottenham Hotspurs on the same day.

“Scoring goals is the name of the game. Our performances in between the boxes have been really good, we've just been a bit short in the boxes. The second and third goals were really important for us.”

“I'll take full responsibility. We were nowhere near the levels we need to be. That's a concern. I've been in [the game] a long time. It's very difficult. We're still confident we can get out of the situation. I'll never give up the fight.”