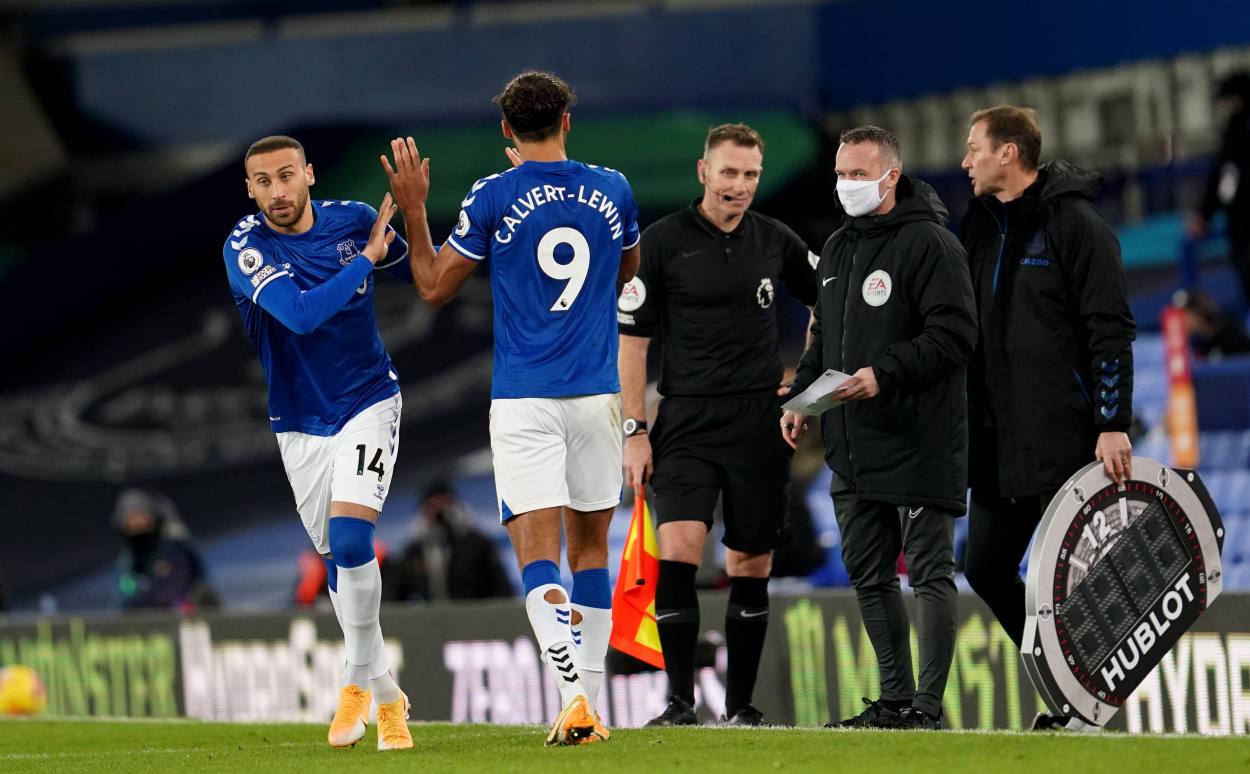 Startseite » News » Calvert-Lewin out, Cenk Tosun in: How Everton could line up against Wolves

Calvert-Lewin out, Cenk Tosun in: How Everton could line up against Wolves

Carlo Ancelotti's side are coming into this game on the back of their 1-0 defeat at the hands of West Ham in the Premier League last weekend.

Dominic Calvert-Lewin will miss Wednesday's trip to Wolverhampton Wanders due to a hamstring injury, manager Carlo Ancelotti has confirmed.

The England international, who is the joint-third highest scorer in the Premier League in the 2020/21 campaign, sat out his side's FA Cup victory over Rotherham at the weekend and will also be on the sidelines for Everton's clash with Nuno Espirito Santo's men .

His absence from the side might hit the Toffees hard who have witnessed Calvert-Lewin score almost half of the team's 26 goals in the Premier League this season. Ancelotti then would be hoping the injury suffered by the Englishman isn't serious enough.

Not everything is doom and gloom for Everton on the injury front though. Summer signing James Rodriguez has recovered his fitness after spending the past month on the guidelines and is expected to be in the Everton lineup on Wednesday.

His return to the side might allow Ancelotti to kill two birds with one stone – the former Real Madrid man will replace Richarlison on the right side of Everton's attack, with the Brazilian expected to move to the right side of the pitch.