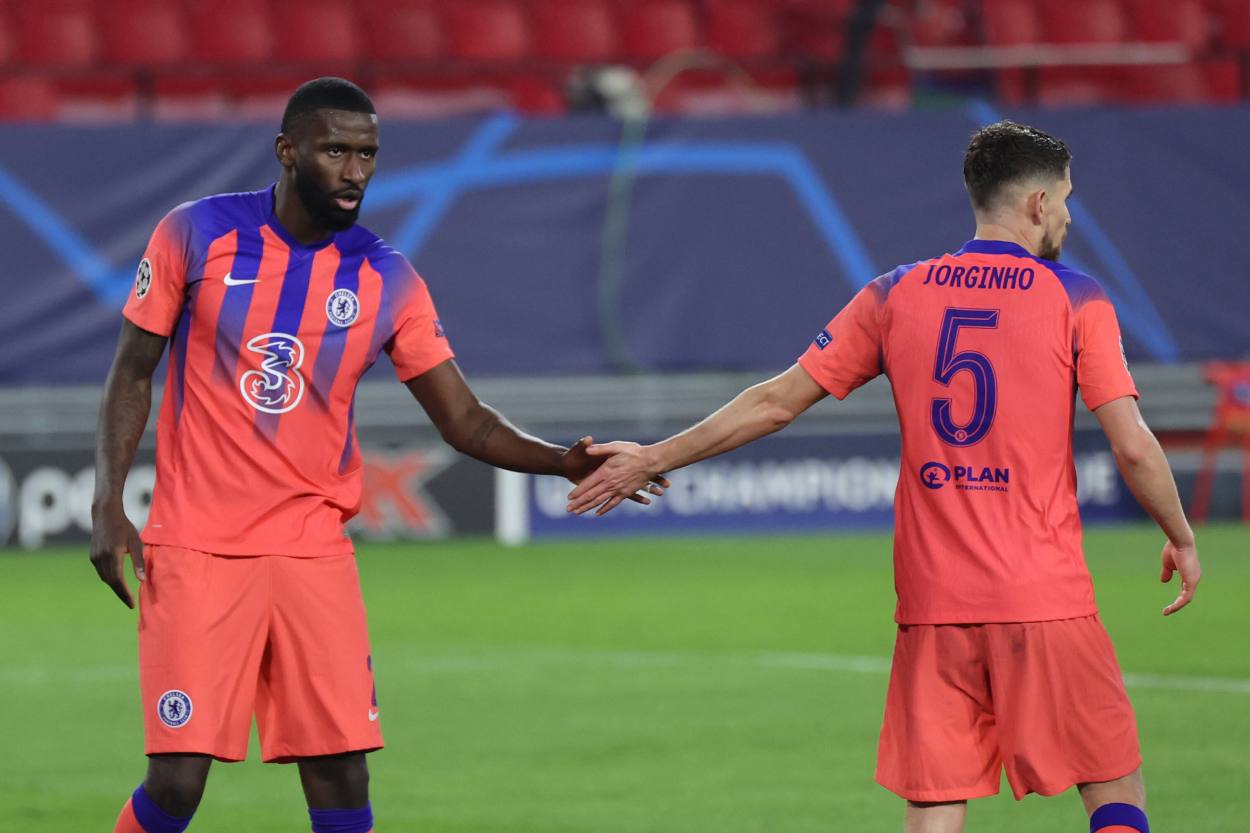 Chelsea sack Frank Lampard: Two Blues players that may benefit from the decision

Chelsea sack Frank Lampard: Two Blues players that may benefit from the decision

Antonio Rudiger and Jorginho may benefit from Chelsea’s decision to sack Frank Lampard less than 24 hours after the club's victory over Luton in the FA Cup.

Lampard was appointed the club's manager in the wake of his above-average spell at Derby, whom he almost led to the Premier League during his only season in the Championship.

The former Blues midfielder impressed in his first season, when he led the club to a top four finish despite the side serving a transfer ban, but was unable to lead the star-studded squad which the Blues assembled after spending heavily in the summer to much glory this term.

Timo Werner, who shone in Bundesliga with RB Leipzig, has become a shadow of his former self during his time in England. Similar is the case with Kai Havertz whose situation has gotten so worse at Stamford Bridge that he wasn't even able to make it to the starting line-ups in the last few games.

Now that Lampard has departed from the scene and former boss Thomas Tuchel is expected to replace him, both Rudiger and Jorginho, two players who Tuchel rated very highly whilst at PSG, can expect to be given new leases of life at the club.

Rudiger has fallen down the pecking order at Chelsea following the arrival of Thiago Silva from PSG on a free transfer in the summer. Jorginho, meanwhile, was linked with a move to Juventus during Lampard's last few weeks as Chelsea boss. Both are now expected to at least see out the season at Chelsea.