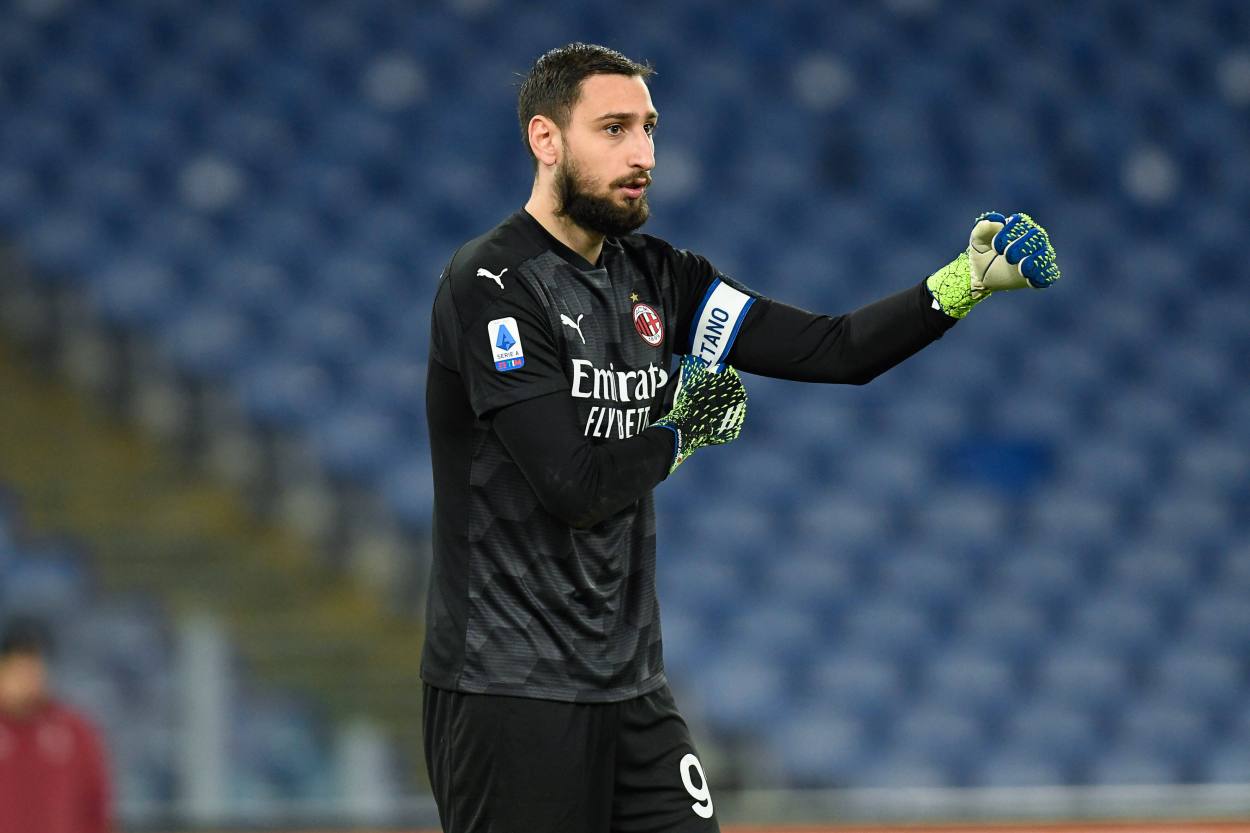 Chelsea are keeping close tabs on the contractual situation of AC Milan goalkeeper Gianluigi Donnarumma, according to reports

Chelsea are keeping close tabs on the contractual situation of Gianluigi Donnarumma and will make their move for the goalkeeper in the event he doesn’t sign a contract extension with AC Milan.

Thomas Tuchel’s side might have brought in Eduoard Mendy only last summer but are still keen on bringing in a new shot-stopper in the summer.

Mainly because Kepa Arrizabalaga has been unable to convince his new manager and might be shown the door by the Stamford Bridge outfit after the end of this season.

His potential departure from the club would open the door for the West London side to making the AC Milan goalkeeper Donnarumma one of the world’s most highest-paid goalkeepers.

Despite the fact that his current deal with Stefano Pioli’s side will end this summer, Donnarumma is yet to sign a contract extension with the San Siro outfit. That explains why rumors over the past few months have linked the shot-stopper with a move away from Milan.

The only reason why Milan, who are reluctant to part ways with their goalkeeper, have so far been unable to convince him to sign a contract extension is the player’s wage demands. Donnarumma reportedly wants to pocket a £9.1m per annum salary and Milan aren’t too keen on meeting this demand.

How Chelsea could line up with Gianluigi Donnarumma next season?

Although he’s currently the club’s first-choice goalkeeper in both the Premier League as well as the Champions League, Mendy might lose his starting XI place in the Chelsea line-up to Donnarumma in the event the Italian decides to join the Stamford Bridge outfit.

That may not happen instantly, surely, but it’s difficult to imagine a scenario in which the Blues’ board will allow their manager to bench any player, that too a goalkeeper, pocketing £9.1m a year salary. Here’s how Chelsea could line up with Donnarumma next season: