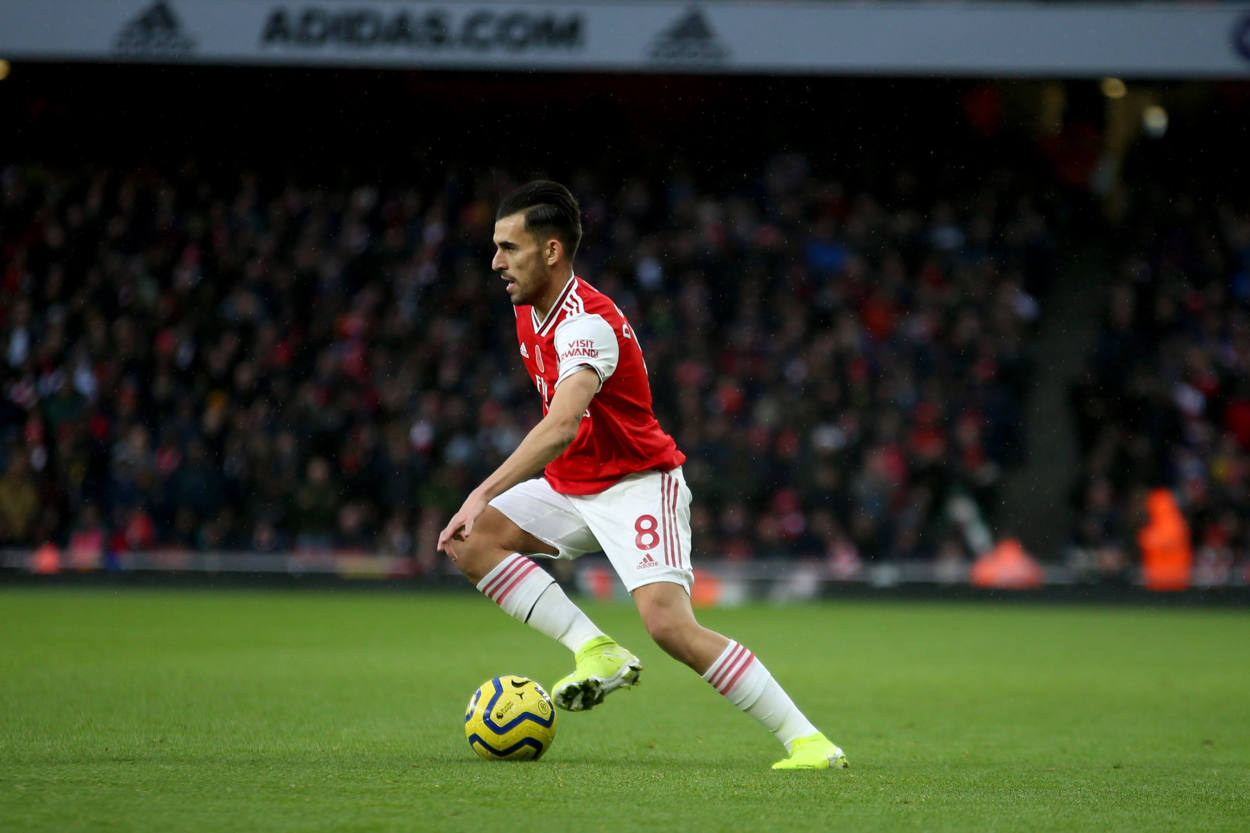 The on-loan midfielder from Real Madrid was reported to be on the verge of leaving the Emirates stadium last month.

Dani Ceballos has stated that Arsenal fans played a massive role in his decision to prolong his stay at the club beyond the January transfer window.

Reports last month claimed that the on-loan midfielder from Real Madrid would leave the club barely six months after joining the Gunners on a season-long loan.

The Spaniard started his Gunners’ career in great fashion but a hamstring injury which he suffered during a Europa League game in November forced him to the sidelines for more than a month.

After returning to full fitness, the 23-year-old was unable to convince new manager Mikel Arteta to give him a role in the club’s starting XI, thereby spending much of the last month on the bench. His off-the-pitch troubles meant that the midfielder was linked with an early exit.While giving an interview to MARCA, the Spain international has claimed that it is the song the Gunners’ fans have made for him which convinced him to stay put in North London.

“I like to have stability at a club, and I decided to stay because Arsenal took a chance on me and I want to return that trust,” Ceballos told MARCA.

“It sounds silly but the Arsenal fans have a song about me, only three or four players have one, and they've been there years. I feel really loved.”

Even though he’s finding limited game time under new boss Arteta, the Spain midfielder predicted that the former Man City assistant boss has a great managerial career ahead of him.

“Mikel is going to be a great coach,” the 23-year-old midfielder said, before explaining the reason behind his claim. “He's learnt from Pep.”The stylish midfielder also claimed during the interview that now that he has got his fitness back, he’d be showing Arteta that he deserves more game time.

“Since I came back, I've been working with him [Arteta] for around two weeks,” said the Spaniard who spent the entire caretaker reign of Freddie Ljungberg on the treatment table.

“[And] now I have to show I should be playing for Arsenal. I'll be important after the break.”

The Gunners faithful would hope that the player gets back to his early-season best as the club tries to climb its way back from 10th place in the table.