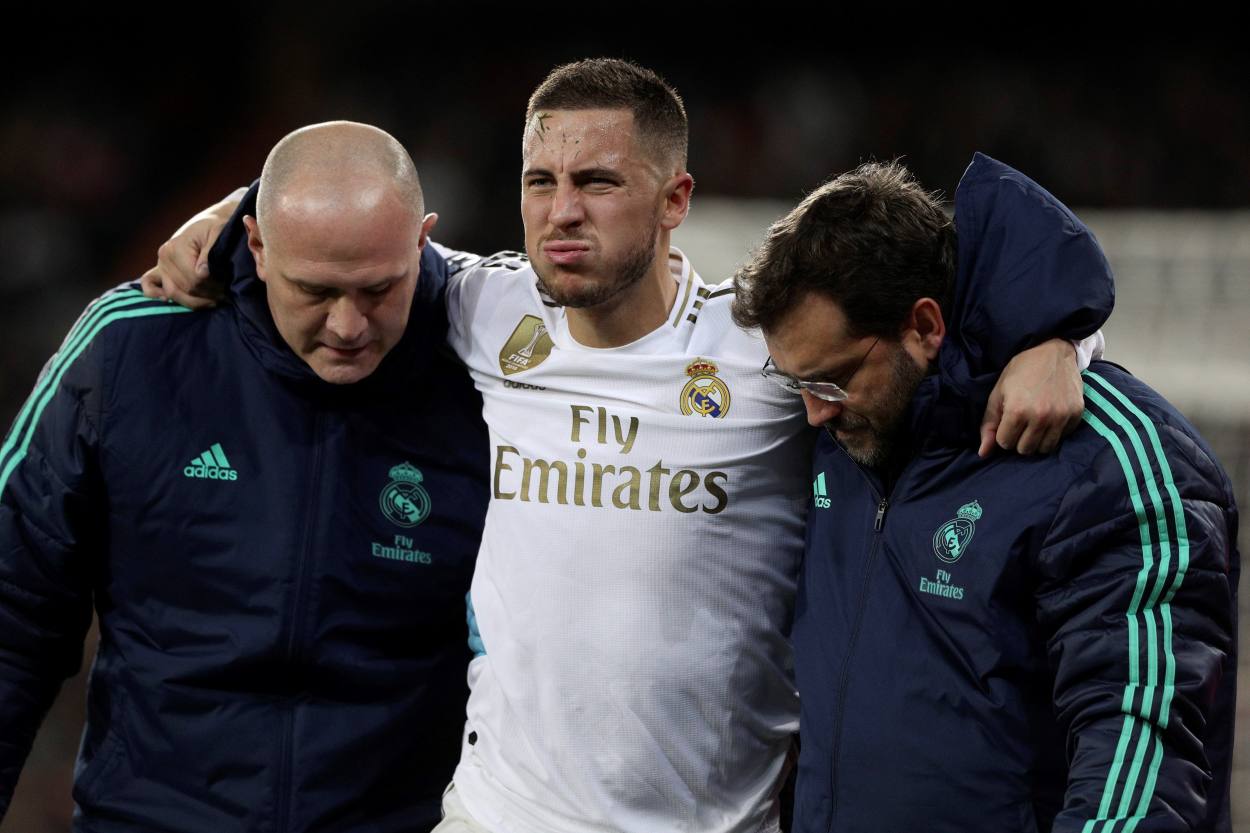 Real Madrid confirmed yesterday that Hazard has suffered another injury that will reportedly keep him out of Tuesday’s clash with Atalanta.

Here's everything you need to know about Eden Hazard's injury record as a Real Madrid player:

Since his arrival at Real Madrid, Eden Hazard has suffered more injuries/illnesses (11) than he has goal contributions (9) in all competitions.

When Los Blancos paid close to € 100m for the Belgium international in 2019, they did so with the hope he'd repeat the same goalscoring form that had made him the darling of Chelsea fans during his seven-year stay at Stamford Bridge between 2012 and 2019.

Less than two years later, that hope has turned into despair.

Mainly because of the fact that since joining Los Blancos before the start of last season, the 30-year-old has suffered more illnesses / injuries (11) than he has had goal contributions (9) for the club. That makes it clear that, instead of becoming an asset Madrid fans could be proud of, Hazard has become a liability.

Eden Hazard has missed more games through injury at Real Madrid in two seasons than he did at Chelsea in seven 🙏 pic.twitter.com/5AWFmExtG8

During his seven year stint at Stamford Bridge, during which the Belgian set the Premier League alight with his scintillating displays, Hazard suffered only 10 injuries.

None of them were major and only one – the hip problem he suffered during the middle of the 2015/16 campaign – forced him to miss more than three games in a row.

However, in his first season in Madrid, the Belgium international suffered two major ankle injuries that forced him to miss the majority of his maiden campaign in Spain.

The same story is repeating itself in the 2020/21 campaign. Transfermarkt.com estimates that Hazard has missed 24 games already this season and by the time he comes back from his latest injury, the Belgian would have spent close to 30 matches on the guidelines.

How worrisome that injury record is could be gauged from the fact that Hazard has sat out more games due to injury / illness already this season (24) than he did in seven campaigns in England (21).

What next for the injury-prone forward?

Do you think Eden Hazard should leave Real Madrid this summer?

While his poor injury record since moving to Madrid has no doubt troubled his new side, Hazard's run-in with fitness issues might pose a massive problem for his country too.

The UEFA EURO 2020 is just around the corner and Belgium manager Roberto Martinez, like his counterpart at Real Madrid, would surely be sweating on the fitness issues of his winger.

However, since his reputation precedes him due to his excellent performances over the past decade, Hazard, no matter how many more games he may miss this season, is always going to be on the plane for his side's trip to this summer's Euros.

Beyond that, however, there is no guarantee. If his injury record continues to be as worse as it currently is, Hazard might not be able to spend time at the top of his game – or at a top football club – for much longer.