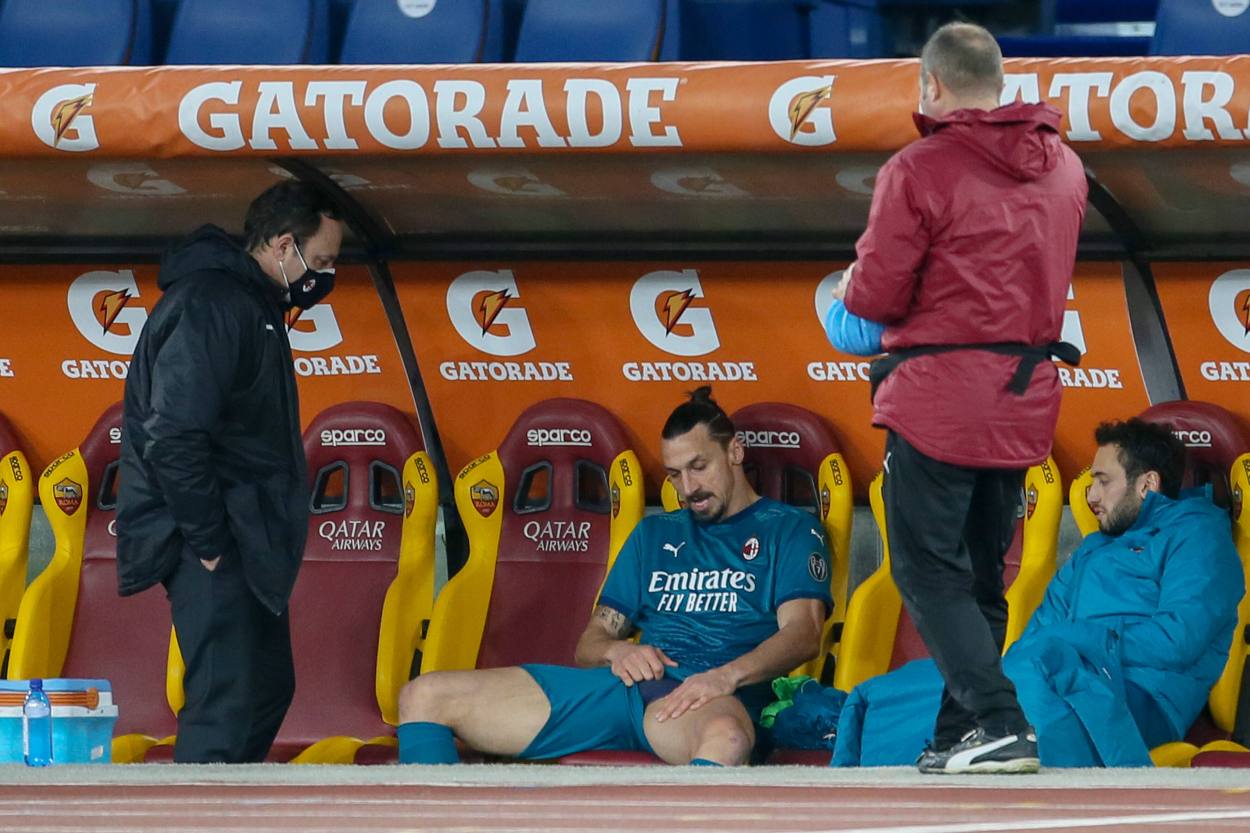 AC Milan have been dealt a massive injury blow ahead of their Europa League R-16 first-leg clash with Manchester United.

Zlatan Ibrahimovic is a huge injury doubt for reports coming out from Italy.

The 39-year-old was part of the Rossoneri eleven that defeated Roma 2-1 at the weekend but had to come off early after suffering a thigh muscle injury during the 2nd half.

Ibrahimovic underwent tests after the game, with those confirming that the adductor issue he has suffered will keep him out for quite some time.

The Swedish forward will now miss his side’s first-leg Europa League R-16 tie against the Red Devils, and is doubtful for the second leg too.

The former Man Utd striker was taken off at the 56th minute mark after he picked up what initially seemed to be a knock. He was replaced with fellow Milan striker Rafael Leao and was seen nursing his left thigh while sitting on the bench.

Stefano Pioli’s side will be sweating on the fitness of the man who has been instrumental in their excellent form in all competitions this season. Ibrahimovic has scored 16 goals in 21 appearances and has played a key role in Milan’s first title bid in almost a decade.

Early reports on his injury claim that the Swede will remain sidelined for up to three weeks, which means he’d certainly miss the first leg due to take place ten days from today, while also being doubtful for the 2nd leg which is scheduled to be held on March 18.

How AC Milan could line up without Zlatan Ibrahimovic against Man Utd?

With the 39-year-old set to remain on the sidelines, Pioli has no choice but to turn to his 2nd choice forward Leao, the 21-year-old Portuguese who has 5 goals in 15 appearances this season, as the replacement for the former Sweden international.

The Portuguese forward is expected to be the solo striker in Milan’s 4-2-3-1 system, with Rebic, Calhanoglu, and Salemaekers behind him in the attacking three and both Tonali and Kessi serving as a link between defense and attack.