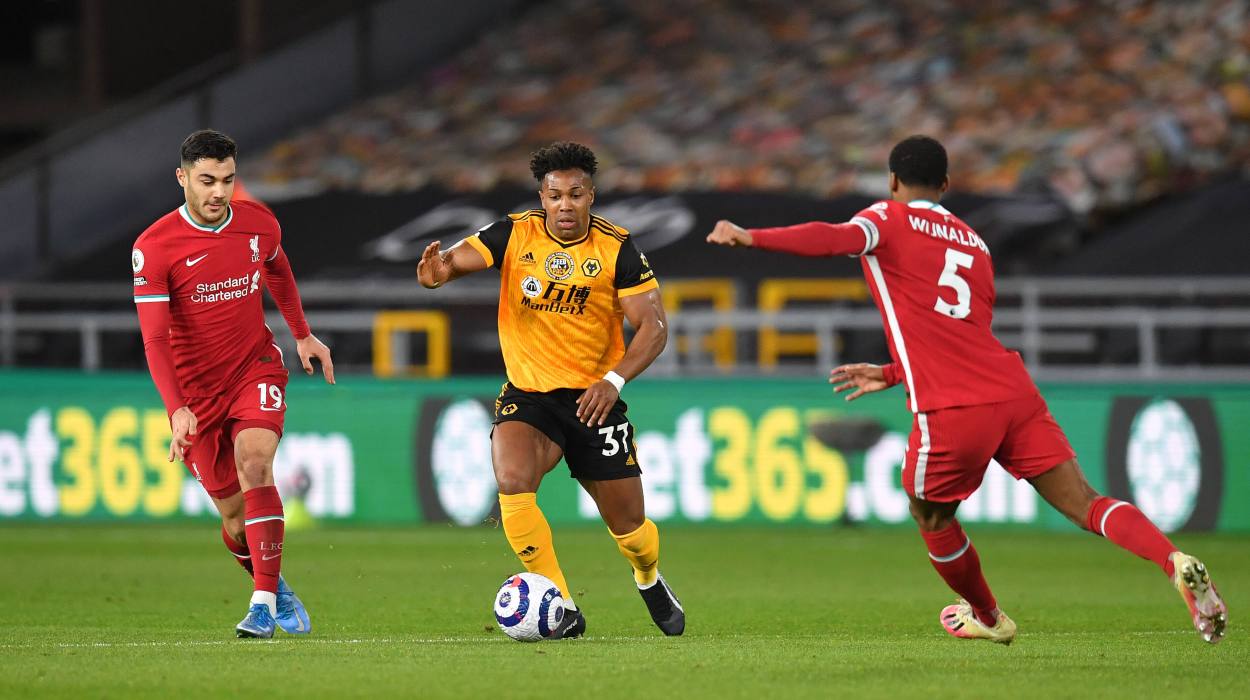 Former Liverpool striker Emile Heskey has tipped Jurgen Klopp’s side to complete the signing of Adama Traore from Wolves in the summer.

The 25-year-old Spain international has been linked with a move away from Nuno Espirito Santo’s side in recent months, with Barcelona keeping tabs on him.

Daily Mail reported earlier this week that Wolves are willing to part their ways with the winger as they look to rejig their squad under their manager.

And Heskey believes that Liverpool shouldn’t let any other club sign Traore as the former Middlesbrough and Aston Villa forward would ‘fit in perfectly at Anfield’.

The former Liverpool striker, who made 150 appearances for the club between 2000 and 2004, believes Traore has what it takes to help Liverpool take their game to the next level.

‘I think he suits a lot of teams but 100 per cent Liverpool,' Heskey told the Independent. ‘If you look at last season the way Liverpool played, a lot of the goals they scored, a lot of them were fast counter attacks.

‘He definitely comes into that bracket, again there's no reason why you can't have competition in several positions.'

Provided Traore does end up moving to Liverpool, he would be following in the footsteps of his former Wolves’ teammate Diogo Jota, who joined the Reds before the start of this season.

Jota moved to Liverpool for a transfer fee that could rise up to £45m in future and has proved to be an instant hit among the Reds’ fanbase.

However, if Traore wants to take the same path Jota took last summer, he has to improve his goalscoring numbers, as the 25-year-old has only 8 goals during two-and-a-half seasons at the Molineux.