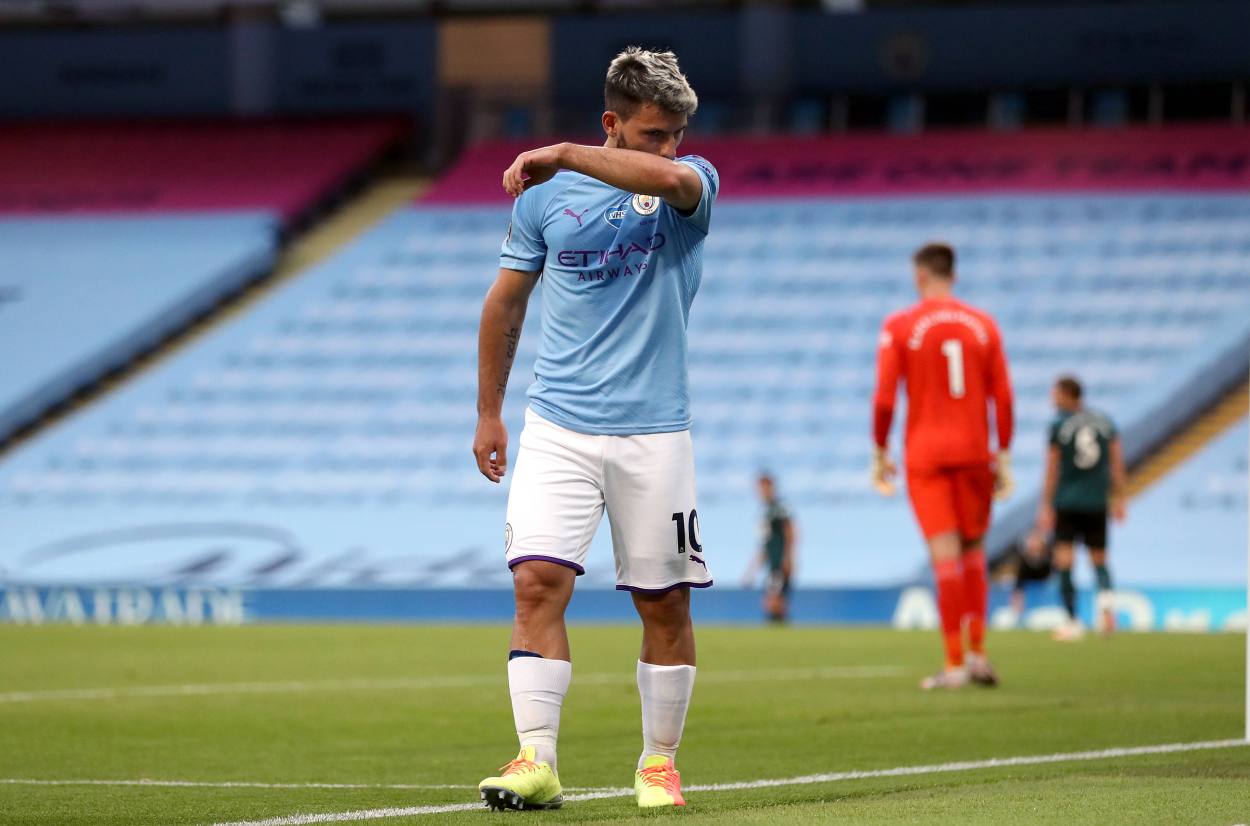 Aguero to Chelsea: Man City striker emerges on Blues’ transfer radar as his contract with Pep Guardiola’s side enters its final few months.

The Argentina international, who has scored more goals for City than any player in the club’s history, will be out of his existing Man City deal this summer.

Pep Guardiola’s side aren’t too keen on offering the Argentine a new contract and are reportedly eyeing Borussia Dortmund’s Erling Haaland as his long-term replacement.

Will Aguero move to Chelsea in the summer?

Even though Barcelona remain favorites to land the Argentine’s signature on a free transfer in the summer, Chelsea might also benefit from his signing.

The 32-year-old has scored 181 goals in 271 Premier League appearances since joining Man City from Atletico Madrid in 2011/12. He will therefore be an able deputy to Tammy Abraham and Timo Werner should the Blues decide to show Olivier Giroud the exit door in the summer.

However, if reports from the last few days are anything to go by, Thomas Tuchel’s side are eyeing the signing of Erling Haaland. Roman Abramovich has reportedly sanction the move for the Norwegian and the Blues might sell several of its first-team players to finance move for the Dortmund striker.

Such a scenario, should it ever come to pass, would leave Aguero with little option but to put pen on paper with FC Barcelona.