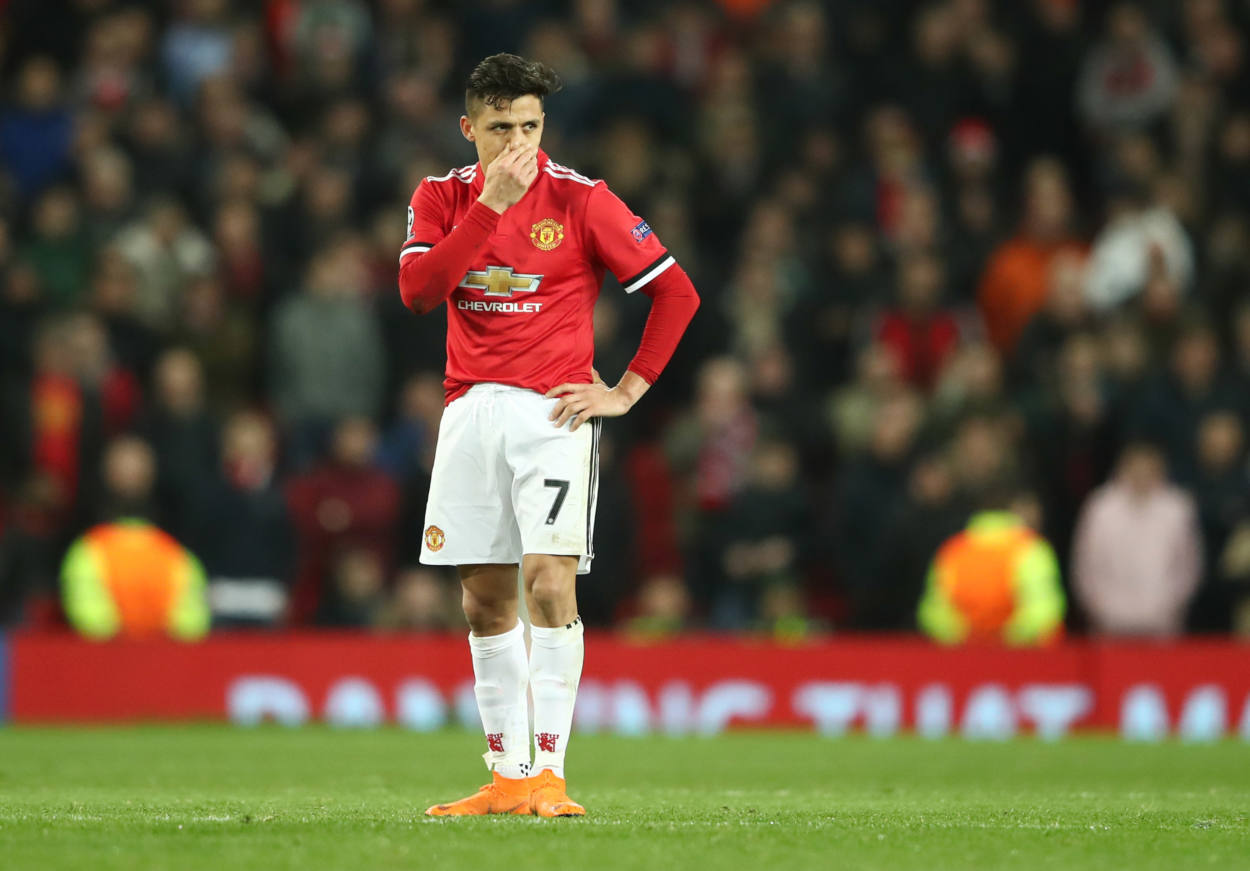 Alexis Sanchez reveals why he failed at Manchester United

Former Barcelona forward Alexis Sanchez has blamed the lack of game time for his failed spell at Manchester United.

Sanchez, 30, had joined the Red devils in a highly publicized move in January 2018, in a swap deal which saw Henrikh Mkhitaryan moving the other way.

Despite making 45 appearances for the Red Devils in all competitions, the Chilean managed to score only 5 goals during his 1 1/2 year stay at the Old Trafford stadium.

His performances at Manchester United were a far cry from the form Sanchez had shown for his previous clubs in Arsenal and Barcelona. While he had scored 80 goals in 166 appearances for the Gunners during his 3 1/2 year stay there, Sanchez had found the back of the net a respectable 47 times in 141 appearances for Barcelona.When asked the reason behind his failed spell at the Old Trafford, Sanchez was quick to blame the lack of game time for his ordeals in a Manchester United shirt.

“If they let me play a full game, I would win it.” said Sanchez who secured his loan move to Inter Milan a few days ago. “But sometimes I'd have 60 minutes and not play the next game and I didn't know why.”

“I'm very happy I went to Manchester United. I've always said that. It's the club that's won the most in England. When I went to Arsenal it was fantastic. I was happy there. But United were growing at the time, they were buying players to win something

“I wanted to join them and win everything. I don't regret going there.”Perhaps there is nothing that better indicates how big a mistake Manchester United made by signing Sanchez than the astronomical amount which they paid the Chilean in wages

When Sanchez joined Manchester United in January 2018, the Red devils weren't the only club after his signature – as city rivals Manchester City were also reportedly looking to sign the Chilean

In an effort to fend off the competition, Manchester United agreed to make Sanchez the biggest earner in their squad, giving him around $500,000 in wages per week. That amount doesn't include the other bonuses which are routinely inserted in the contract of all football players.

However, despite paying a staggering amount in wages and bonuses, all Manchester United got from Sanchez was a meager tally of 5 goals in 45 appearances, averaging one goal per 550 minutes of playing time – a diabolical amount for a player who spent more time on the injury table than he did playing on the pitch for the side. [/ vc_column_text] [/ vc_column] [/ vc_row] “Trending:” taxonomy = “post_tag”] [/ vc_column] [/ vc_row] [/ vc_section]