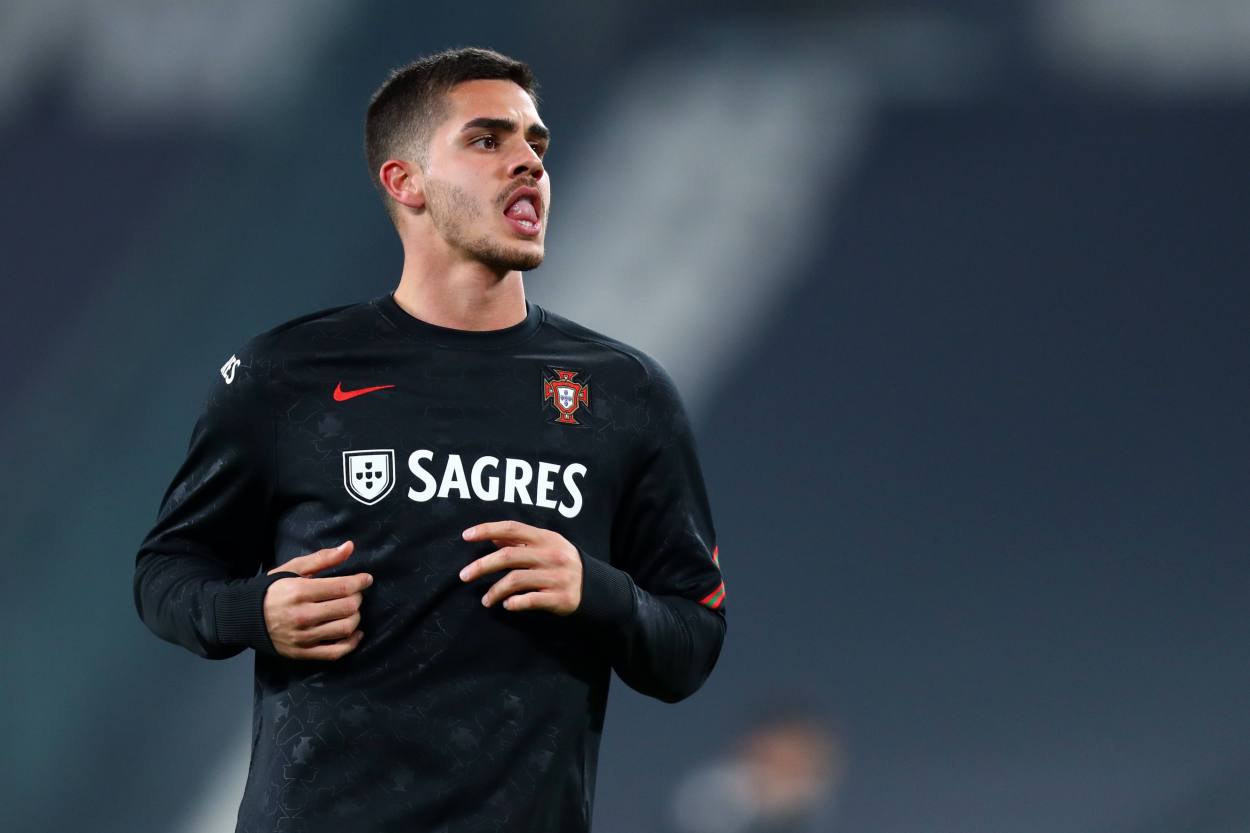 Barcelona are eyeing a summer move for Eintracht Frankfurt striker Andre Silva, according to reports coming out from the Spanish press.

The 25-year-old AC Milan loanee has set the Bundesliga alight since moving to Germany on a two-year loan deal before the start of last season.

Silva scored 12 goals in his debut campaign in the German top-flight and has added another 21 in only 24 appearances in the 2020/21 season.

His excellent performances in front of goal have allowed the Portugal international to climb up to 2nd place in the Bundesliga scoring charts this term, alongside Borussia Dortmund striking sensation Erling Haaland who is also being linked with Barcelona over the past weeks.

Despite the fact that the 25-year-old won’t come as expensive as Erling Haaland or Romelu Lukaku, two forwards Barcelona have been linked with over the past month, chances of him joining the Camp Nou outfit are pretty slim at the moment.

Ronald Koeman might be in the market for a pure number ‘9’ but the Dutchman has already struck a deal with Memphis Depay who would join Barcelona this summer and will rival Antoine Griezmann for that role in the Barca starting XI next season.

Throw into the mix the fact that Depay will be available as a free agent – as his Lyon contract will come to its end at the end of this season, and it makes sense for the Camp Nou outfit to prefer the signing of the former Man Utd winger over Andre Silva.