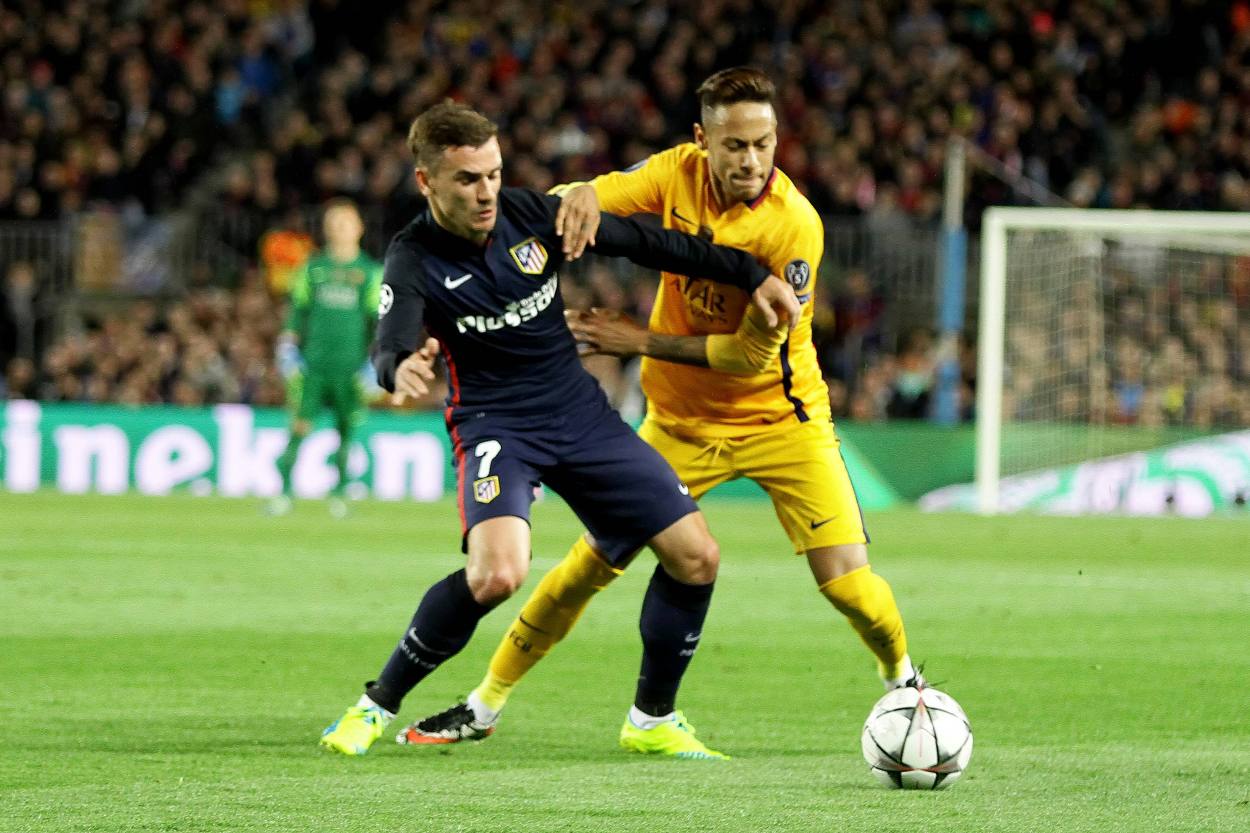 Antoine Griezmann Vs Neymar: Who performed better in their first La Liga season with Barcelona?

Antoine Griezmann Vs Neymar: Ligalive compares the performances of the duo from their first La Liga seasons with Barcelona.

With the 2019/20 Spanish top-flight season now behind us, Ligalive compares the performances of Griezmann and Neymar during their respective first campaigns with Barcelona.

This should come as a surprise given that Griezmann, unlike Neymar, had more than a decade of experience of playing in the Spanish top-flight before his move to the Catalan giants last summer.His Brazilian counterpart didn’t had that luxury as Neymar was yet to step foot in any European league whatsoever before Barca completed his signing from Santos in 2013.

To shed further light on the performances of the duo during their respective first seasons at the Camp Nou, Ligalive has compared the offensive performances of both during their maiden season with the Catalan giants.Given the fact that he’d be turning 30 next March, it shouldn’t come as a surprise that Griezmann managed more game time in his maiden season at Barca than a then 21-year-old Neymar.

However, while the France World Cup winner played (35) and started (31) more games than the Brazilian – who took part in only 26 La Liga games during his inaugural season in Spain, he still managed to score the same number of goals (9) that Neymar managed in 9 fewer appearances.

That isn’t where the bad news end for Griezmann. The 29-year-old has a victim for some and an emblem for others of Barcelona’s failures this season, but his on-field contributions fail to buck the perception that he could have done better for Quique Setien’s outfit this term.

Take his assists numbers as an example. Griezmann was able to directly assist his teammate in scoring a goal on only 4 occasions in La Liga in the 2019/20 campaign. By contrast, Neymar was able to help his teammates score 8 goals six seasons ago.Apart from scoring exactly the same and assisting fewer goals than Neymar, the France international fared worse in the other attacking dimensions of his game as well.

Take the matric of key passes per game. WhoScored shows that Neymar, who didn’t have Suarez playing alongside him that season, managed to provide an impressive 1.6 key passes/game during his first La Liga campaign. Griezmann, meanwhile, falls well short with just 0.9 key passes/game.Barcelona’s opponents were aware of this statistic as well. Hence the reason why they fouled the then 21-year-old Brazilian more times per game (3) than they brought down Griezmann (0.6) in what could be described as the latter’s most average season in Spain.

All these statistics add up to show why, despite spending more than €300m on new strikers since the departure of the Brazilian, the Barcelona fans still yearn for the days when their side had the  likes of Messi, Neymar and Suarez as their front three.