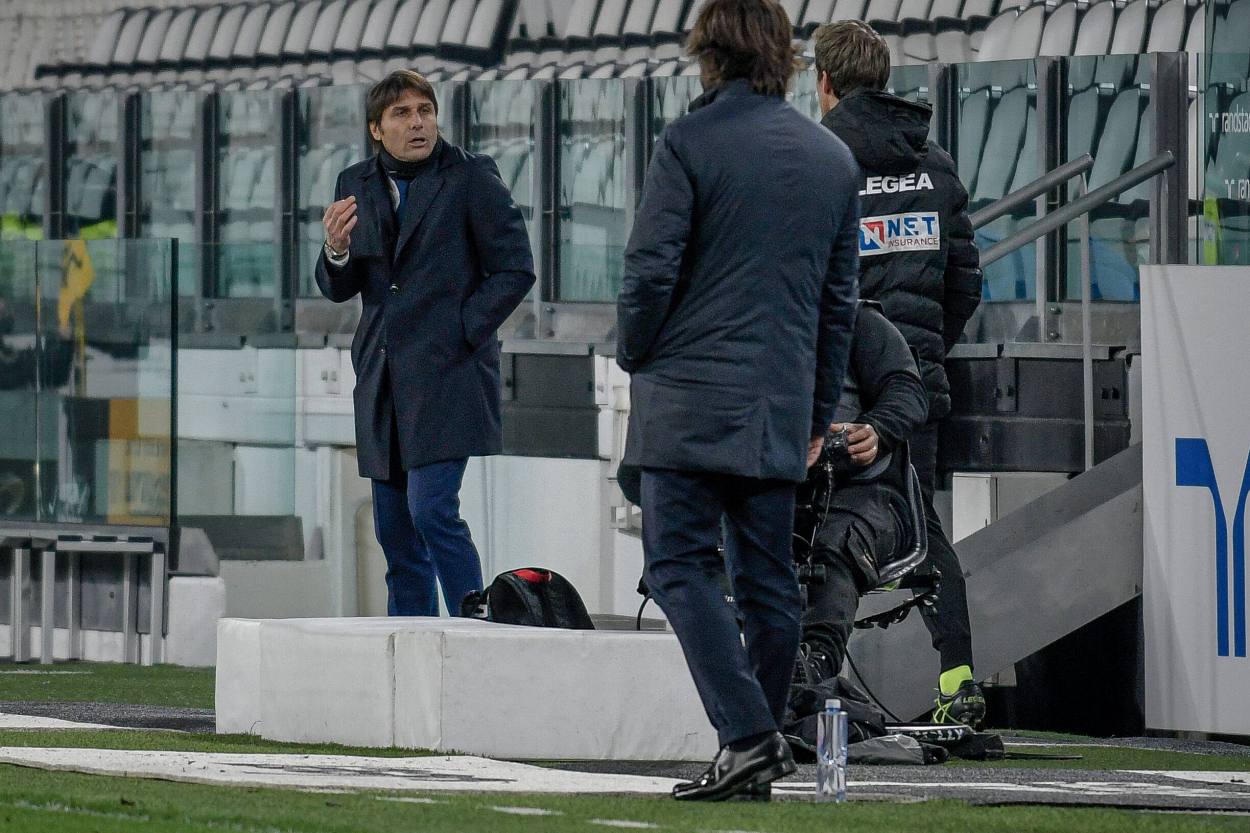 Antonio Conte will not face any punishment for raising his middle finger in the direction of Juventus president Andrea Agnelli during Inter Milan’s 2nd-leg Coppa Italia semi-final clash with the Old Lady on Tuesday, per Sky Sports.

The former Chelsea and Juventus boss was caught on camera showing his middle finger to Agnelli during his side’s 0-0 draw with the Old Lady that sent Inter out of the competition based on the 2-1 score line from the first leg.

Conte isn’t on good terms with his former boss since leaving Juventus to take over the reins of the Italian national team in 2014. The Italian manager left that role two years later to take over as Chelsea’s manager, before eventually returning to Italy in the summer of 2019 with Inter.

The reason why he won’t be sanctioned for his on-pitch behavior is because neither the referee nor the match adjudicator’s report mentioned the incident.

Conte Vs Agnelli: Why they hate each other?

The main reason why Conte and Agnelli traded insults on Tuesday has to do with the strained relationship between the pair since the former left Juventus in 2014. Conte did so after raising his doubts about Juventus’s transfer strategy and his abrupt departure from the club caught everyone by surprise.

So poisoned is their relationship that Agnelli doesn’t want Conte, who won three Serie A titles with the Old Lady, to return to the club. The Juventus president was recommended this option by Fabio Paratici and Pavel Nedved in 2019 but decided against it by hiring Maurizio Sarri.