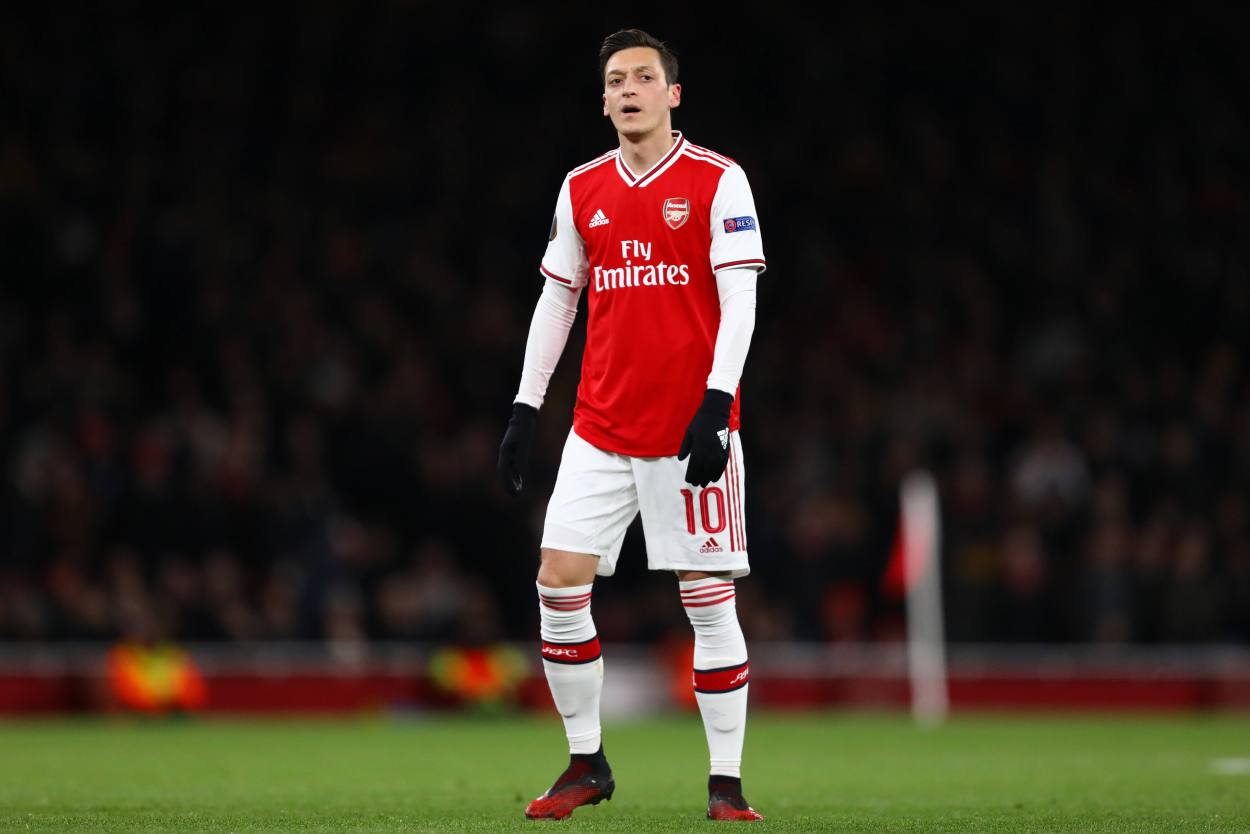 The Gunners’ manager reportedly wants to use the funds generated by their sales to fund moves and strengthen his side ahead of the 2nd half of the season.

The Gunners' manager reportedly wants to use the funds generated by sales to fund Their moves and strengthen his side ahead of the 2 nd half of the season.

Mikel Arteta wants to sell five players in the January transfer window as the Arsenal manager claims ‘we cannot sustain' the numbers currently at the club, per Daily Mail .

The first of the six players who will be shown the door in the winter transfer window is left-back Sead Kolasinac. The former Schalke full-back has fallen down the pecking order at the Emirates this season and is close to sealing a permanent transfer to the Bundesliga outfit next month.

He is expected to be followed out the door by the likes of Mesut Ozil and Calum Chambers. Ozil has been out of the squad since making comments about China, whereas former Southampton full-back Chambers, like his teammate Kolasinac, isn't rated highly by the Arsenal manager.

The next two players who are expected to be on the Arsenal chopping block in January are center-backs William Saliba and Sokratis Papastathopolous. Saliba hasn't started a Premier League game for Arsenal since joining them from Lille in the summer and is eyeing a loan move next month, whereas the arrival of Gabriel Magalhaes in the summer has contributed to both him and Sokratis feeling unwanted at the Gunners.

Mustafi is expected to join Barcelona next month

As Ligalive reported earlier this month, Mustafi is reportedly eyeing a transfer to Barcelona after his agent held talks with the Camp Nou outfit to discuss a potential move for his client. The Germany international is only one of the six players mentioned here who are sure to leave next month.

That's mainly Mustafi is currently in the last few months of his Arsenal contract and will leave the Gunners on a free in the summer – an option which isn't appealing for Arsenal for obvious reasons, which is why they are expected to cash-in on the German in January.