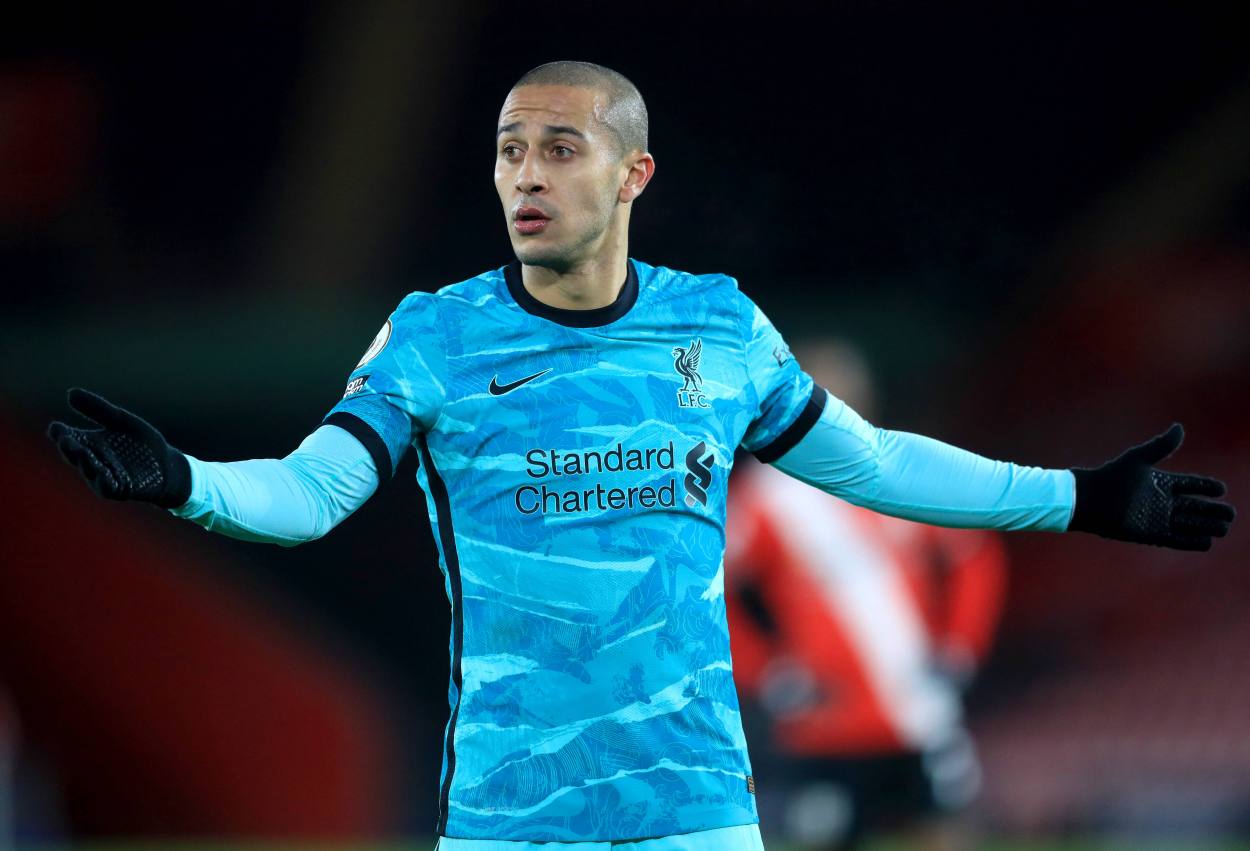 Five months after he agreed to join Bayern Munich in a €26m transfer fee, Thiago Alcantara sat down to answer the questions of the club’s faithful.

Thiago Alcantara has claimed that he couldn’t pick between Steven Gerrard and Xabi Alonso and would rather ‘pick both’, before adding that both were legends at ‘this club’.

The Liverpool playmaker was answering fans’ questions in the #AskThiago (Ask Thiago) session organized by his new club on YouTube. Many Reds’ faithful were urging their side to organize the session ever since Thiago completed his move to the Merseyside from Bavaria in August last year.

Here’s what he stated in response to several questions: