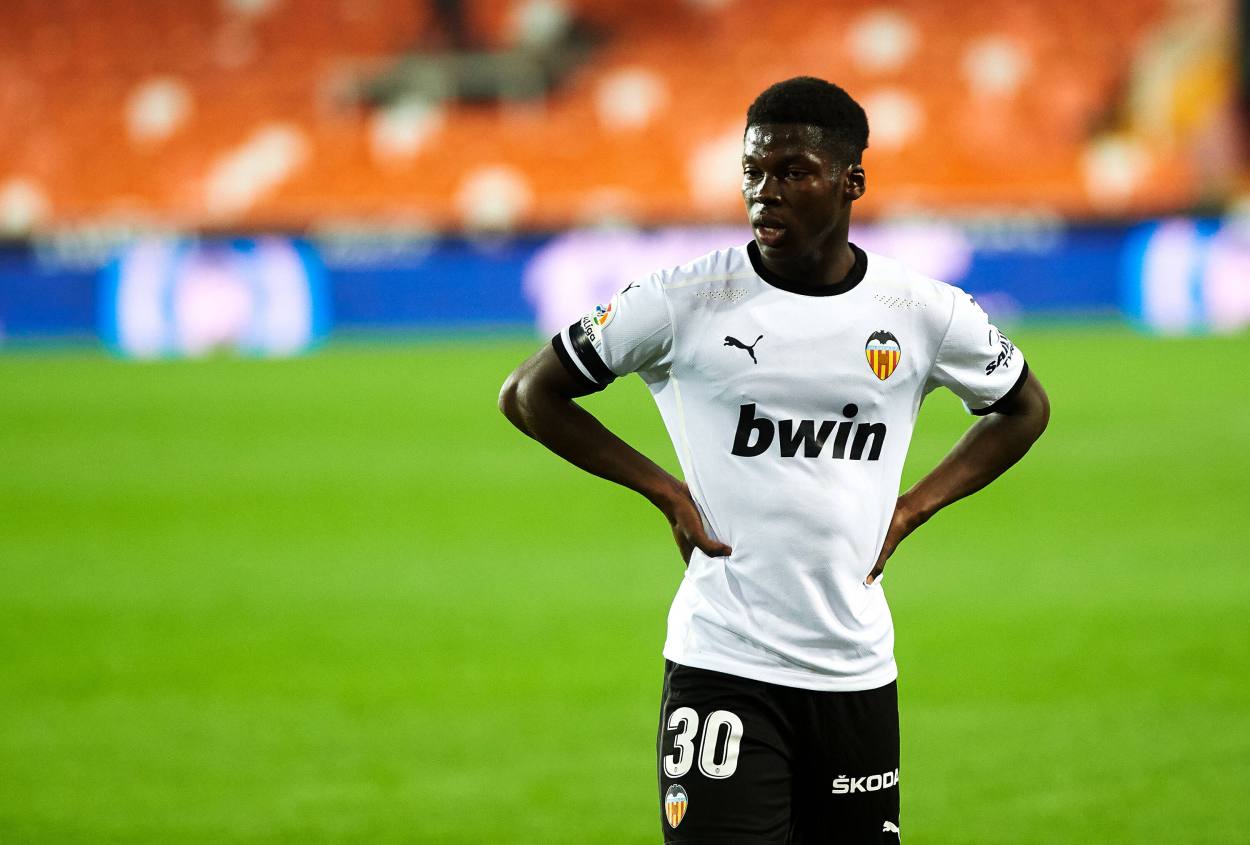 The 17-year-old English midfielder came through the youth ranks of Arsenal before moving to Spain in the summer of 2019.

The teenage star joined the Spanish outfit last summer and has went on to establish himself as one of the best youth prospects currently at Mestalla. His excellent form for Javi Garcia’s side has even tempted the United States to try and convince him to represent them at the international level.Musah came through the youth ranks of Arsenal before leaving the Gunners to join the Valencia B side before the start of last season. He has represented England at all the junior levels but is also eligible to play for Ghana, Italy and the United States.

The 6’ central midfielder didn’t play at all for the senior side in his opening season in Spain but has already made 7 La Liga appearances so far this season. Reports in Spain claim that Valencia will be keen to listen to offers for the teenager when the transfer window reopens in two months’ time.The French winger was also on the transfer radar of Manchester United who failed in their efforts to bring him to Old Trafford this summer.

The 21-year-old attacking midfielder mostly plays on the left side of Leverkusen’s attack but has also played on the right side of his side’s front three on at least one occasion this campaign. He has made 9 appearances for Peter Bosz’s side this season, scoring one goal in the process.

Diaby came through the youth ranks of Paris Saint-Germain and made 25 Ligue 1 appearances for them during their title winning 2018/19 campaign. That season was a highly successful one for the central midfielder who averaged an assist every 190 minutes for Thomas Tuchel’s side.

The central-midfielder then joined Leverkusen on the advice of his former manager who had advised him to move to Bundesliga in search for more first-team action. Diaby currently has four years left on his contract and will therefore command a sizeable fee on his potential departure from Leverkusen.Since joining the Gunners in a £25m move from French outfit St. Etienne in the summer, the centre-back is yet to make a senior appearance for his new club.

William Saliba is frustrated at the lack of game time coming his way at Arsenal and may leave the club in January, claims Goal [quoting reports in France].

The 19-year-old centre-back put pen to paper with the Gunners last summer in a deal that saw him spending the 2019/20 season in Ligue 1. However, since moving to North London before the start of this season, Saliba has been unable to garner much game time.Part of the reason why Arteta might be unwilling to throw the youngster in the starting XI is the form shown by Gabriel Magalhaes and Rob Holding. Both the centre-halves have put in excellent performances so far this season, helping the Gunners boast the tightest defense in the Premier League.

However, regardless of the reasons of his exclusion, Saliba is unhappy at his new club and may opt for a change in scenery in two months’ time if he doesn’t get any game time between now and the start of January transfer window.