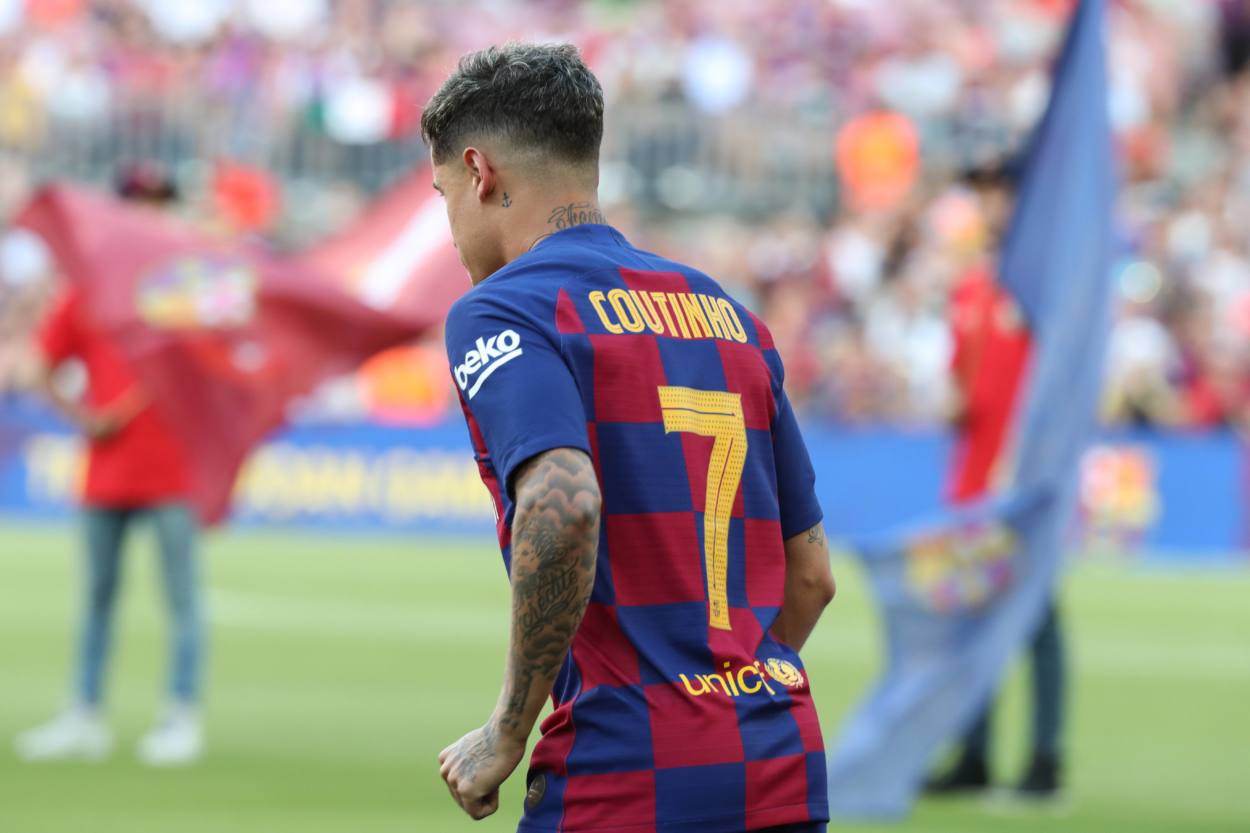 According to a report, Barcelona have told Chelsea that they can sign former Liverpool playmaker Philippe Coutinho if they meet one condition.

After having an average loan spell at Bayern Munich, the former Inter Milan midfielder is set to return to the Camp Nou in the summer.

Chelsea they can sign Philippe Coutinho in the summer if the Blues agree to insert a mandatory purchase clause into the deal.

Frank Lampard’s side are interested in acquiring the services of the Brazilian who set the Premier League alight during his five-year stay at Liverpool.The 27-year-old was one of the mainstays of the Liverpool attack before he pushed the Reds to let him leave for the Camp Nou in a £142 million deal in January 2018.

Coutinho has since been unable to replicate the form which convinced Barca to sign him in the first place, with the Brazilian now looking set to leave the Catalan giants less than two years after he joined the club.According to a report by Sport, the Camp Nou giants are willing to offload Coutinho permanently if any club could meet their £80 million valuation of the 27-year-old.

However, with Chelsea only interested in signing the midfielder on loan in the summer, Barca have told them they’d have to include a mandatory purchase clause into the deal.

The Catalan giants have tried to convince Chelsea by claiming that if they agree to this condition, Barca would reduce their price tag of Coutinho to £53m next summer.

In the meantime, the Blues would have to foot the entirety of Coutinho’s £11.5m annual wage bill to sign the forward on loan for a year.

Why Barca are so keen on offloading Coutinho?

Despite the fact that Coutinho isn’t having the best of loan spells at the Allianz Arena, his stats indicate that the Brazilian hasn’t flopped in Germany either.

Coutinho’s return of 8 goals and 6 assists in only 15 Bundesliga starts is decent enough for a midfielder who has never played in that league before. One may wonder, then, what is it that has convinced Barca to wash their hands off the midfielder whom they signed less than two years ago?

As we have reported in these pages before, the club is planning a major overhaul of its squad in the upcoming summer transfer window. The Camp Nou higher-ups believe that they’d have to build another winning side around Lionel Messi if they’re to convince him to end his career at Barca.

The rebuilding job isn’t going to be cheap and Barca are ready to offload all those players, including Coutinho, who can help the club bring-in much-needed cash which they could then reinvest in their squad at the end of this campaign.

Apart from trying to secure the signing of a right full-back and center-half in the summer, the club might try and attempt to secure a winger as well as a central striker in the summer. Coutinho, as it turns out, will be sacrificed by the club desperate to raise some cash to complete all these signings.