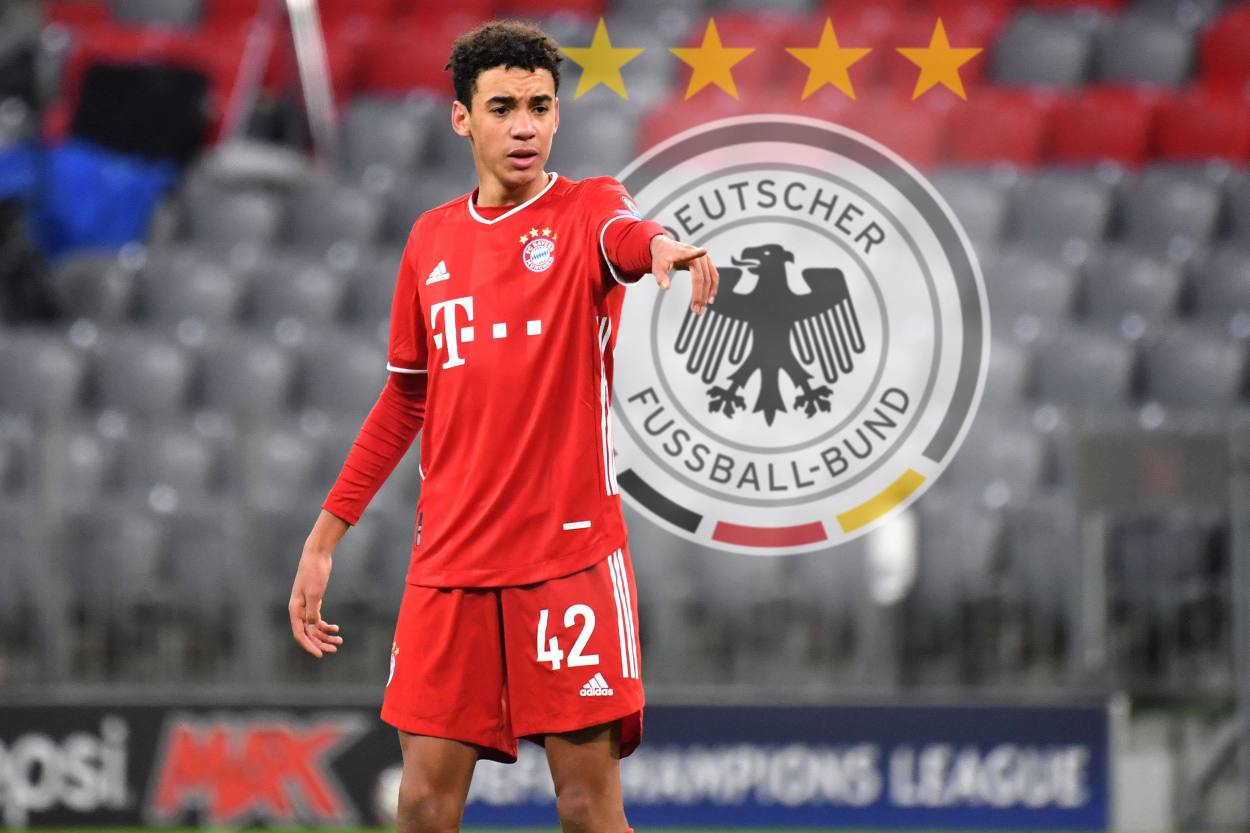 Bayern Munich star Jamal Musiala reveals why he has decided to play for Germany and not England despite representing the latter at youth level.

Bayern Munich star Jamal Musiala has revealed that the decision to pledge his future to Germany rather than England wasn't an easy one for him.

The 17-year-old has made this decision only days after he became the club's youngest ever goalscorer in Champions League with his strike against Lazio in midweek.

Musiala found the back of the net from the edge of the Lazio's box after Robert Lewandowski had opened the scoring for the away side courtesy some shoddy defending on the part of Lazio.

His Tuesday's strike came after the 17-year-old had scored 3 goals in only 2 Bundesliga starts for the reigning German, European and world champions this season.

The former member of youth setup has made 25 appearances in all competitions for Bayern this season, scoring 4 goals in the process.

Musiala reveals why he chose Germany over England

In an interview with The Athletic , Musiala has claimed: “I've thought about this question a lot. What is best for my future? Where do I have more chances to play?

In the end, I just listened to the feeling that over a long period of time kept telling me that it was the right decision to play for Germany, the land I was born in.

Still, it wasn't an easy decision for me. I have a heart for Germany and a heart for England. Both hearts will keep on beating. “

The attacking midfielder, who will be celebrating his 18 th birthday on Friday, is expected to sign a new contract with the Bavarian outfit in the coming months.