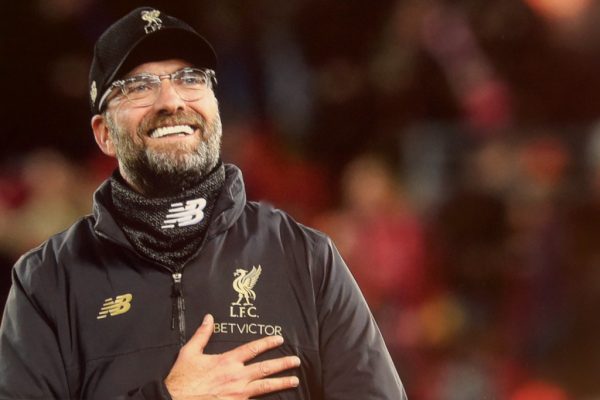 Best German managers in the history of the Premier League

There is an interesting relationship between German managers and the Premier League. Some have taken up managerial roles and bombed them. But several have snatched positions and enjoyed enormous success. We will be focusing on the latter right here, and some of the records these guys have are just phenomenal. Interestingly, we’ve seen a recent surge regarding success from German managers in the Premier League too.

So while yes, we will be taking a stroll down memory lane. We don’t need to go back that far for the very best!

Most successful German Premier League managers of our time

Klopp is without question the most successful German manager that the Premier League has ever seen. He took over the manager position at Liverpool in October 2015, and he has been there ever since. He has been named as the FIFA Coach of the Year on two separate occasions, and his trophy cabinet is rather impressive. Klopp had quite a job on his hands when taking over at Liverpool. But following a few rebuilding seasons, Klopp truly started to shine as an incredible manager.

This already cemented Klopp’s place as the most successful German manager in the Premier League of all time. But Klopp is not done yet! He is still going strong after more than six years in the job, and he will no doubt want more titles.

Tuchel only took over the manager's role at Chelsea in January 2021. When he joined, Chelsea was underperforming to put it politely. Lampard, a club legend, had failed them as a manager, and Tuchel was brought in to pick up the pieces. As history shows us, he did a fairly sublime job of turning things around. In his very first season, bearing in mind he joined mid-season, he led Chelsea to the Champions League title, FA Cup final, UEFA Super Cup glory, and a solid 4th place finish in the Premier League.

This kind of success was viewed as impossible when he took over the job in January. But ever the optimist, he completely transformed the mindset and belief at Stamford Bridge. He took a bunch of negative and low-morale players and transformed them into beasts. As they say, the rest is history, and it seems that Tuchel is determined to prove that this wasn’t beginner's luck.

Currently, Chelsea is comfortably at the top of the Premier League table. And they are looking strong in the Champions League too. All in all, it seems that Klopp has a bit of competition here!

Farke has been in charge at Norwich City since 2017. At the time, they weren’t a Premier League side. Norwich was desperately seeking promotion to the Premier League, and Farke delivered. During their 18/19 campaign, Farke led them to promotion. Norwich City actually won the league, and Farke received plenty of praise for his achievements. The next season, of course, Norwich were at the highest level of English football. However, things didn’t bode well, and they were relegated during his first season in the Premier League.

Farke kept his role at the club, however, showing that the board had faith in his abilities. This faith was well placed too it seems, as Farke gained promotion back to the Premier League the very next season. Yet again, he led Norwich City to a Championship topping year, and Norwich moved back up. Currently, Norwich City is again in the Premier League, but they are sitting in dead last. Farke is clinging on right now, but it certainly isn’t looking great for the German.

Stay in the know with Bundesliga transfers: the latest news and rumours