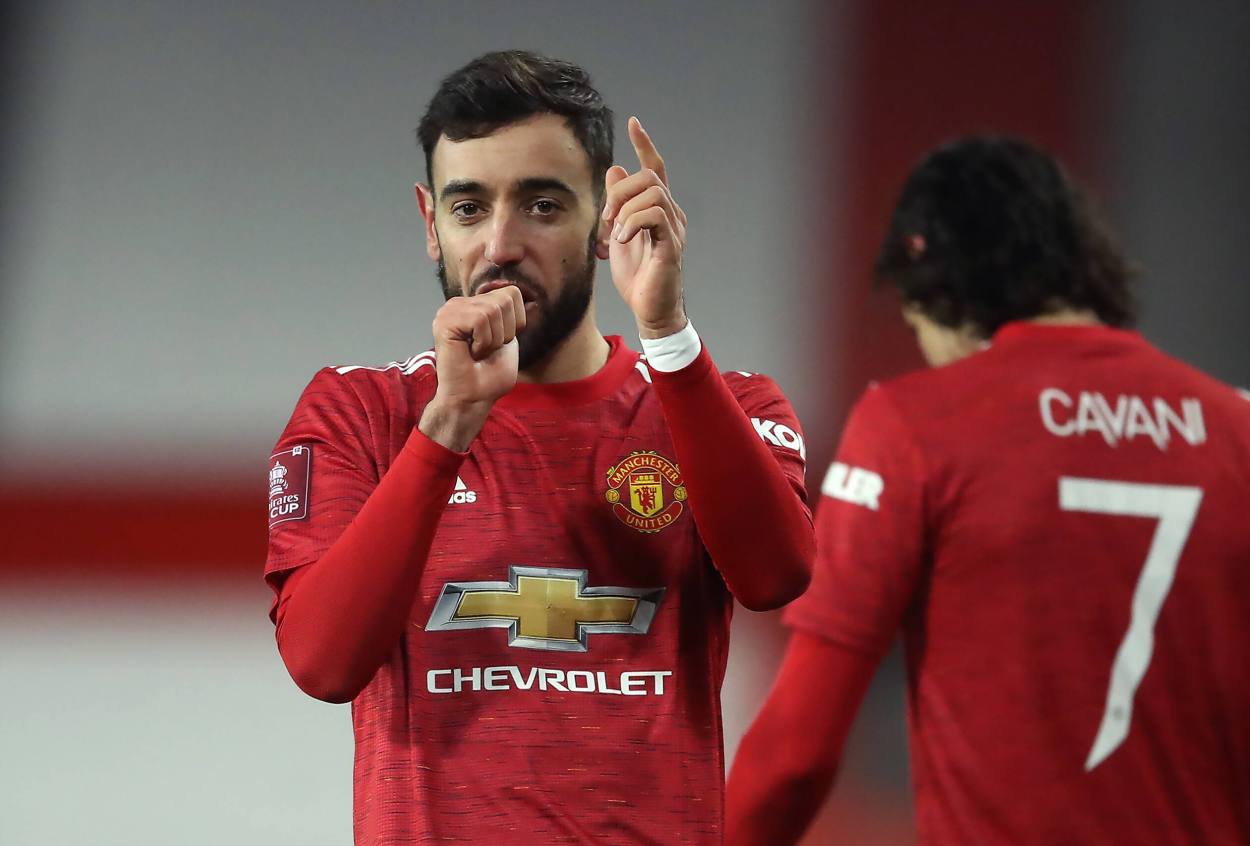 Since making his debut for Manchester United last January, Bruno Fernandes has single-handedly carried the Red Devils with his impressive run of form.

Since making his debut last January, no Premier League player has scored more goals than Bruno Fernandes – 28 goals in all competitions. The Portuguese midfielder also assisted 17 times during the process.

Since January 2020, only Cristiano Ronaldo, Robert Lewandowski, and Lionel Messi had more goal involvements in Europe's top five leagues than Bruno Fernandes.  Bruno, who netted his first Premier League against Watford, won four PL players of the month award in 2020.

Manchester United are now sitting second in the table, only one point off leaders Manchester City – thanks to the impressive run of form of their star asset Bruno Fernandes.

Experts’ say on the Portuguese playmaker:

“Fernandes' arrival transformed the whole team, not just by his own skill and ability to find a killer pass, but because his presence seemed to add an extra 10% to every other United player too.”

“When he came on he made a massive difference because he is a top-quality player.”