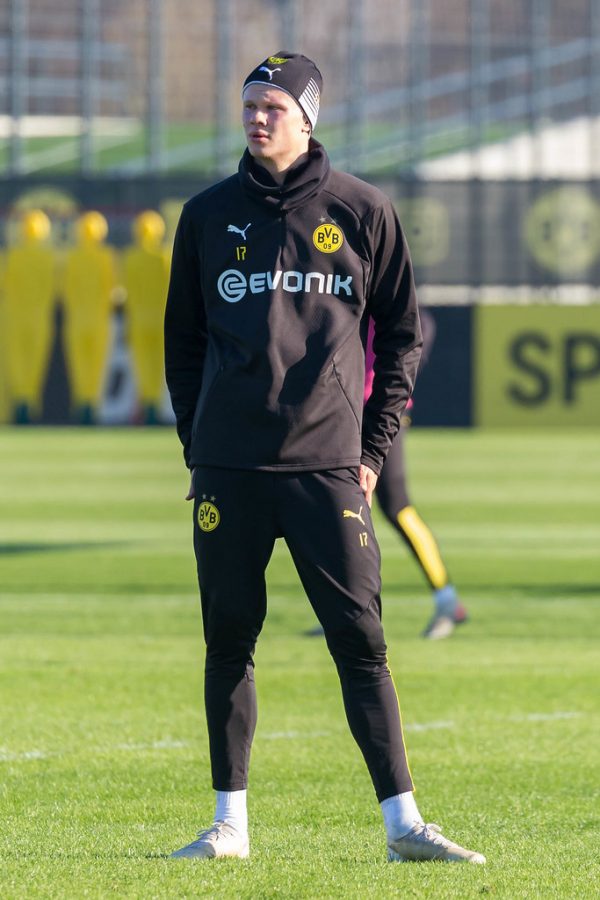 The Bundesliga transfer window might be closed at the time of writing. However, transfer rumours are hotting up over who might go where in January. There are some significant talks occurring behind the scenes at major clubs too. Although with this said, certain rumours and news stories have more merit than others. Below, we’d like to focus on transfer rumours that have some substance to them. And all in all, these are the moves that we feel could be most probable come January.

Some of these stories might still be in their early stages. But having scoured the web, we’ve discovered that these moves are the most likely. Of course, anything can happen between now and January, so these transfer rumours shouldn’t be seen as ‘guaranteed’. Instead, we will simply reveal the details and identify how likely it is they might happen.

Olmo is currently a bit of a star striker for RB Leipzig. But according to reports, he is receiving plenty of attention from two Premier League clubs. And as it happens, the two clubs showing interest are both based in Manchester! Reports have stated that both Manchester United and Manchester City are hunting down the Spanish forward. The strange thing about this, however, is that neither side has difficulties in attacking or scoring goals right now.

Instead, it is widely believed that the clubs are showing interest due to his versatility. He can easily drop back and play as an attacking midfielder if required. So perhaps this is the vision of both Manchester clubs? Olmo has only recently concluded his debut season in the Bundesliga, however, so it’s unclear yet whether he wants more time in Germany.

This is a massive transfer news story that we just had to cover. During the 2019 transfer window, it was a bit of a bidding frenzy involving Haaland and multiple clubs. However, he ultimately made the move to Dortmund, and he’s been rather prolific there since. Haaland is without question one of the most talented strikers on the planet right now. And his performances have yet again been attracting interest from major European clubs. Reportedly, Bayern Munich has been sniffing around for Haaland as a suitable replacement for Lewandowski – should he leave the club for a bigger challenge, which is a big if.

Another club that has expressed keen interest is Manchester City. These guys don’t have the strike force they once had since letting Sergio Aguero go. And a superstar like Haaland could swoop in and make all the difference. Manchester City would need to pay the £75 clause to end his current contract, however, which is quite substantial.

Wirtz is a talented midfielder who currently plays for Bayern Leverkusen. He is still young at 18 years of age, but already, big clubs are queuing up to sign him. In recent months, teams like Chelsea, Bayern Munich, Manchester United, Real Madrid, and even Liverpool have shown interest. But in terms of where he might go, that would be determined by suitability and financial capability. Clubs that approach Wirtz for a January deal are likely to snap him up for a decent fee. But should this be delayed, experts predict that a deal might stretch to the £90 million mark.

Needless to say, clubs may want to move quickly to avoid such a huge transfer charge. And since he has been tearing it up in the Bundesliga this season, we wouldn’t be surprised if he was snatched up. But of all the clubs mentioned above, we feel that Manchester United may have the best shot. There are reports that Pogba might be leaving in January, and Wirtz would seem a great substitute.

Nkunku really caught the attention of major clubs when he secured a hat-trick against Man City in the Champions League. Sure, Leipzig ultimately lost the game, but he showed the world what he is capable of. And in terms of his overall statistics this season, he has hit the back of the net 12 times, which is fairly impressive. When you consider that he’s an attacking midfielder, that becomes even more noteworthy. According to reports, Chelsea, Real Madrid, and even Manchester City have expressed interest.

They all have the financial capacity to sign the young midfielder. But it may come down to a personal decision from Nkunku on where he wants to go. All will no doubt be revealed come January.

Who's who? Read more about the best German managers in the history of the Premier League