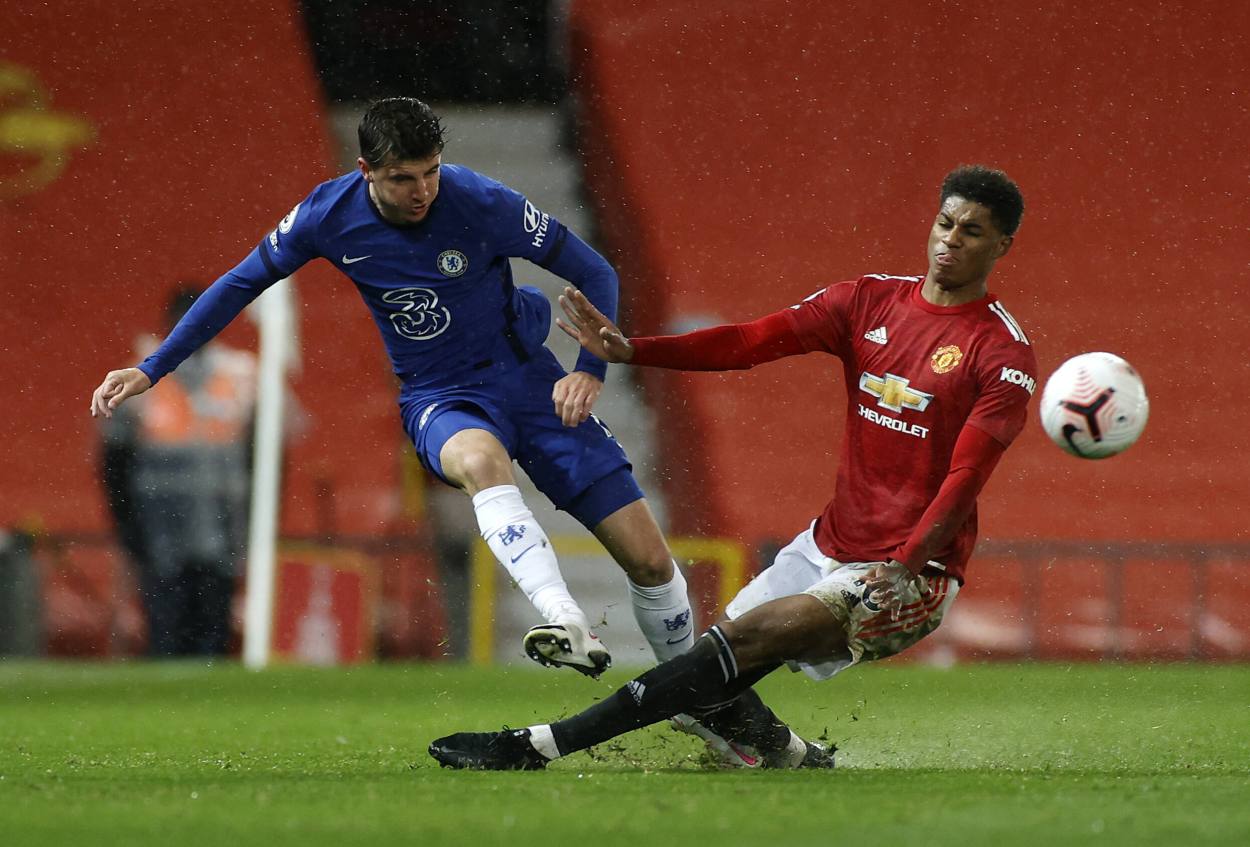 Chelsea will be looking to get back into the top four with a victory over Manchester United during both sides’ Sunday’s clash at Stamford Bridge.

Thomas Tuchel’s side saw itself slip to fifth in the table after their 1-1 draw with Southampton last weekend, with West Ham replacing their London rivals in the top four. However, with the Hammers facing Man City on the same day, a victory could send the Blues back into the top four.

However, the Old Trafford outfit also eased past Real Sociedad to book their place in the last-16 of Europa League, and having lost a single game since the start of January, will fancy their chances of dealing Tuchel his first defeat at the West London club.

Chelsea won’t have the luxury of nominating Thiago Silva in their starting XI vs Manchester United at the weekend. The former PSG centre-back hasn’t recovered from the muscle injury he picked up during his side’s 1-0 victory over Tottenham earlier this week. He’ll this watch this game from the sidelines.

The away side, meanwhile, is sweating on the fitness of Edinson Cavani, Donny Van De Beek and Scott McTominay ahead of Sunday. Both Cavani and Van De Beek have watched United’s last three games from the injury treatment table, but are expected to return to the side ahead of the weekend.

McTominay, meanwhile, has missed his side’s last two games since being subbed off at the hour mark during United’s Europa League R-32 first-leg victory over Real Sociedad last week. He too is expected to return to the matchday squad.

Daniel James remains a doubt for this game after limping off in midweek and Juan Mata has joined the likes of Paul Pogba (thigh), Phil Jones (knee) and Hannibal Megbri (shoulder) on the treatment table and isn’t in contention for this game.