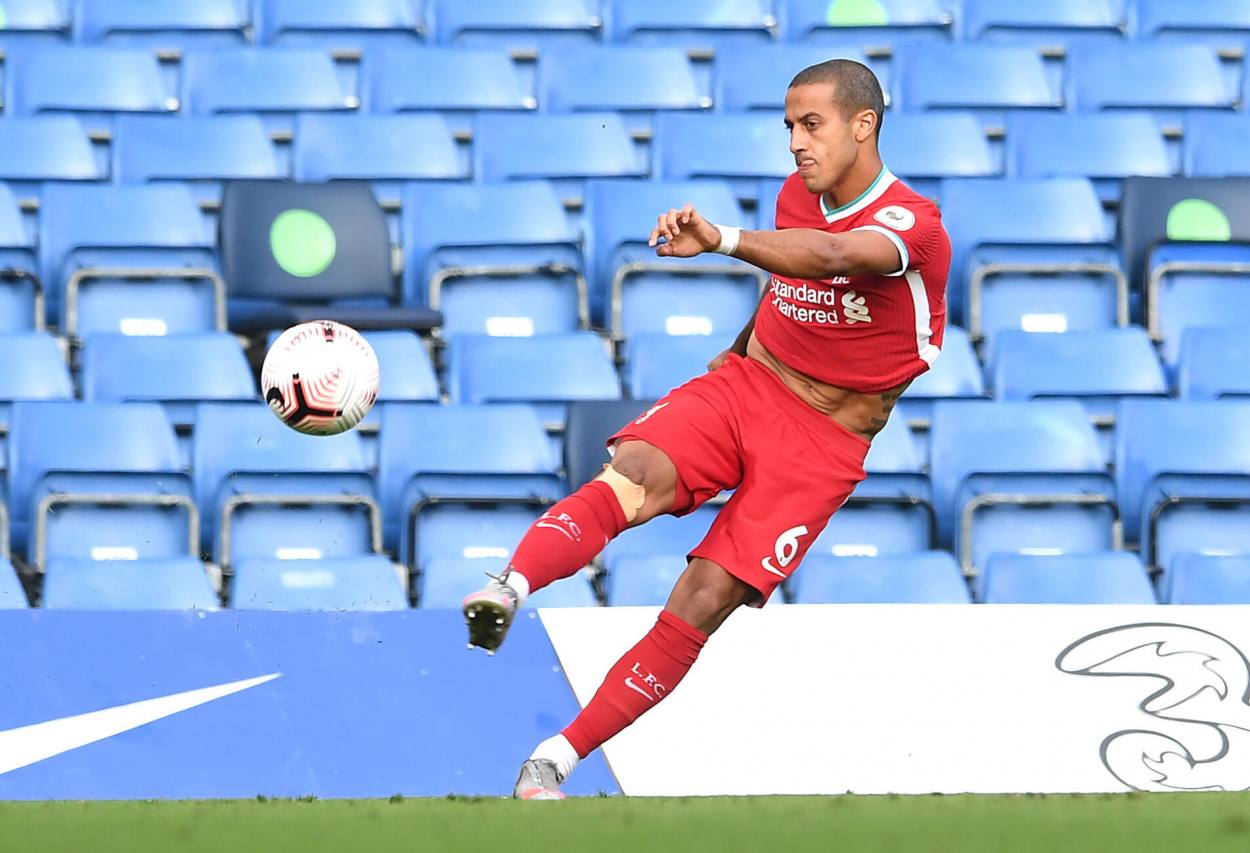 Class recognizes class: Steven Gerrard sends message to Thiago after the latter revealed desire to play with the Liverpool legend

Class recognizes class: Steven Gerrard sends message to Thiago after the latter revealed desire to play with the Liverpool legend

Ligalive Liverpool signing had revealed his desire to play with the former Reds’ skipper in the #AskThiago session on Tuesday.

Former Liverpool captain Steven Gerrard has sent an amazing message to Thiago Alcantara after the former Bayern Munich midfielder indicated his desire to play with the Reds’ legend in the #AskThiago session organized by the club.

The 29-year-old, when asked by the club’s fans which of the former Reds’ midfielder he’d love to play alongside, name checked the current Rangers manager who guided Liverpool to the 2005 Champions League trophy, among other honors, during his almost 2-decade-long stay at the club.

“I have massive respect for the story of Steven Gerrard at this club. He changed the club as well, ”Thiago said . “I look forward to meeting him. “Steven Gerrard is a legend. If I had played alongside him, it would have been a way to learn more football. “

Gerrard responded to the glowing words of compliment with the same class he showed during his playing career. He took to his Instagram account to mention the Spaniard with a post that read: “That would of been a pleasure trust me.”

Will Thiago start against Man Utd at the weekend?

Despite the fact that the Spaniard moved to Liverpool in the summer, he's yet to start a game at Anfield for the reigning Premier League champions. Repeated injuries and coronavirus have so far made sure that both the starts that Thiago have made for Liverpool have come on the road.

That stat might change, though, as Thiago is fit to start against league leaders Man Utd when they come to Anfield on Sunday. His presence in the side will surely be a massive boost for the Reds side that lost its last game in the league, a 1-0 defeat at Newcastle a fortnight from Sunday.