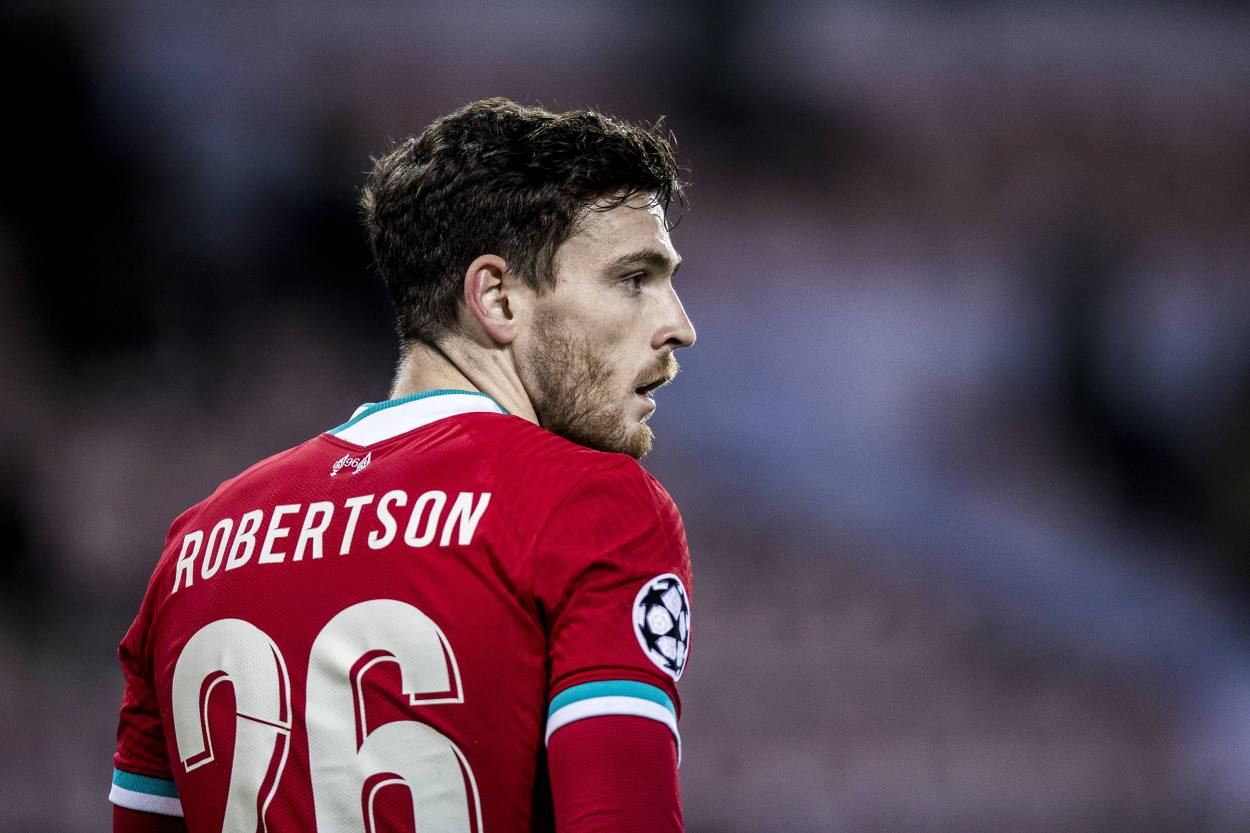 Andy Robertson has claimed Liverpool might miss out on Champions League qualification if they do not regain their consistency in the coming weeks.

The reigning Premier League champions slipped to their fourth defeat of the 2020/21 domestic campaign against Brighton and Hove Albion at Anfield on Wednesday.

Jurgen Klopp’s side have now suffered more defeats at home over the past month (2) than they did in the previous three and a half years combined. That’s the reason why they’re effectively out of the title race and are facing a battle to finish in the top four come end of May.

Part of the reason why the Reds are gasping for consistency this season is the disastrous injury situation that has ravaged the club, as evidenced by the fact that the club was without five of its first-team players for Brighton’s trip to Anfield on Wednesday.

Virgil Van Dijk and Joe Gomez remain long-term absentees whereas the likes of Diogo Jota and Naby Keita are expected to regain fitness in the coming weeks. Goalkeeper Alisson Becker, meanwhile, is expected to be back in the team the must-win Liverpool clash vs Man City on Sunday.

Robertson wans Liverpool might miss out on Champions League qualification

“We need to get our form back, we need to get back to the Liverpool that everyone knows. We need to put in performances on a consistent basis, it's no good doing it one or two games in a row and then having a slip.