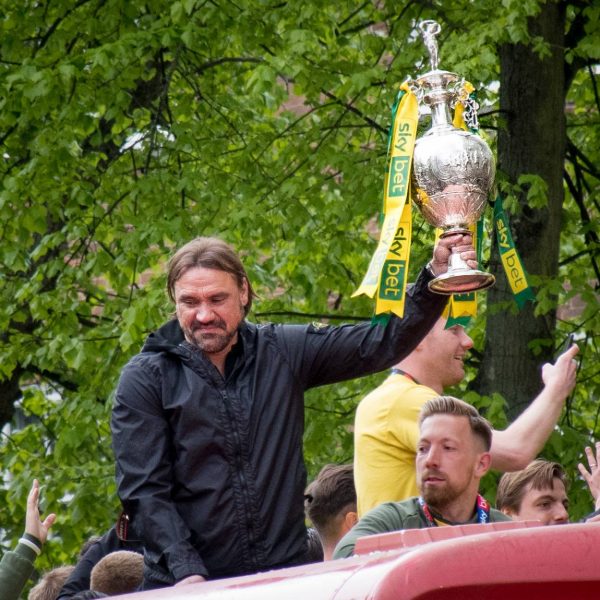 Did Daniel Farke really deserve to get the chop?

As many of you will already know, Daniel Farke has recently been sacked from Norwich City. The German manager has been head coach at the club since May 2017. His tenure has seen Norwich City gain promotion to the Premier League on two separate occasions. Sadly, Farke hasn’t been able to keep Norwich in the Premier League at any time in his career. And recently, despite delivering Norwich’s first win of the 21/22 season, he was sacked.

Fans and pundits alike are of mixed opinions about the Farke sacking. Then again, even following the Brentford win, Norwich has just 5 points from 11 games. That certainly isn’t the kind of form that will keep them in the Premier League. However, there were signs that Norwich was starting to improve over the last few weeks – ignoring the 7-0 drumming from Chelsea!

Sadly, this was too little too late for Daniel Farke, and he has been given the boot. This then prompts the question – was it the right time to fire Farke? Or could the recent Brentford win have sparked some life at the club? Let’s look into it below.

As things stand, Farke has been relieved of his position as manager. Some view it as a shock, whereas some view it as an obvious move. But regardless of personal opinion, we can still look at the facts and assess the recent decision.

It wasn’t all bad for Daniel Farke at Norwich City. He did achieve a few miraculous feats during his time as manager, as described here:

Gaining promotion to the Premier League is a huge deal for any club. Farke managed to do this with Norwich City not once, but twice. It’s never easy when a club gets relegated down to the Championship from the Premier League. Fans get despondent, players get deflated, and everyone wants the blood of the manager! But Farke took all of this in his stride.

He picked himself up, brushed himself off, and took the boys back to top-flight football – twice. It’s all the more impressive that he did this instantly following Premier League relegation too.

EFL Championship Manager of the Season

During the 20/21 season, Norwich City won the EFL Championship. Having amassed 97 points, this was a club record, and Farke could yet again hold his head high. It would be fair to say that Farke and the boys decimated the Championship that year. They beat most teams comfortably, and their style of football was a joy to watch. Naturally, most of this success was credited to Farke as the head coach.

He was subsequently awarded the EFL Championship Manager of the Season award for his achievements. Bear in mind that he obtained this award ahead of the 21/22 Premier League season too.

Unfortunately for Farke, there have been more shortcomings than great feats in recent times. Naturally, this has led to the removal of Farke from the club. But were these shortcomings really so severe that they warranted the chop? Let’s find out.

As impressive as it is that Farke led Norwich to promotion to the Premier League twice, the follow-up seasons were truly woeful. In the 19/20 Premier League season, Norwich City attained 21 points from 38 games. Of course, this meant that they finished in the last position and were automatically relegated to the Championship. And now that Norwich City is once again back in the Premier League, they are dead last after 11 games.

At the time of writing, Norwich has just 5 points from 11 games. Many fans think it would take a miracle for Norwich City to escape such a bad position and stay up. To be perfectly honest, we tend to agree.

15 Premier League losses on the bounce

This rather uncomplimentary record occurred in September 2021. Farke managed to lose his 15th successive Premier League game on the bounce. This is actually a record for any top-flight manager, and it’s not one that any manager wants. And in the best interests of the club, it did show already that Farke didn’t really have what it takes to be a top-flight manager. However, Farke clung to his job until November.

Following yet more defeats, enough was enough, and Farke has now been sacked. When weighing everything up, we are inclined to say that this was the right decision. And moving forward, perhaps Norwich City can start to do better in the Premier League? Time will tell.