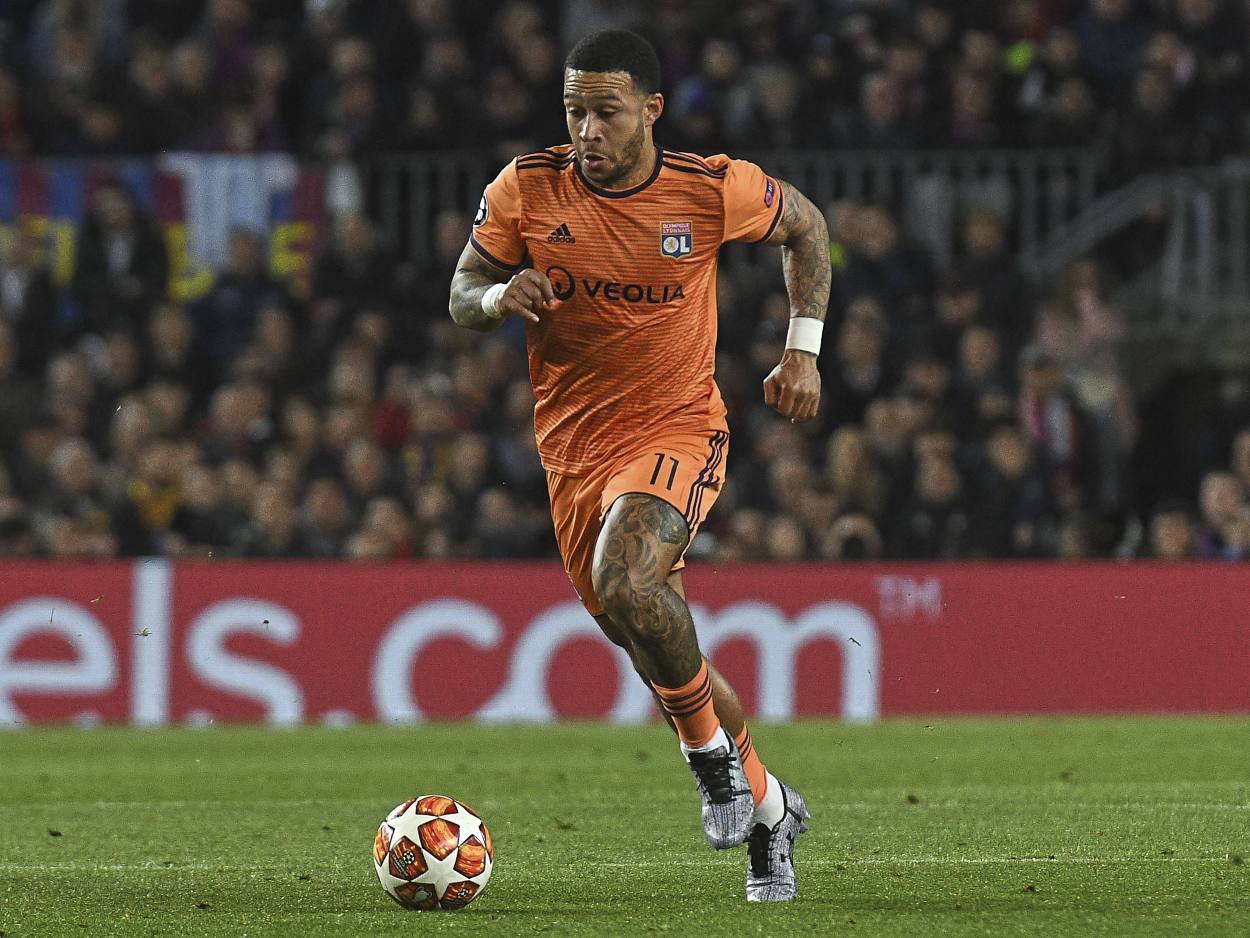 The former Manchester United winger will be a free agent upon the expiry of his contract with Lyon at the end of the ongoing season.

Memphis Depay is edging closer to joining Barcelona on a three-year deal, per Sport.

The Spanish news outlet further reports that the Dutchman has agreed personal terms with Ronald Koeman’s side and is only waiting for the Camp Nou outfit to confirm the move.

Depay was close to joining Barcelona last summer before the Catalan giants had to pull the plug on the deal during a situation involving Ousmane Dembele.

The French midfielder was expected to leave Barca last summer and the club was hoping that the financial space generated by his departure would allow them to sign Depay.

However, after Dembele reportedly refused to join Manchester United on the Transfer Deadline Day, Barca had no choice but to tell Depay to wait for another year.

Similar to his teammate for the Netherlands national team, the Liverpool midfielder too will be a free agent upon the conclusion of the ongoing campaign.

Wijnaldum has rebuffed several of Liverpool’s offers for a contract extension and, just like Depay, will also put pen on paper to sign a three-year deal with the La Liga outfit.

His arrival at the club might mean bad news for Pedri who has found playing opportunities hard to come by since the appointment of Ronald Koeman as club’s manager last summer.

How will Barcelona lineup with Depay and Wijnaldum next season?

While Wijnaldum is expected to either displace or rival Pedri for a starting XI spot at Barcelona, Depay will have to perform better than Antoine Griezmann to play every weekend.

The France international hasn’t lived up to the hype since joining Barca from Atletico Madrid in 2019 and might end up leaving next summer should Depay performs at his best at the Camp Nou. Here’s how Barcelona could lineup with Depay and Wijnaldum next season: