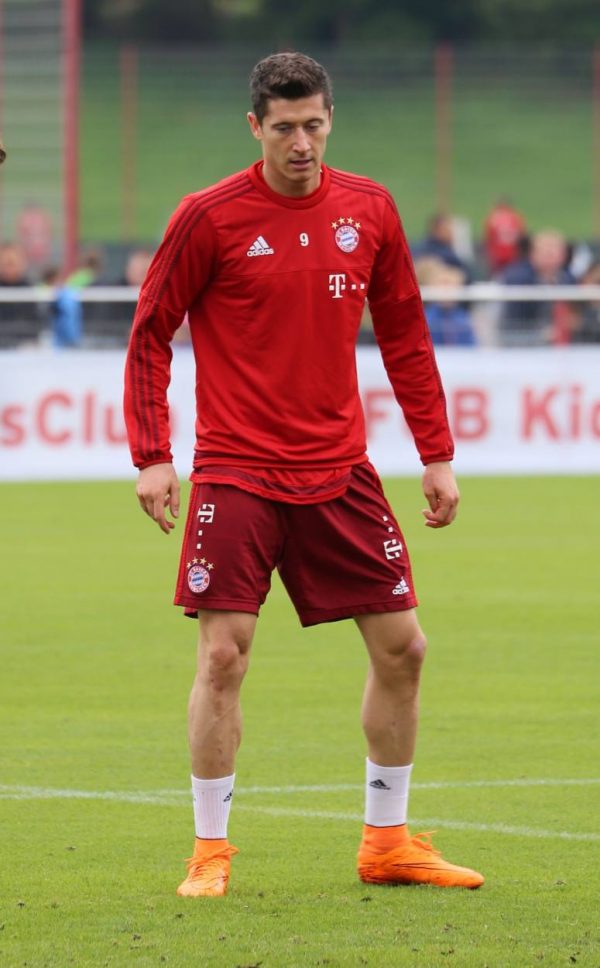 FIFA 22 was released back at the start of October 21. And fans are already going crazy about the highest-ranked players in the game. Of course, most of the highest-ranked players can be found at the best clubs in the world. On that note, we’d like to examine one of the best clubs in the game – Bayern Munich. Since we’ve now had time to test the game and view all players, we can highlight those Bayern players with the best FIFA 22 ratings.

Without wasting any time, let’s jump right in and discuss these players in order of their rating.

It goes without saying that Bayern has some of the best players in the world in their roster. And whether you plan on playing as Bayern, signing their players, or whatever else – it helps to know who the top-rated guys are!

Lewandowski is actually the second-best player in the game at 92 overall. He is ranked just one point below Lionel Messi, which makes him quite a hot prospect indeed. Of course, Lewandowski plays as a striker for Bayern, and he’s a formidable goal scorer in the game. His best attributes when looking at his numbers include shooting and dribbling. And with 95 for finishing, it’s worth it to pull the trigger once you get near the box with Lewandowski.

Much like real-life, Lewandowski is strongest on his right foot. But in the game, he has been given a 4/5 rating for shooting with his weaker foot too. This isn’t bad at all, and it makes him quite versatile on the pitch.

Would you know it? Bayern’s second-best player on the roster is none other than the legendary Manuel Neuer. Perhaps most impressively, Neuer is one of the best in the game, despite being 35 years of age. He is a monster between the sticks, both in real-life and in the game. Most of his primary numbers in the game are pushing 90 too. His positioning is 89, and handling, reflexes, as well as diving are all listed at 88. The only downside to Neuer is that he won’t improve being 35 years of age.

But with that said, you are guaranteed some pretty spectacular saves coming from him in the goal. This could be pivotal for big games! And we feel he deserves to be ranked inside the top 10 for player rankings in the game.

Kimmich is one of the best midfielders in the world, hence his 89 rating on FIFA 22. For Bayern, he typically plays as a defensive midfielder, but he can sometimes drop back and play in defence too. And since he is just 26 years old, he has the potential to improve, unlike some of the other players. The most impressive ratings for Kimmich involve his passing at 86 and his dribbling at 84. When you use him on the field, you’ll see just how useful these can be too!

Another hidden benefit of Kimmich in the game is that his work rate is listed as high. This means that when you are pushing forwards, he will make regular runs and get into good spaces.

Speaking of FIFA legends, does it get much better than Thomas Muller? While Kimmich primarily plays as a defensive midfielder, Muller takes the other approach. He primarily plays in a CAM role for Bayern. And at 32 years of age, having an overall rating of 87 is pretty good. Muller has one of the highest work rates in the game too, listed as high for both offence and defence. One of the main reasons he plays in an attacking role is because he has a great long-range shot too.

So if you get near the box and find that you’ve got some space, shooting with Muller is a good choice. But he is also nippy enough to carve up defenders and cross the ball for target men like Lewandowski.

Finally, we have yet another Bayern midfielder that is ranked as one of the best. Goretzka plays as a central midfielder, and as you can see, his overall rating is 87. Much like Kimmich, he’s one of the younger guys at 26, meaning he has room to grow. Most impressively, he is in the green for all primary categories in the game. This means his average ranking is higher than 80 for pace, dribbling, shooting, passing, defending, and physicality. Without question, he is one of Bayern’s top players!

Find out which Bundesliga players are included in FIFA 2022.