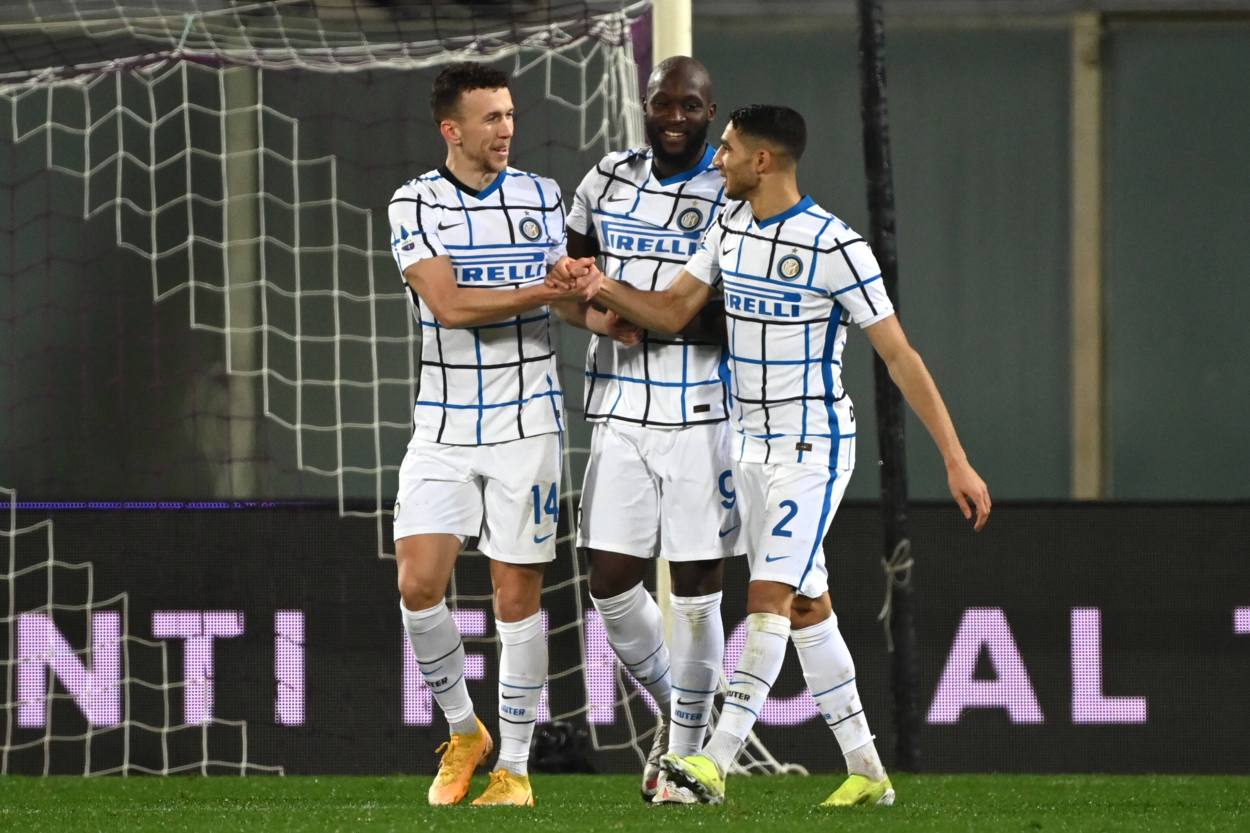 Inter Milan go one point clear at the top of Serie A after a comfortable 2-0 win away at mid-table Fiorentina.

After a 2-1 defeat against Ivan Perisic secured all three points for Inter.

After the half-hour mark, midfielder Barella curled the ball beautifully into the net from the edge of the box and put the visitors ahead before half time. Former Man United striker Romelu Lukaku thought that he had doubled Inter’s lead, but the goal was chalked off for offside.

However, seven minutes into the second half, Ivan Perisic doubled Nerazzurri’s advantage with a tap-in finish from Achraf Hakimi's low cross.

Fiorentina had their chances as well but Giacomo Bonaventura and Cristiano Biraghi were denied by excellent saves from Samir Handanović. The win means Inter Milan move top of Serie A with 47 points, one more than their city rivals AC Milan, who will be in action on Sunday afternoon against Crotone.

Inter Milan will be in action against Juventus on Tuesday night in the second leg of the Italian Cup semifinal, while Fiorentina will travel to Sampdoria on Sunday 14th February.