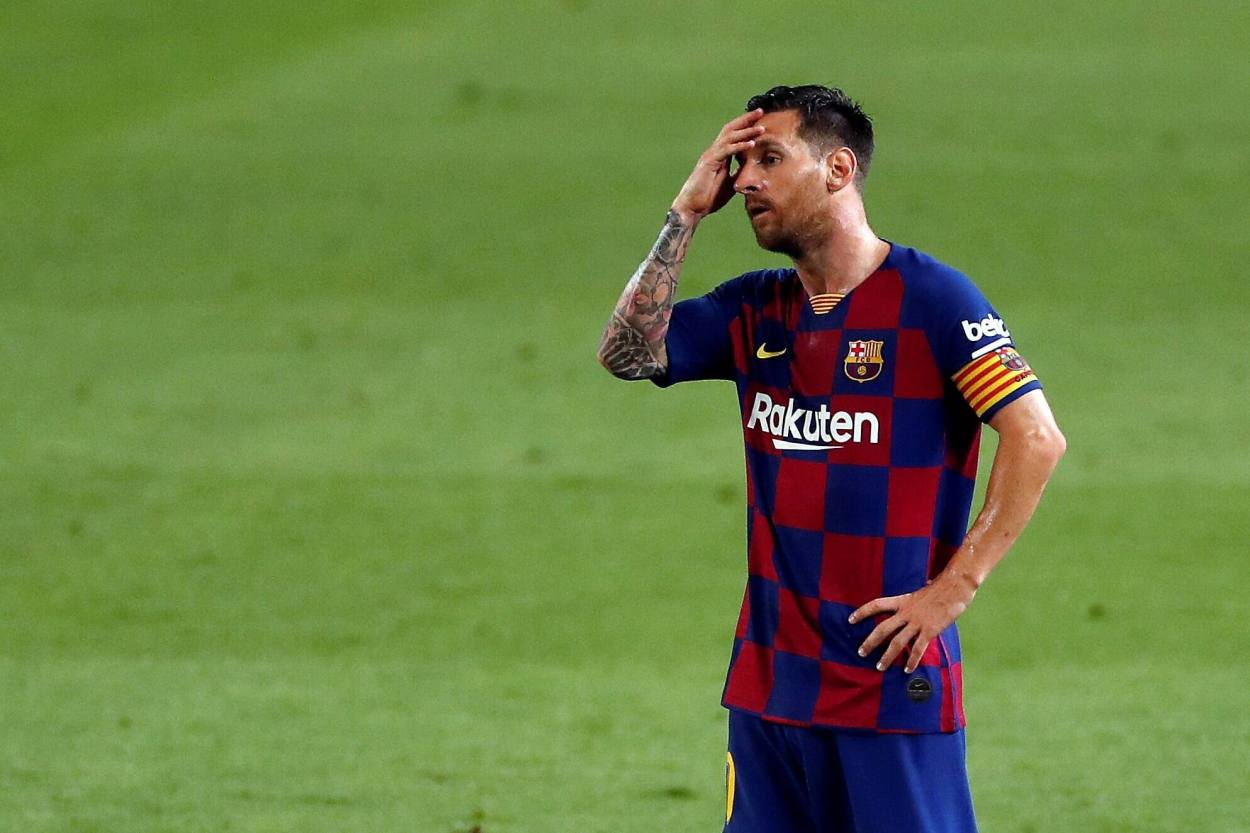 Five damning stats that show how Barcelona players underperformed in 2019/20 season and led their side to a trophyless domestic campaign.

Provided they are unable to lift the Champions League title in Lisbon next month, Barcelona would finish the 2019/20 campaign trophyless, a rarity for a club of their stature.

Apart from the manner in which they ceded their La Liga crown to Atletico Madrid perfectly encapsulate how underwhelming the 2019/20 season has been for the Catalan giants.

Their performances have been so below-par that Lionel Messi, who is traditionally coy in front of TV cameras, has spoken out how little chance his side stands against Napoli in the Champions League pre-quarterfinal next month if they don’t get their form back.While the Argentine is right in his criticism of Barca, he himself isn’t blameless for the way things are going on the pitch at the Camp Nou outfit. Only two stars from the current side have improved over the last term, a damning indictment of Quique Setien and his coaching pals.

Given that they are all but certain to finish the season with nothing to show for more than a year of their toil, Ligalive has decided to identify five stats [via Mundo Deportivo] that show how poorly the entire Barcelona squad has performed this season.As the club stares at its first trophyless season for several years, Ligalive looks at how the Barcelona players have let their fans down with their performances in the 2019/20 season.

Start with Lionel Messi. The 23-goals that the Argentina international has scored in the Spanish top-flight this season is the worst he has managed in more than a decade. Though he has compensated for the lack of his ruthless touch in front of opposition goal by providing 20 assists.

Similar is the case with Luis Suarez. The former Liverpool striker has scored only 15 goals this season, his poorest run since he joined the Camp Nou outfit amid much fanfare from Liverpool in 2014, though he too like Messi has provided more assists (8) than he managed last term (6).

Antoine Griezmann has been a victim for some and architect for others of Barcelona’s downfall this season. The former Atletico Madrid striker scored 15 and assisted 9 goals in La Liga last term. This season he has only scored 9 and assisted 4 with one game left to play.When Pep Guardiola was at the helm and Barcelona was run like a model club, it was their midfielders and full-backs who helped the strikers in exploiting the weakness in the opposition defenses.

That is no longer the case. Jordi Alba and Sergi Roberto, both of whom managed eight and three assists respectively in La Liga last term, have assisted their fellow teammates on just three and two occasions so far this term. The lack of productivity doesn’t stop there.Frenkie de Jong was expected to be an heir of Xavi but he’d have to put in better performances that he has this season if the Dutch midfielder is to justify his reputation. The two goals and two assists that he has managed this season is less than what he managed during his last campaign at Ajax (2 goals, 2 assists).

It might be ironical to note that of the two players who have improved since last season – Arturo Vidal and Arthur – one is on the wrong side of 30 and therefore cannot be relied on for longer and the other has already been shown the exit door. Little wonder, then, that Messi is unhappy.