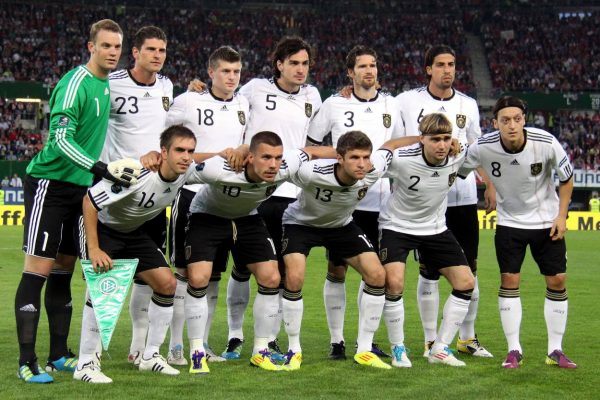 Germany’s most promising youngsters – who exactly are they?

It would be fair to say that Germany hasn’t performed as they should over the last few years. Since the famous 2014 World Cup victory, they’ve certainly been below par. Part of this is because legends have since retired. This then begs the question – who are the most promising youngsters that could turn this around? The good news is that Germany actually has quite a few quality players rising through the ranks.

Below, we’d like to highlight exactly who these players are and what makes them special. All players mentioned will prove invaluable to Germany’s success in the future. So without further ado, let’s get started and talk about these quality youngsters.

Germany hasn’t contended for a major international trophy since 2014. And by contended, we mean that they haven’t reached the finals of any competition. That’s poor for a team as mighty as Germany, but these guys are making the future look brighter:

Of all the players discussed below, Wirtz is one of the most promising of all. He currently plays as an attacking midfielder for Bayern Leverkusen, and he is just 18 years of age. Despite this, he has already moved up to the main German national team. He has represented the German national team on 4 separate occasions to date. And we feel he will be wearing that German shirt plenty of times in the future. Now, the reason we believe that he is one of the most promising is simple.

He is amazing in his current role, and Germany needs a strong, attacking midfielder. Wirtz has great control over the ball, he picks out passes that many wouldn’t see, and he is a physical player too. This means that he is able to push forward and create real problems for the defence of Germany’s opponents. And if he wants to pull the trigger himself, he is more than capable. This has been seen in his 10 goals at Bayern Leverkusen to date!

Adeyemi is a talented, 19-year-old striker who currently plays for FC Salzburg. He has already impressed the German national coaches throughout his junior career. In fact, he has scored plenty of goals for the U16 and U17 teams, and he has scored for the main national team already. That’s pretty impressive considering that he has only stepped onto the pitch for the German national team three times. This goal came during a World Cup qualifying game in which Germany won by 6-0.

But focusing on Adeyemi’s attributes now, he clearly has what it takes to be a superstar. Let’s start with his speed. Adeyemi is absolute lightning on the pitch, and he is able to get in behind defenders with ease. This will be dangerous when he plays with guys like Wirtz that can pick out great passes from midfield. But besides his speed, Adeyemi is a clinical finisher.

He prefers to shoot with his left over his right, but he is capable of finding the net with both. And he is not afraid to take a shot from outside the box either – even if he does have great dribbling skills to take things closer to the goal.

Musiala plays at the most prestigious club in the Bundesliga, Bayern Munich. He is just 18 years of age right now. But he has already been picked to represent the German national team on 9 separate occasions. His talents were particularly notable when he competed in the 2020 Euro event for Germany. Musiala showed the world that he was a powerful, fearless, and influential midfielder during this event. Sure, Germany didn’t do as well as they had hoped, but Musiala gave fans plenty to get excited about for the future.

And at 18 years old, Bayern Munich has obviously cashed in on his talents. Musiala has been signed to play at the club until 2026. This gives him a further 4-5 years to grow with some of the best players in the world. He is already being picked to start in high-profile matches too, including the Champions League. Given all of these positives, we feel that the sky's the limit for Musiala.

And if his talents are nurtured correctly, he could play alongside Florian Wirtz in the future. These guys would make a formidable duo, and that’s the case already. We can only imagine these guys playing alongside each other in a few years time!

German fans surely cannot wait for the day for this to happen either. And we will be watching the development of all of these players closely.