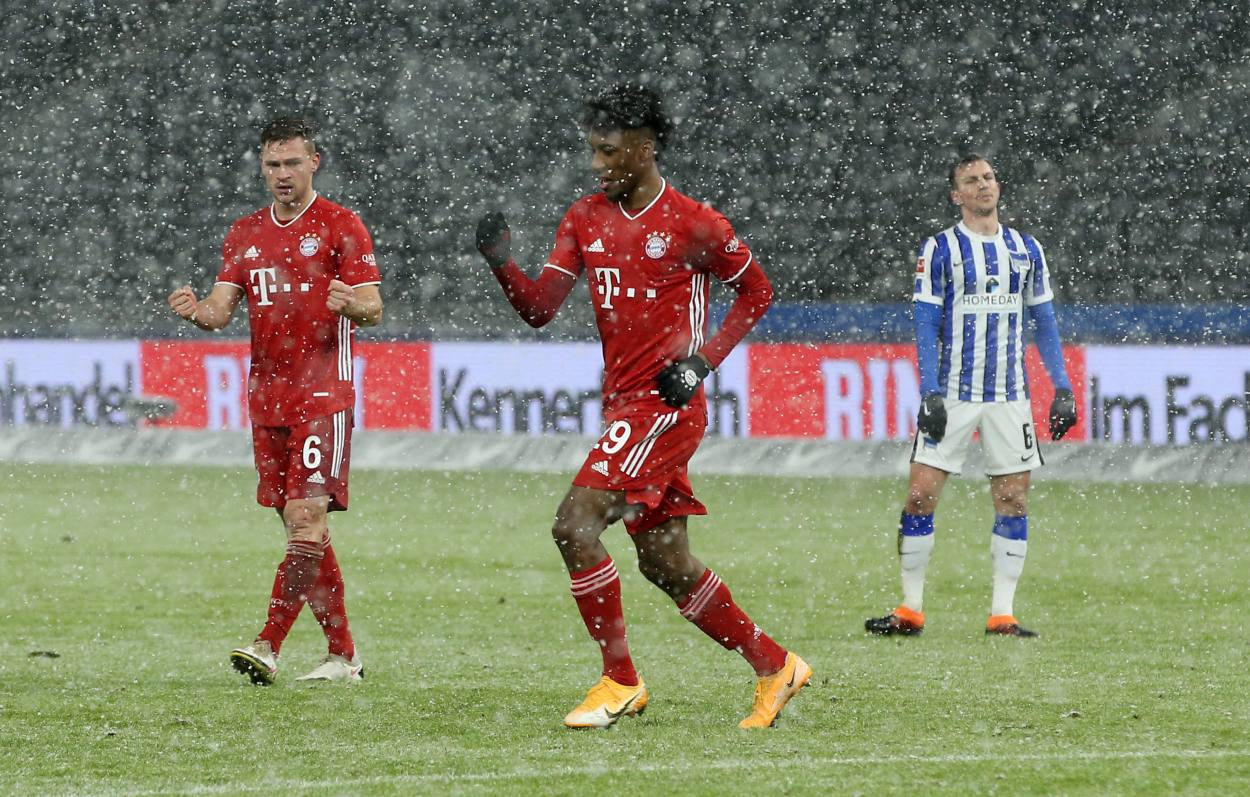 Hansi Flick’s men started the game week 20 with a resounding seven points lead and Kingsley Coman made sure that defending champions finished the night as hot favorites to clinch another Bundesliga title.

However, midway through the first half, Kingsley Coman put the visitors ahead with a long-range deflected shot which was looped in over Rune Jarstein’s head. Flick’s men were not at their best and had a scare of conceding an equalizer but Matheus Cunha put his shot wide.

A couple of decent saves from Manuel Neuer and superb defensive discipline from Bayern’s backline rescued all three points for Hansi Flick in a snowy night at Hertha Berlin, who remained out of relegation just on goal difference.

Bayern will have a chance to clinch the sixth trophy in nine months when Bundesliga giants travel to Qatar on Monday to face African champions Al Ahly in the Fifa World Cup. Whereas Hertha Berlin will be in action in Bundesliga when they travel to Stuttgart on Saturday 13th February.