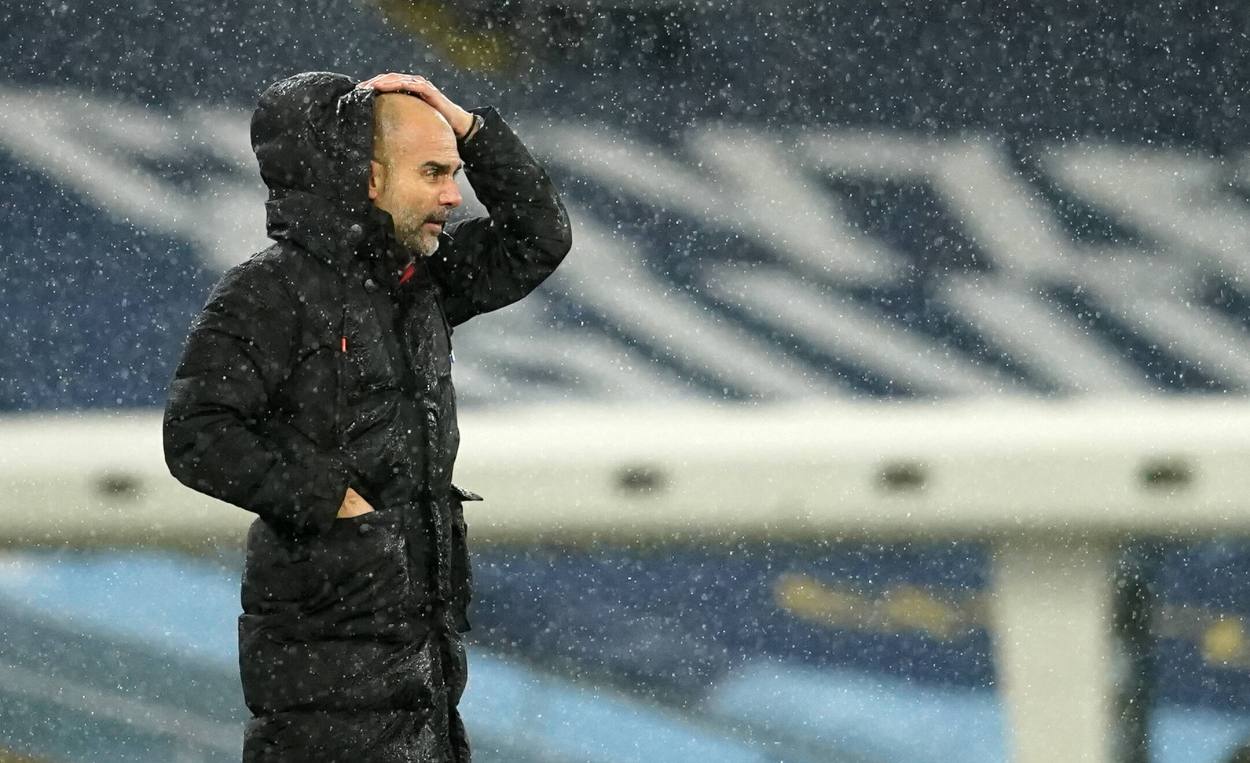 How many Man City players have COVID-19? Pep Guardiola confirms worst fears of his side’s fans

How many Man City players have COVID-19? Manager Pep Guardiola confirms worst fears of his side’s fans in his pre-Chelsea press conference.

Pep Guardiola’s side had their midweek clash with Everton called off after several of the first-team players tested positive for the coronavirus.

Pep Guardiola has confirmed that five Chelsea, with the Spaniard adding that all of them are currently without symptoms and self-isolating.

His sensational account has come barely days after Man City saw their game against Everton called off after several of its first-team players, including star striker Gabriel Jesus, tested positive for the coronavirus in the last testing round before their clash with Carlo Ancelotti’s side.

After Man City informed Premier League about the COVID-19 outbreak within their squad, a decision to postpone the game was taken on medical grounds at the League’s Board meeting just four hours before the game was supposed to kick-off.

However, unlike their clash with the Toffees which had to be canceled, Man City are set to face Chelsea on Sunday despite the COVID-19 outbreak within their squad, leaving Guardiola with no choice but to field a weakened side at the weekend.

Which Man City players have tested positive for COVID-19?

Goal.com confirmed earlier in the week that Gabriel Jesus and Kyle Walker were two of ‘significant number of’ Man City players who have tested positive for COVID-19. The duo returned positive COVID-19 tests ahead of the Newcastle United game and are in isolation since.

Its correspondent Nizaar Kinsella claimed earlier today that goalkeeper Ederson is also-self isolating after the Man City No.1 announced on Friday that he too has tested positive for COVID-19.