Jules Kounde to Man Utd? Red Devils make transfer decision about the Sevilla center-back who is also eyed by Real Madrid and Barcelona. 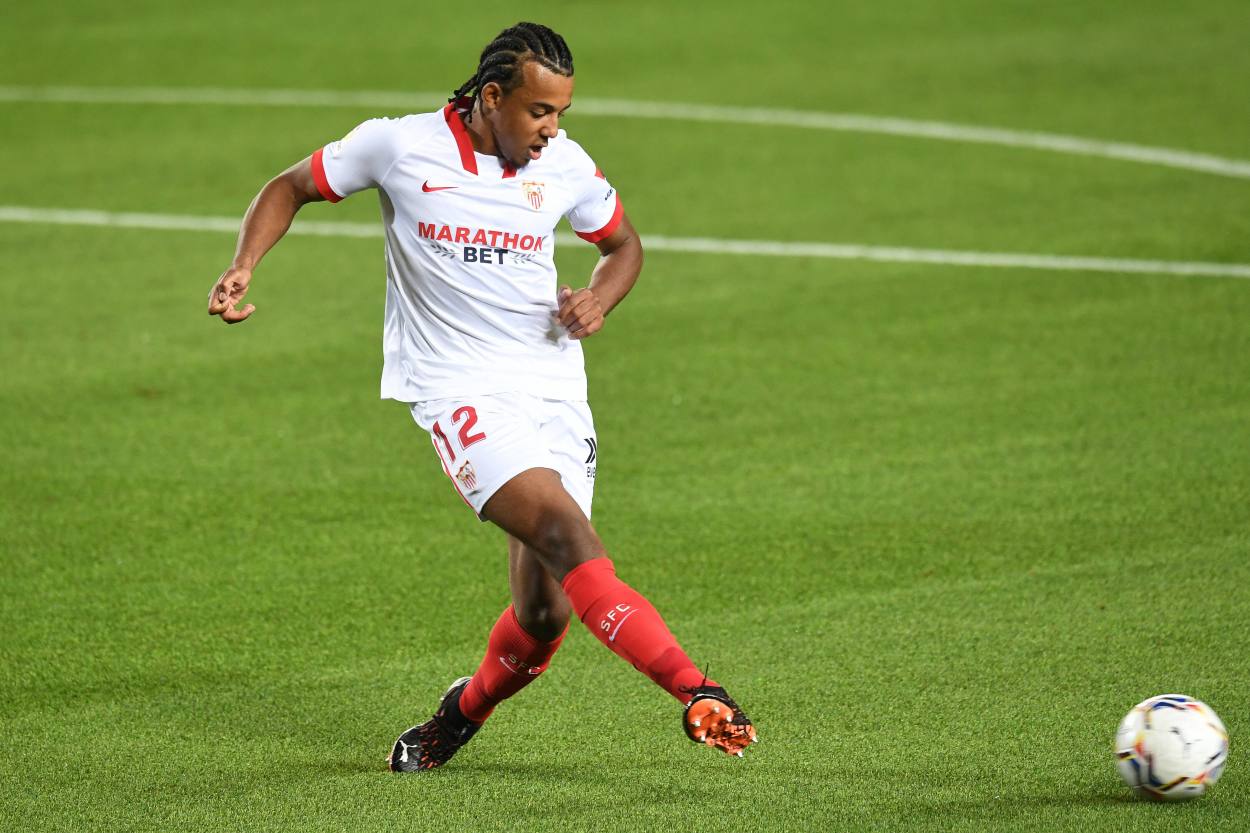 Manchester United have decided against meeting the astronomical release clause in Jules Kounde’s contract with Sevilla, according to the Daily Mail.

The 22-year-old France international has been dubbed as one of the best center-halves in Europe after two stellar years with Julian Lopetegui’s side.

Kounde was an integral part of the Sevilla team that won the Europa League last year and was subsequently linked with a move to PSG and Manchester City.

Pep Guardiola’s side were interested in acquiring his services but they turned their attentions to Ruben Dias after Sevilla refused to lower their 68m asking price of the centre-back.

PSG, meanwhile, decided in favor of making the most of the options already at the club, even though the club had to lose Thiago Silva, who joined Chelsea on a free transfer in the summer.

Will Man Utd sign a centre back in the summer?

Despite the club ending its pursuit of Kounde, chances are that they would turn their attentions elsewhere in their search for a reliable partner of Harry Maguire. Fiorentina defender Nikola Milenkovic has also been strongly linked to Man Utd with the Serie A outfit will to sell their star for a much-lower price.

One thing is almost certain whether or not the Red Devils go for Milenkovic. Solskjaer is reportedly urging his employers to sign him a new centre-back in the summer and, barring any unforeseeable scenario, the Norwegian will get his wish after the end of the season.

United let in a whopping 10 goals in only 6 Champions League games to finish third in their group behind Paris Saint-Germain and RB Leipzig. They have also conceded the most goals of any sides currently in the top four in EPL. That’s why they need a new centre-back pairing next season.