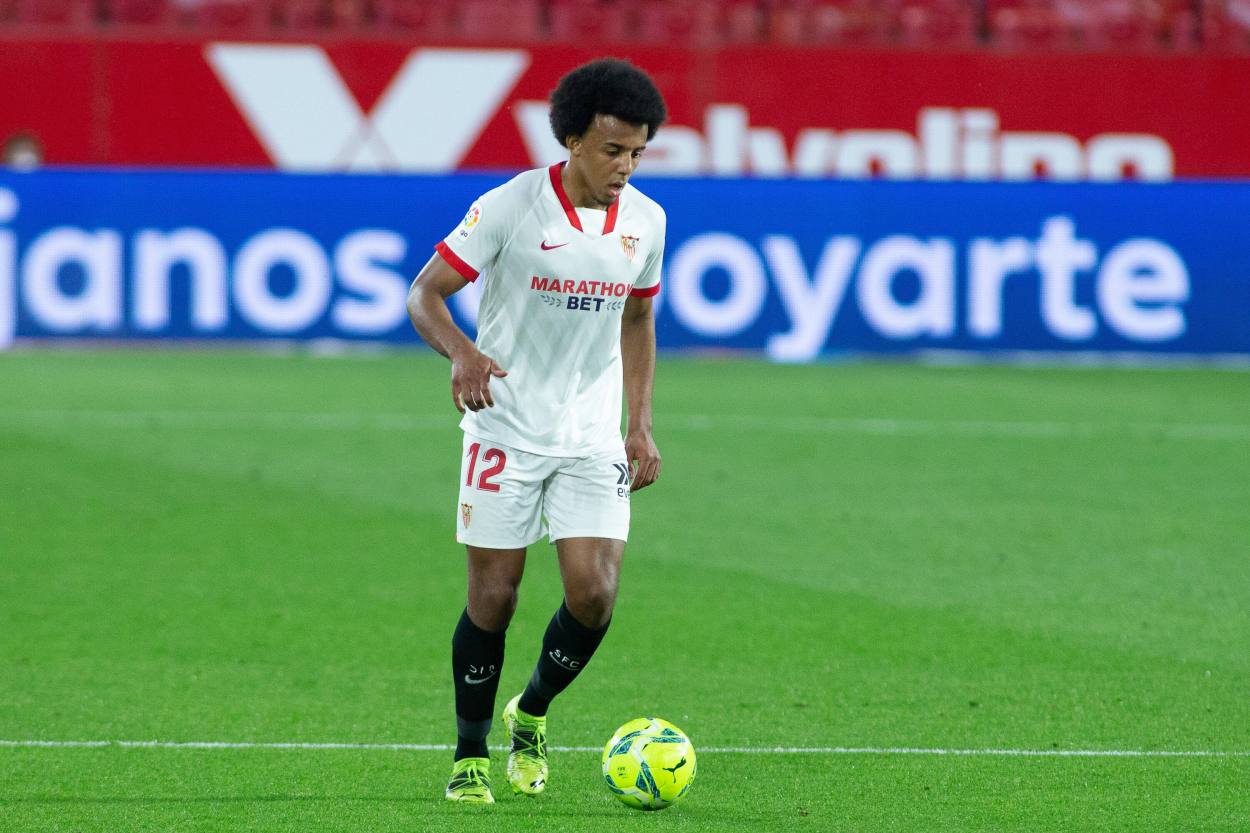 Kounde to Man Utd? Sevilla’s centre-back sees valuation slashed amid rumors the Red Devils are interested in his services.

Sevilla have slashed their asking price of Jules Kounde by £ 20m amid reports are looking to sign a center-back in the summer.

The Sun reports that Julian Lopetegui's side have decided to do away with the astronomical £ 70m price tag they had previously put on the 22-year-old France international.

The out-of-form La Liga outfit's finances have been dealt a blow by the pandemic and it is therefore willing to listen to offers in the region of £ 50m for the center-back.

Kounde has long been on the transfer radar of the Red Devils who will be looking to bolster their defensive department in the summer transfer window.

He has been an important figure at the club this season too, with Kounde making 34 appearances in all competitions for the Ramon Sanchez Pizjuan residents.

Kounde has previously been linked to Man City

Reports last summer claimed that the 22-year-old was close to putting pen on paper with Pep Guardiola's side before the start of the ongoing campaign.

However, the deal collapsed at the eleventh hour after Sevilla refused to lower their 90m valuation of the center-back, forcing Man City to turn their attention towards Ruben Diaz.

And with the former Porto center-back helping the Citizens to yet another Premier League title in his first season in England, Man City aren't expected to reignite their pursuit of Kounde this summer.

This means good news for Man Utd who are reportedly keeping tabs on Kounde as Solskjaer looks to address his side's defensive problems by bringing in a new center-back.

United may have Scored the 2 nd most goals in the Premier League this season but With Their defense letting in 32 goals in only 29 Premier League games, the Red Devils' charge for the title has been stopped in its tracks.