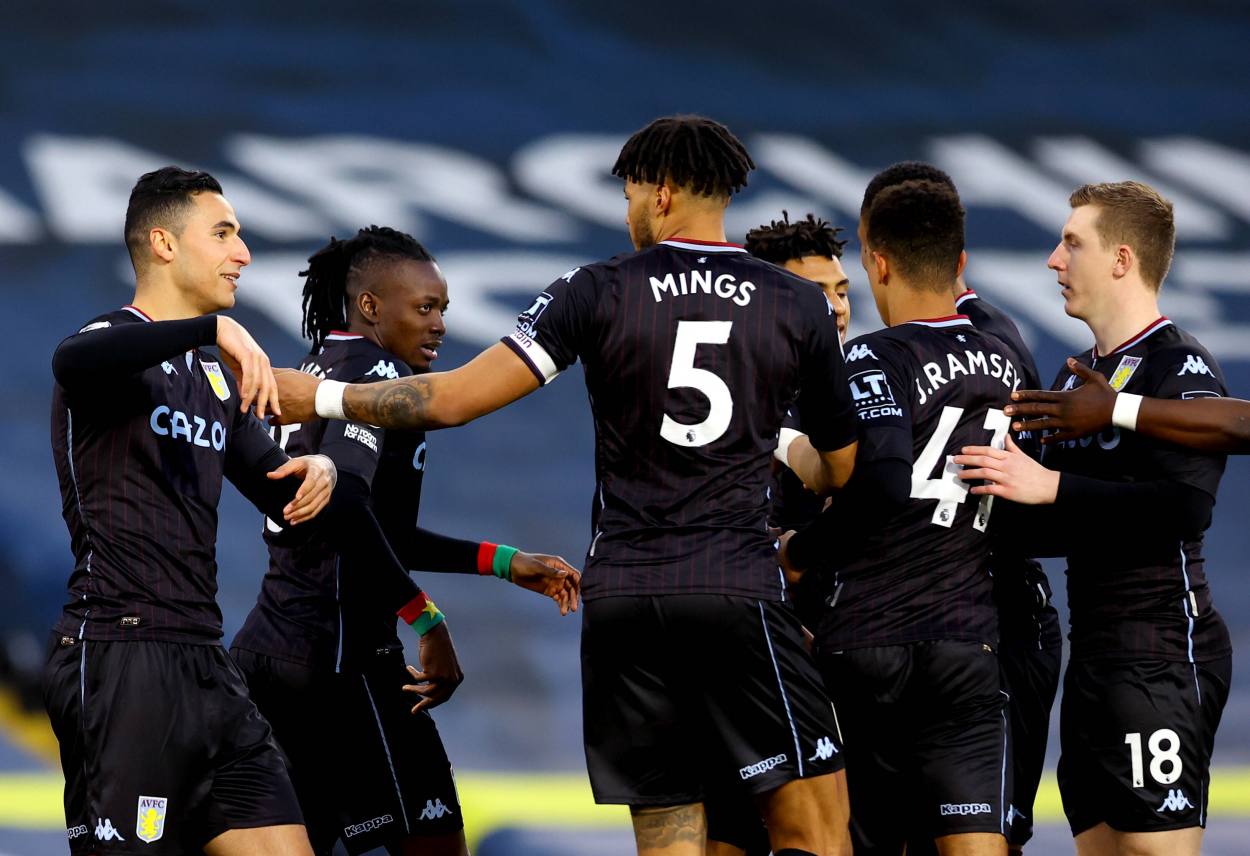 Aston Villa move up to 8th in the Premier League table after an impressive 1-0 win over newcomers Leeds United.

Dean Smith’s side was without their captain Jack Grealish who was ruled out of the clash with a lower leg injury, but the visitors look comfortable without their star asset and took the lead through Anwar El Ghazi inside five minutes.

Marcelo Bielsa side created a couple of good opportunities but couldn’t beat Emi Martinez, who registered the 13th clean sheet of the season. Patrick Bamford, who scored a hat-trick in Leeds’ first meeting with Villa a few months back, had a subdued evening at Elland Road.

Even after the defeat, Leeds remain tenth in the table, but a win for Arsenal today against Leicester will throw them out of the top 10.

Up next for Villa is a trip to bottom side Sheffield United on 3rd March, while Leeds will travel to West Ham on 9th March.

“We dominated 80% of the game and the goal they scored was opportunism. In the first half we created enough chances to score a goal but in the second half we couldn't finalise the attacks.”

“Not many people would have fancied us against Leeds and they make you work hard. We got an early goal and showed lots of character. We've got the chance [to finish in the top six] but there are some top teams in there. We'll just take it game by game.”