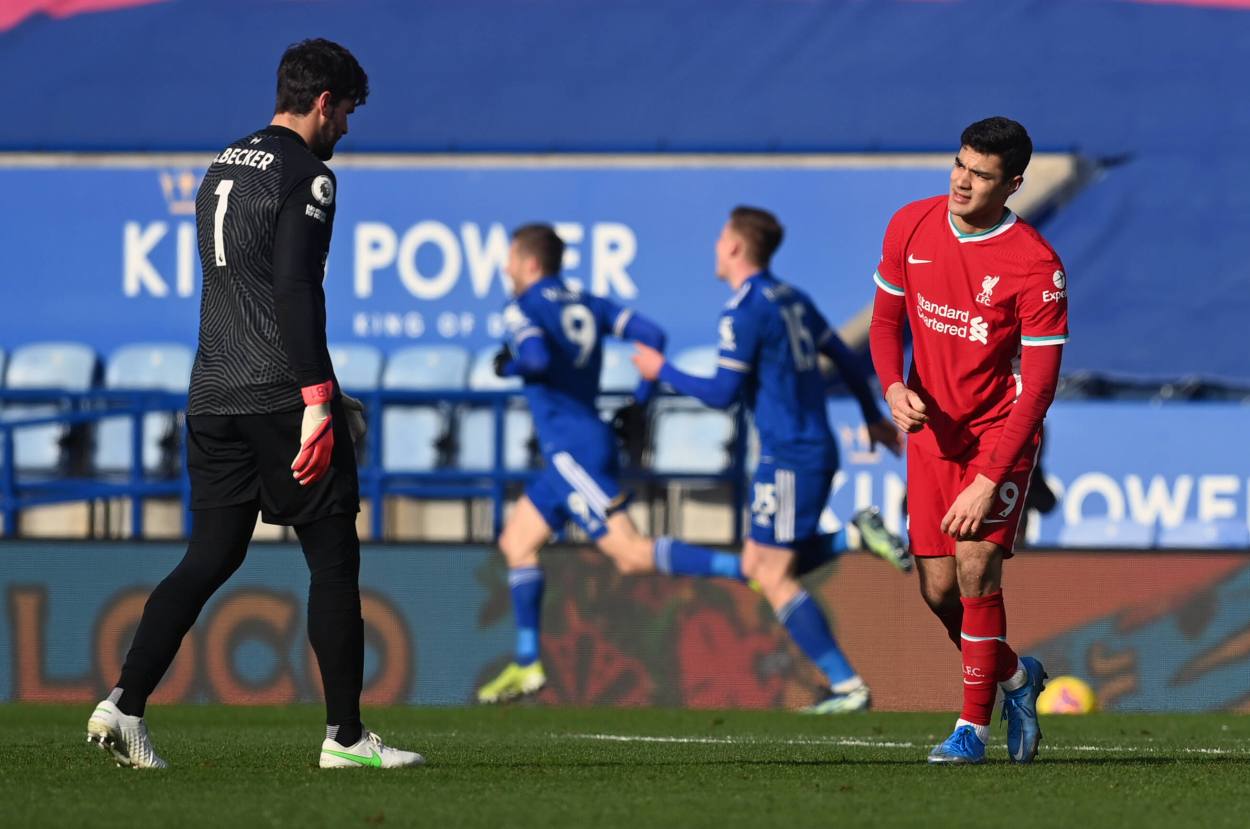 Leicester City came from behind to beat Liverpool 3-1 and move second in the Premier League table.

After a horrendous display against Manchester City at the Anfield, Jurgen Klopp handed loan signing Ozan Kabak the debut and paired him with Jordan Henderson at the heart of Liverpool’s defense. Whereas, Brendan Rodgers started Marc Albrighton in the absence of injured James Justin.

Both teams didn’t trouble the scorers in the first half, but in the 67th-minute Mohamed Salah broke the deadlock with an inch-perfect finish after a clever piece of play by Roberto Firmino in the penalty box.

But Leicester ahead after the horror show at the back by Alisson and Kabak.

In the 85th-minute, Harvey Barnes put the game beyond any doubt with a composed finish to Ndidi’s through ball.

The third successive defeat for Liverpool means that they sit fourth in the table, 5 points adrift of third-placed Manchester United and 13 points behind leaders Manchester City. Klopp’s men may move out of the top four if Chelsea or West Ham win their games in hand.

“It was a clear game that we should win. We played good football, dominated possession, took the game out of Leicester. Their first goal for me is offside. The difference is we think it's an objective thing but it's not. Three players offside, but it was decided to take another moment in the game. That is how it is.”

“It was a very good win, the players deserved it. We didn't sink when we went a goal behind, we stayed calm and the players were brilliant in that period – a real collective team performance.”