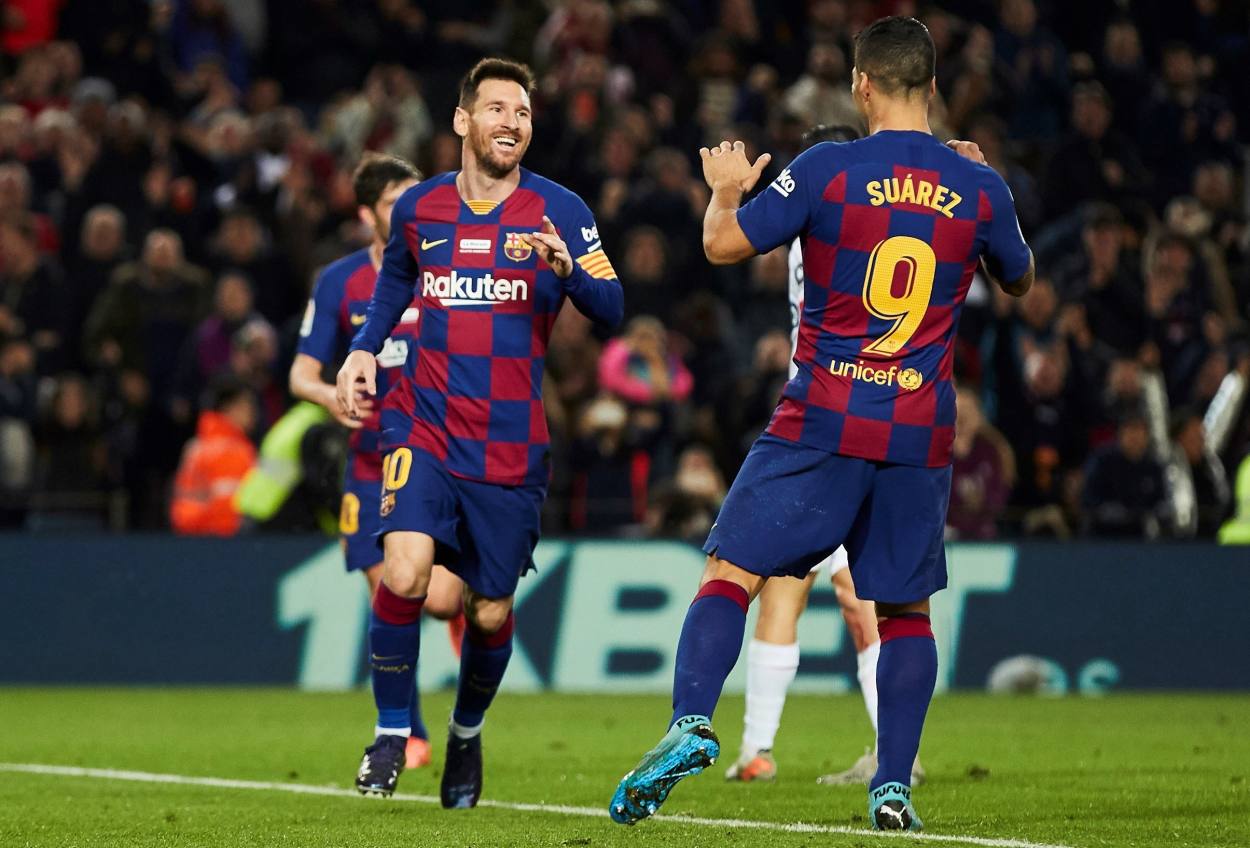 Lionel Messi and Luis Suarez could rejoin in 2022

Reports coming out from Spain claim that ‘inseparable’ friends Luis Suarez and Lionel Messi could rejoin in less than two years time.

During the Uruguay international’s six-year stay at Barcelona, both he and Lionel Messi won 13 trophies, averaging more than 2 pieces of silverware per season.

Lionel Messi and Luis Suarez might once again be playing for the same club in less than two years, according to reports coming out from Spain.

Suarez became Messi’s teammate when he joined Barcelona upon completing an 82.3million transfer from Premier League side Liverpool. The duo went on to become best friends off the pitch while helping Barca claim 13 trophies during their six-year spell together in the side.

However, despite his services for the club and against the objection of Messi, Barca told Suarez before the start of this season that his services were no longer required. The Uruguay international then had no choice but to pack his bags, before eventually joining Atletico Madrid.

Many people would have thought at the time that the Uruguay-Argentine du would never play a competitive game together. But SPORT reports that they could be sharing the same dressing room for MLS side Inter Miami in 2022.

Messi-Suarez friendship could lead to their reunion

As reported by Goal earlier this year, the Messi Suarez friendship isn’t limited to the assists each of them provides to the other on the pitch. Off the pitch too they are inseparable and it is being claimed that the Argentine’s future is tied to that of the Uruguayan’s.

However, while one could imagine a scenario both of them will be playing together, it’s difficult to envisage the Argentine leaving Europe so soon. As there are more chances of Messi moving to Man City or Juventus after ending his association with Barca than him moving to the United States.