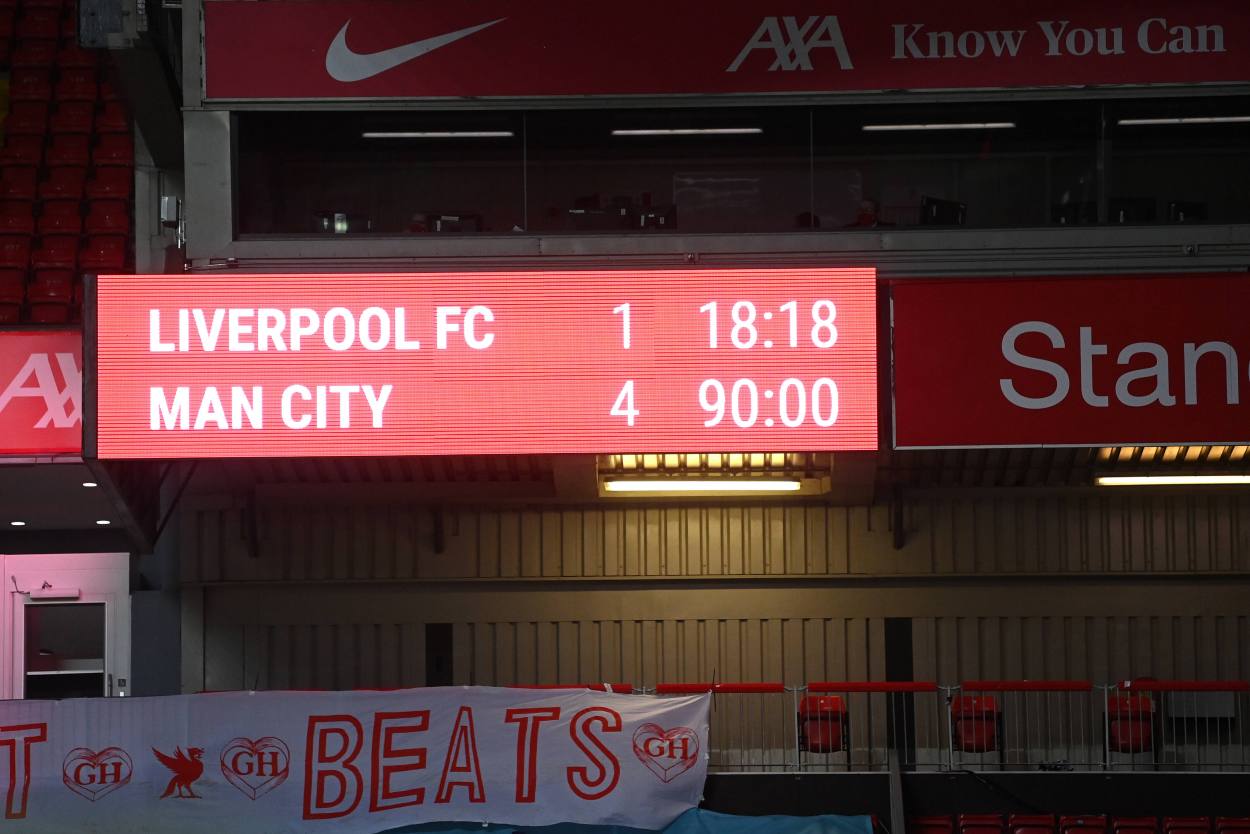 Here are three things we learned from Liverpool 1 – 4 Manchester City:

Liverpool’s hopes of retaining the title have ended

This shouldn’t come as a surprise for the supporters whose side has lost three games in a row at home for the first time in more than 40 years. Liverpool, quite frankly, are in the middle of a full-blown crisis and would do well to retain their current place in the table come end of May.

Part of the reason why they are where they are now can be laid on the door of injuries – but only part of it. Nobody told the Reds that they’d have to wait until the final day of the January transfer window to sign two centre-backs, whose arrival at the start of last month might have helped their side a bit more.

That, again, shouldn’t come as a surprise for the supporters whose side has just equaled the all-time winning run by a Premier League side across all competitions, with Man City becoming the first English top-flight side in history since Preston in 1892 to win 14 games in a row.

Barring an unforeseeable collapse between now and the end of May – the sort of which we have seen from the reigning Premier League champions over the past month, Guardiola will have another title to add to his resume before he goes on summer holidays.

Ilkay Gundogan is Man City’s player of the season

One might not have seen this coming after the German midfielder sent his penalty over the bar and into the empty Anfield seats in the first half. However, as he showed with his two second half goals, Gundogan is now worth almost three times as much as the 20m City paid to sign him in 2016.