The Champions League winner who spent 8 years in Division 2

Liverpool FC were founded in 1892 as a result of a dispute between the then Everton owner, John Houlding, and the club that he owned. Back then Everton used to play at Anfield, Liverpool FC’s iconic stadium, before a dispute with Houlding led Everton to move to their new home – Goodison Park.

With Everton moving out of Anfield, Houlding faced an ironic situation – he had a football stadium but no club to play in it. This led to the formation of Liverpool which in its first season went on to win the title of English 2nd division after going the whole season unbeaten.

Since then, the club hasn’t looked back in terms of trophies as it has gone on to become one of the most successful English clubs in history. Apart from winning 18 Premier League titles, Liverpool have won 6 Champions Leagues, 7 FA Cups and 8 League Cups till date.

Currently, the club is under the ownership of the America-based Fenway Sports Group (FSG) with John W Henry as its Principal Owner and Tom Werner as the Chairman. Other notable figures at Liverpool FC include Director Mike Gordon, Chief Executive Officer Peter Moore, and manager Jurgen Klopp.

Apart from it being the most successful English club in Europe, another reason why Liverpool are respected among other European powerhouses is the atmosphere its famous stadium Anfield recreates on European nights.

Described as a stadium All All which is ” capable of making miracles ” by former Chelsea manager Jose Mourinho, Anfield has played a huge part in the successes Liverpool have enjoyed in continental competitions.

From that famous 3-1 European Champions Cup quarter-final win over St Etienne in 1977 to their 3-0 demolition of Manchester City in the 2018 Champions League quarter-final, it is the power of Anfield which Liverpool to propel unthinkable heights.

And it is not that miracles at Anfield – a phrase Liverpool fans use to describe the club's greatest comebacks at its home stage – are a thing of the past. Instead, as suggested by their 4-0 demolition of Barcelona in the 2019 Champions League semifinal, Anfield's much-famed atmosphere is here to stay.

Spine-tingling has been forced to pay homage to Anfield. For instance, while Pep Guardiola has rated Anfield's atmosphere as the world's best , Arsene Wenger calls it the most heated stadium in Europe.

Sir Alex Ferguson, Manchester United's legendary manager, went so far as to blame the atmosphere inside his Anfield for Pressing. Therefore, at a time when fans claim it is the highest bidder, it is stadiums like Anfield and clubs like Liverpool which are proving to be an exception to the norm.

For the Liverpool Haters

As far as the Liverpool haters are concerned, following are some of the worst records which the club has inadvertently set over the years:

Liverpool finished the 1953/54 season at 22nd place and were duly relegated from the first division of English football.

Least goals scored in a season:

In the 1970-71 season, Liverpool managed to score only 42 goals in the league – their worst ever tally for a single season.

After conceding 70 and scoring only 51 goals that season, Liverpool had a laughable goal difference of -19 in the 1894/95 season.

Least points on the board:

Results went terribly against Liverpool FC in the 1894/95 season as they finished the campaign with their lowest ever 22 points on the board.

In the 1953/54 season, Liverpool lost a club-record 23 times in the league. Little wonder, then, that the club were relegated at the end of that season.

In the 1894/95 season, Liverpool oversaw their worst ever season at home. The club managed to win just 6 games at Anfield that season.

Surprisingly, in the whole of 1894/95 season, Liverpool managed to claim just a single victory away from home.

Although they have won 6 Champions League titles in their history, no Liverpool fan could deny that's what the club's victory in the 2005 Champions League Final Vs. AC Milan is ranked right among the best in the history of Liverpool.

Coming into that game, Liverpool were rated as underdogs by both media and neutral fans – a claim that looked like they were going through the door. With their hopes hanging by a thread, Liverpool needed a miracle to get something from the game.

The next 45 minutes delivered exactly that, a miracle.

Starting with a Steven Gerrard goal in the opening minute of the 2 nd helped Liverpool scored three goals in 15 minutes to take the game to penalties. Liverpool goalkeeper Jerzy Dudek Who saved 3 out of 5 penalties to go AC Milan What have you been doing?

However, like all clubs, they have not ever been child to Liverpool.

For a club that dominated the English League until 1990, Liverpool are still in the league title in the Premier League era. That feeling of failure has been compounded by Manchester United, one of Liverpool's biggest rivals, replacing Liverpool as the most successful club in England.

Undoubtedly, the biggest catastrophe in the history of the club happened during the FA Cup semifinal involving Liverpool and Nottingham Forest at Hillsborough Stadium in 1989 in which 96 Liverpool fans lost their lives.

Prior to the start of that game, there was a huge mass of match goers outside the stadium. In an effort to address the overcrowding problem, the police ordered one of the exit gates to be opened – thinking that it would allow fans to safely come out of the stadium.

However, the reverse happened as more fans used that exit gate to enter the stadium. Consequently, while the two stands allocated to Liverpool fans had a capacity of 1,600 persons, more than 3,000 fans were funneled into them.

That led to a crush inside the two stands as 96 Liverpool fans lost their lives with more than 760 injured according to official estimates. That disaster had a lasting effect not only on the teams playing that game but also on English football in general.

Following that crush, detailed inquiries were carried out into the disaster. That led to the English Football Association banning stand-only areas inside the grounds – a regulation which continues to be followed to this date.

Jurgen Klopp on Hillsborough: 'For the victims, the families of those who died and the survivors, their story will always be our story.'.

Here are some of the fun facts which you might not know about Liverpool football club:

‘Anfield wasn’t built for Liverpool’: As stated earlier, Anfield was originally the ground of Everton football club, Liverpool’s fiercest rivals. It was only after a rent dispute forced Everton to choose Goodison Park as their new home that Liverpool came into being and Anfield became their home.

‘An 85-year wait’:  In February of 2006, Liverpool managed to defeat arch-rivals Manchester United in the FA Cup. That wasn’t an ordinary win, however, as it was the first time in over 85 years that Liverpool had defeated the Red Devils in the FA Cup.

‘Bill Shankly quotes’: For a manager that won four European Cups with Liverpool, Bill Shankly was also a man of quotes. On one occasion, Shankly quipped: “If Everton were playing down the bottom of my garden, I’d draw the curtains.” On another, he stated: “I want to build a team that’s invincible so that they have to send a team from bloody Mars to beat us.”

‘First team on color television’: When Liverpool played against West Ham in November 1969, it wasn’t an ordinary game. Instead, it was the first-ever game televised in color.

‘Do not touch’: When he became the Liverpool manager in 2015, Jurgen Klopp forbid his players from touching the famous ‘THIS IS ANFIELD’ sign until they won a trophy for the club. The ban stood for 4 years before Liverpool won the Champions League in June 2019.

‘Playing in a rigged game’: In 1915, a fixture involving Liverpool and Manchester United was rigged in favor of the latter, which came out of it as 2-0 winners. The culprits – 4 Liverpool players and 3 Manchester United players – were banned for life by the English FA.

‘8 years in division 2’: After a woeful season in which they managed only 7 victories, Liverpool were relegated to the 2nd division of English football in 1954. What was more embarrassing for the club that despite repeated attempts, it would take them eight years to earn a promotion back to Division One.

‘7 years of absolute ecstasy’: In a seven-year spell between 1976 and 1983, the Liverpool FC logo flew high in Europe as the club managed to win either the Premier League or the Champions League in each of the seven seasons.

‘Unbreakable Scottish connection’: When he founded Liverpool in 1892, first Liverpool chairman John Houlding went to Scotland and signed 13 players for the club. Since then, Liverpool have never won a league title without a Scottish player in their squad. 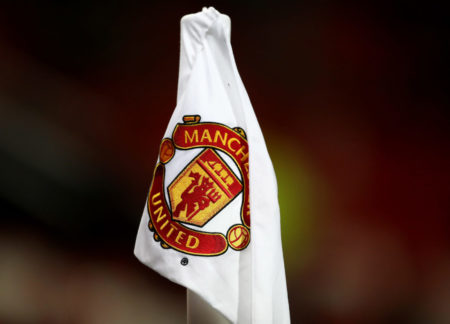