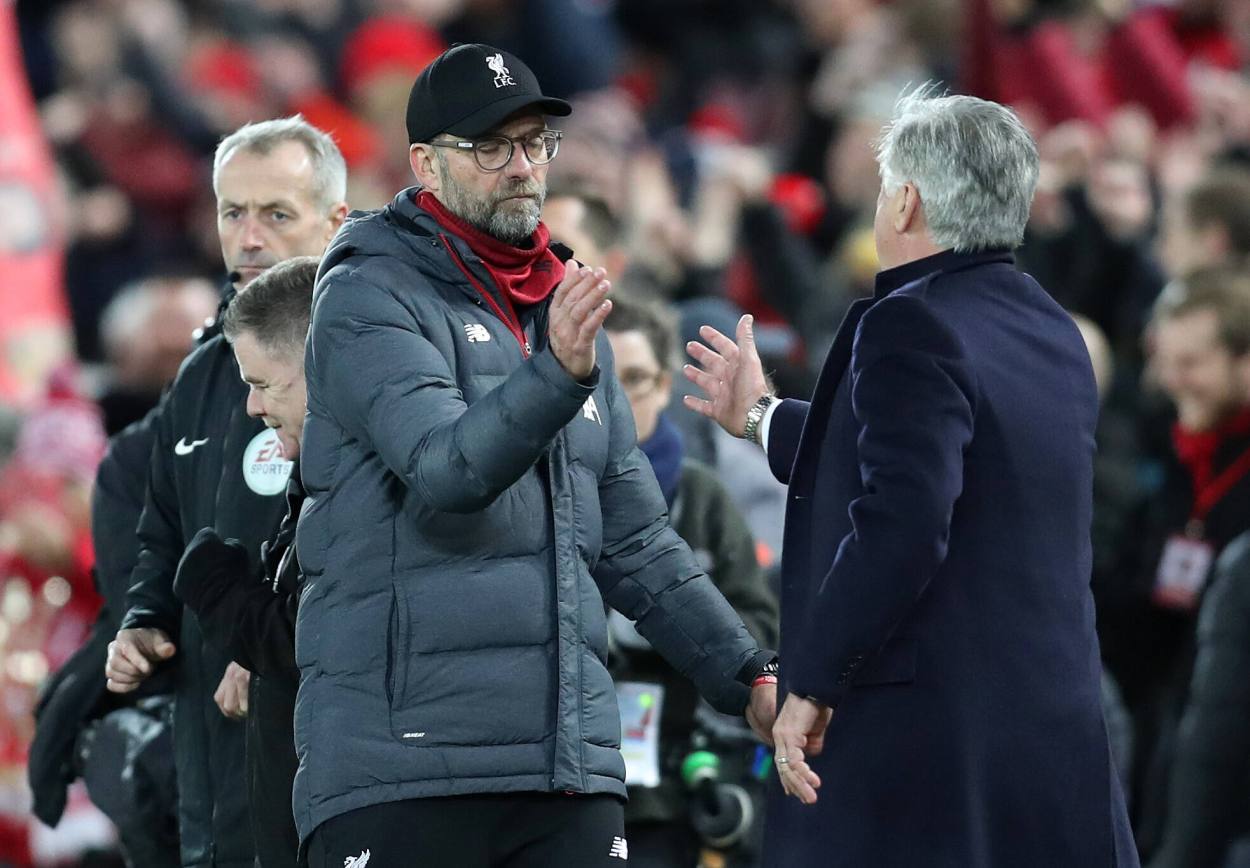 Everton at an empty Anfield on Saturday night.

Jurgen Klopp’s men have lost their last three home games in the Premier League, only a few weeks after Burnley ended their run of three-and-a-half-years without a defeat at home soil. They have resultantly fallen to 6th in the table, only three points above their Saturday’s guests.

Everton also have a game in hand and could therefore go above Liverpool if they win both this Saturday’s clash at Anfield and the game in hand. Doing that, however, is easier said than done given that the Toffees haven’t won at the home of their city rivals in the Premier League in the 21st century.

Fabinho and James Milner are expected to miss out on this Saturday’s clash due to muscle and hamstring injuries respectively, while Alisson Becker is also a minor injury doubt for the game after he wasn’t seen training with the rest of his teammates on Thursday.

Diogo Jota and Naby Keita are also expected to watch the game from the sidelines. The former is yet to resume full contact training, while the latter, who has been training with the rest of the Liverpool squad, hasn’t attained match fitness yet.

Everton, however, have been handed a double injury boost ahead of this Saturday, with reports confirming that both Dominic Calvert-Lewin and Allan have recovered from their respective injuries and should be fit to be in the Toffees starting XI on Saturday.