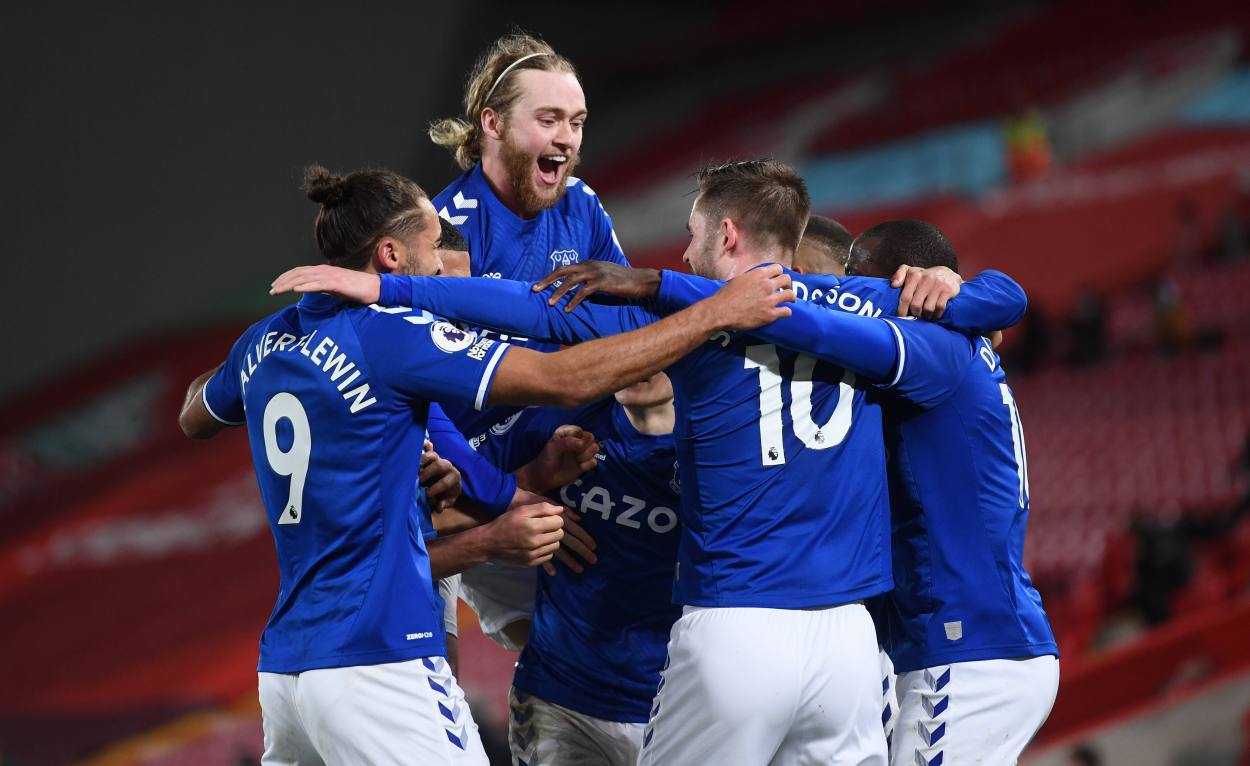 Everton beat Liverpool for the very first time at Anfield since 1999 as Carlo Ancelotti’s men close the gap on top four.

Toffees produced an outstanding display in the Merseyside derby to claim a 2-0 win. It was Everton’s first Merseyside win anywhere since 2010.

Klopp’s men found themselves behind inside three minutes when James Rodriguez played Richarlison through who then slotted home to beat Alisson. Liverpool responded and captain Jordan Henderson’s shot was well saved by Pickford.

Everton goalie kept his team’s lead intact and saved efforts from Sadio Mane and Mohamed Salah. Carlo Ancelotti then brought in Dominic Calvert-Lewin in the second half and the English forward won a penalty which was converted expertly by substitute Gylfi Sigurdsson.

The defeat means defending champions Liverpool move down to sixth in the table, 16 points behind leaders Manchester City.

“It is [tough to take] but we conceded this early goal which was completely unnecessary and have to defend it better. I don't like to talk today about the good stuff because we lose the game and we feel that deeply. I have to use it tomorrow and it is our lifeline to keep going.”

“We are really happy, really pleased. After a long time, Everton are able to win at Anfield, it is a good gift for our supporters. The performance was good. We were focused, worked hard and when we had the opportunities we were clinical.”